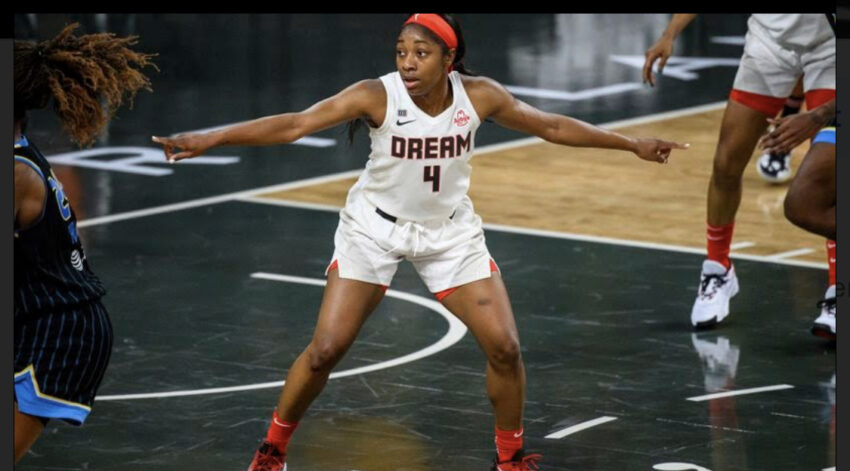 Aarion “Aari” McDonald is a WNBA player currently playing for the Atlanta Dream. McDonald was awarded WNBA All-Rookie Team and scored an average of 30 points, 1.6 rebound points, and 2.0 assist points per game.

Growing up in California, McDonald impressed her coach and her high school’s basketball team with multiple triple and quadruple scores during gameplay. After graduating from high school, she committed to the University of Washington and played for the Huskies women’s basketball.

Although her injury delayed the first seven games, McDonald rewarded Pac-12 All-Freshman Team before transferring to another university. At the end of the season, she transferred to the University of Arizona and played for the Wildcats women’s basketball.

McDonald wasn’t eligible to participate in the gameplay until her sophomore year at the University of Arizona. Finish her first season with 890 points and led a record-breaking as the first player to score over 800 points in a single season. McDonald’s awarded the All- Pac 12 first team and All-defensive team.

McDonald became one of the top five prospect WNBA players throughout multiple media, and eventually, the Atlanta Dream chose her in the 2021 WNBA draft.

As the 2021-2022 WNBA season begins, McDonald comments on this season’s difference as they were changes to the coaching team, training camps, and players on the team. She let the Lord guide her on the basketball court and prayed the team could win a championship title.