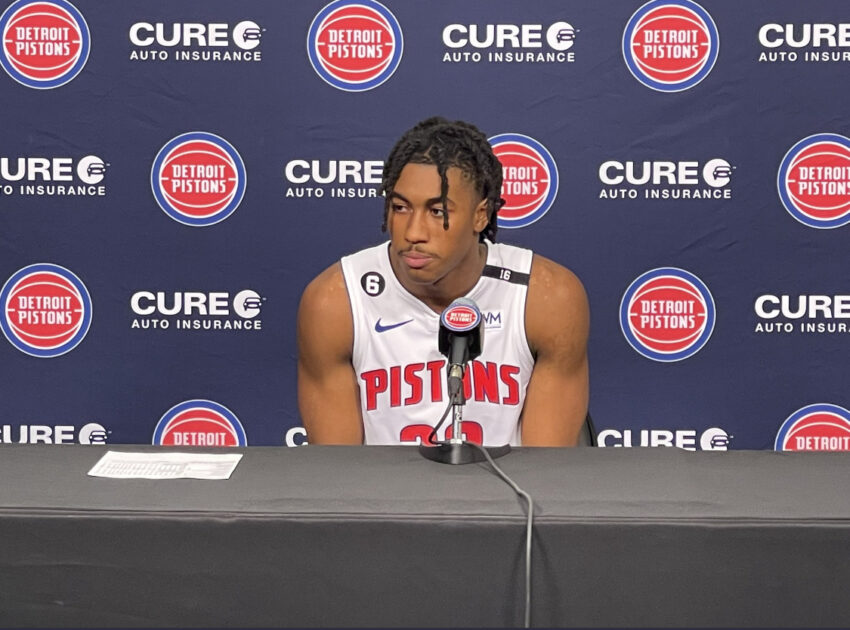 Over the last four months, Jayden Ivey hopes to help the Detroit Pistons win an NBA championship title since 2004.

The Detroit Pistons craved to capture their fourth championship since the playoffs in April 2016. The decision to choose Jaden Ivey during the 2022 NBA draft gives the Detroit Pistons a chance to rebuild their team around his talent and the entire roster.
Following his family’s footsteps in playing sports, Ivey was picked by the Pistons as the fifth overall.

Ivey is eager to prove his worth on the team and capture NBA titles, such as MVP, Rookie of the Year, All-First Rookie Team, and more.
His mother, Niele, a former WNBA player and Head Coach, became emotional after her son chose to join the Pistons and was proud of his achievements in life.

During the pre-season, the Pistons won the game against Portland Trail Blazers. Ivey made 20 points, 6.0 rebound points, and 6.0 assist points during his tribute.

During the game against Orlando Magic, they’ve achieve a score of 113 to 109. Ivey scored 19 points, 3.0 rebound points, and 4.0 assist points during the game.
Although the Pistons have more losing streaks than winning, they have chance to regain their victory in the next game on Thursday night, Novemeber 17, against the Los Angeles Clippers.

Will Jaden Ivey shine to help them win and regain their fans’ cheers or the Clippers give them another loss added to their record?