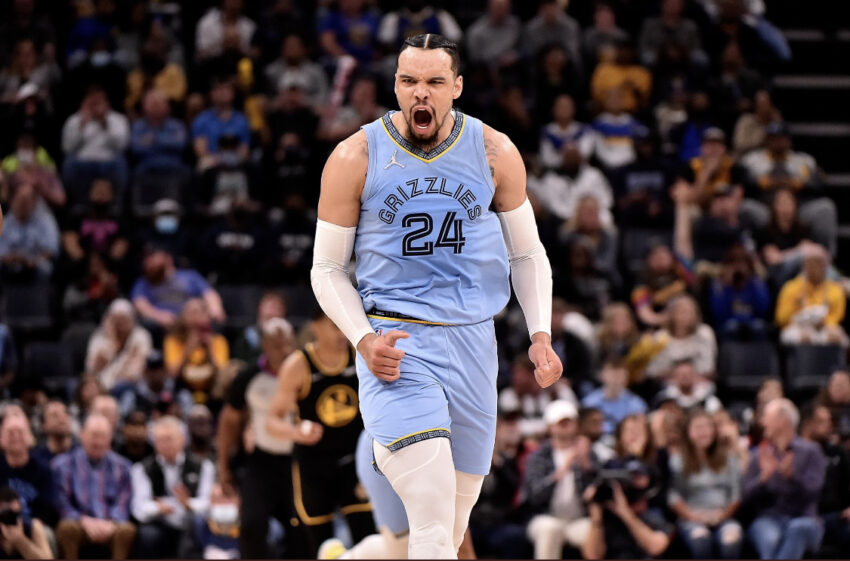 The Memphis Grizzlies closed in on clinching the number two seed in the Western Conference playoffs with a 123-95 win over the Golden State Warriors on Monday night. Desmond Bane dropped in a team-high 22 points, while Dillion Brooks and De’Anthony Melton score 21 points for the Grizzlies who won the season series over the Warriors and moved within one win — or one Golden State loss — from earning the West’s second seed behind the Phoenix Suns.

Despite a 25 point performance from Jordan Poole, the Warriors lost for the sixth time in their last seven games. Golden State chose to rest veterans Draymond Green, Klay Thompson and Otto Porter Jr. on the seventh day of a five-game trip that featured a pair of back-to-backs. The Warriors were coming off a 123-115 loss at Washington on Sunday night.

Bane did a majority of his scoring from outside the three point arc, going 5-6. Melton was 5-9 from deep, as they combined for ten out of Memphis 12 threes.

Kyle Anderson score 13 points and Brandon Clarke had 12 for the Grizzlies, who have won nine of their last 10. Memphis’ Steven Adams and Xavier Tillman shared the game high rebounding honors with nine, while Tyus Jones logged a game-high six assists without committing a turnover.

Jordan Poole had 20 points for the 14th straight game for Golden State who fell for a fifth time in six outings since Stephen Curry suffered a foot injury.