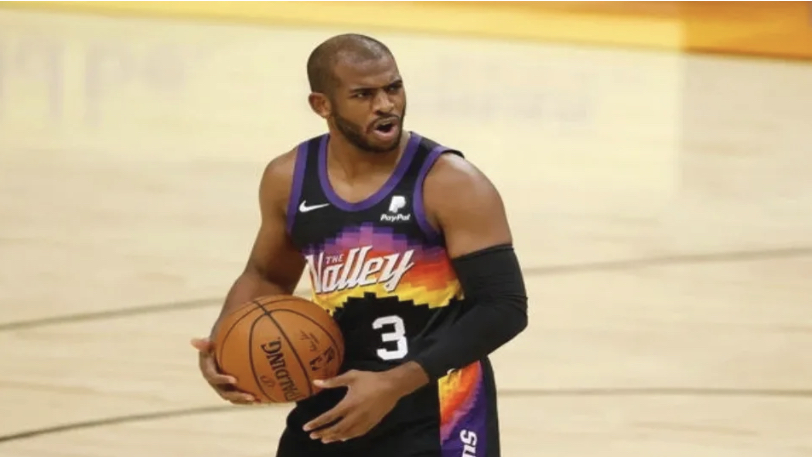 Very few players in the NBA could claim that they’ve led their team to greatness in the most effective ways, while many had to work towards reaching said greatness. Chris Paul’s leadership of the Phoenix Suns is nothing short of unique. To understand just how Chris Paul’s leadership means so much to a young team experiencing their first Finals, one must look back to a season ago.

When the Suns entered the NBA Bubble, expectations for them to win against the top teams were low. Though they went undefeated, Phoenix managed to garner some attention, despite not making the playoffs. The Suns were young, but they needed a veteran leader to mold them.

Paul became a free agent after an unsuccessful run with the Oklahoma City Thunder. Many speculated that CP3 would join a contender in order to reach the NBA Finals, but instead chose Phoenix. It was hard to believe that a multi-time all-star and elite level point guard would choose a young and developing team like Phoenix, but the combination would prove successful.

Pairing Paul with emerging star Devin Booker paid dividends for the Suns, giving them an effective backcourt duo, generating and propelling Phoenix’s offense. Even more so, the Suns climbed their way to the top of the Western Conference standings. This led to many talking about how Phoenix could be one of the teams to represent the West, but that would have to be proven.

During the regular season, Paul averaged 16.4 points and 8.9 assists per game. Though his numbers seemed normal from what he used to average in previous seasons, he was mentoring the Suns’ young core that also included Cameron Payne, Cam Johnson, DeAndre Ayton, and Mikal Bridges.

Once the playoffs began, all eyes were on the Suns, who took on the defending NBA Champion Los Angeles Lakers. This would be where Paul’s leadership would be tested. Paul suffered a shoulder injury during the series, but from the sidelines, he kept the young Suns focused on what they needed to do and eventually pulling off the shocking upset.

Paul was out once again for the Suns, this time under covid protocol, but his influence and leadership was still felt as the Suns managed to sweep another would-be favorite in the Denver Nuggets. After returning back in time for the Western Conference Finals against the Los Angeles Clippers, CP3 led Phoenix to their first NBA Finals appearance since 1993.

In his NBA Finals debut Paul recorded 27 points and 6 assists, with much of those assists going to Ayton, who would make a big splash in his Finals debut with 22 points and 19 rebounds, putting him in rarified company with Bill Walton. Paul’s influence would prove instrumental for Phoenix winning Game 1.

Game 2 saw the same result for the Suns, as Paul guided Phoenix to victory over a tough Milwaukee Bucks team. CP3’s floor general mentality made the game flow for Phoenix by making intricate passing plays to get the team involved and breaking down the Bucks’ defense. In that game, Paul had 23 points and 8 assists.

Though Phoenix may have lost in Game 3, they still control their own destiny in the Finals, holding a 2-1 lead over Milwaukee. Chris Paul’s leadership is highly effective in helping the Suns, having spent much of his time learning from past mistakes while always finding ways to be better. CP3’s leadership will pay off greatly, should Phoenix emerge victorious.