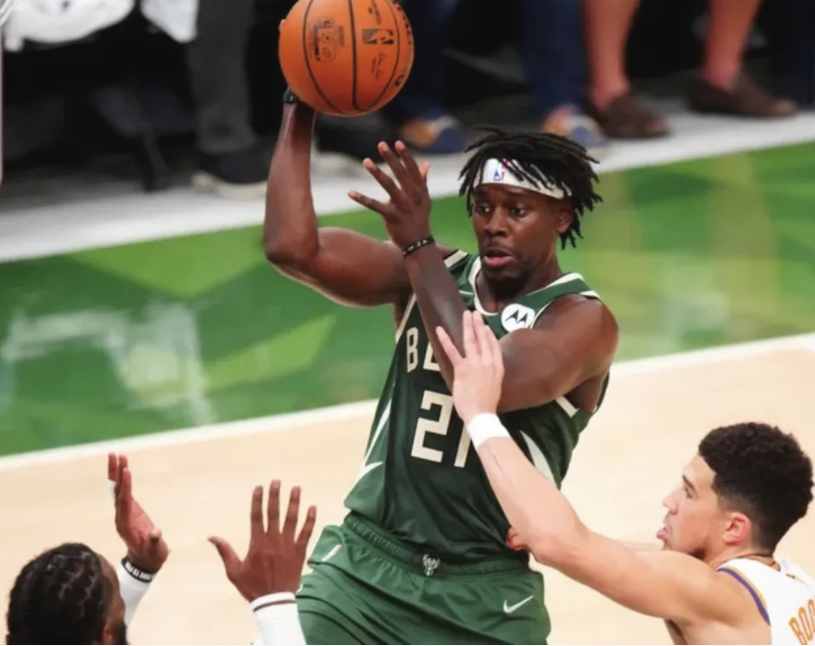 The Phoenix Suns lost their winning streak as the Milwaukee Bucks took the win in Game 3. The opportunity for the Suns to take back their score as they enter into Game 4 on Wednesday night against the Bucks. Both teams have waited for years to be part of the NBA finals as they share a history of failing to advance from their conference finals. The Milwaukee Bucks have previously won an NBA Championship in 1971 against the Baltimore Bullets.

However, the Phoenix Suns never won an NBA Championship for five decades, and their chances of winning the NBA finals could go down if they don’t work together to defeat the Bucks. During Game 1, the Phoenix Suns took the lead in the 1st quarter with 30 points. In the 2nd quarter, the Milwaukee Bucks couldn’t rebound the ball from the Suns scoring points and lead the end of the quarter with 49 points to 57 points.

In the 3rd quarter, the Suns keep their lead going as they work together to score their points by coordinating with their coaches and themselves on the basketball court. At the end of the 4th quarter, the Suns took their first victory in Game 1 as they defeated the Bucks with 105 points to 118 points. As they prepare for Game 2, they have hope to win another game to keep their lead through the NBA Finals.

In the 3rd quarter, the Bucks were determined to take back the lead as they feel jealous of their opponent’s teamwork. At the end of the quarter, they failed to block the Suns’ scores as they still in the lead with 88 points to 78 points. In the 4th quarter, the Suns feel confident as they start the last quarter strong. With an overall score of 108 to 118, the Suns took another victory, and the Bucks faces another loss in Game 2.

At the end of the quarter, the Suns lose the lead to the Bucks with 45 points to 60 points. As both teams entering into the 3rd quarter of the game, the Suns determine to regain the scoreboard to keep their winning streak. The Bucks wanted to prevent the Suns from regaining the lead, and to take the win in Game 3. At the end of 3rd, the Bucks are in the lead of 98 points to 76 points.

In the 4th quarter, the Suns need to win the game to keep their winning streaks. After failing to keep the Bucks from scoring points, they have been defeated in Game 3 with an overall of 120 points to 100 points.

The Bucks have made a comeback after two-game losses to the Suns, and now celebrate their victory in Game 3. Unfortunately, the Suns felt defeated after losing a game, and willing to practice their skills before the next game on Wednesday Night.

The Phoenix Suns willing to keeping their winning lead to become the new NBA Championship. Showing their fans that they’re the best team on the record and couldn’t afford to lose another championship title.

The Milwaukee Bucks could win another game against the Suns on Wednesday night with luck and determination. Not only did they previously win a championship title in 1971, but they’ll also provide to the suns and the fans that they are the best team on the record, and ready to claim their second championship title.