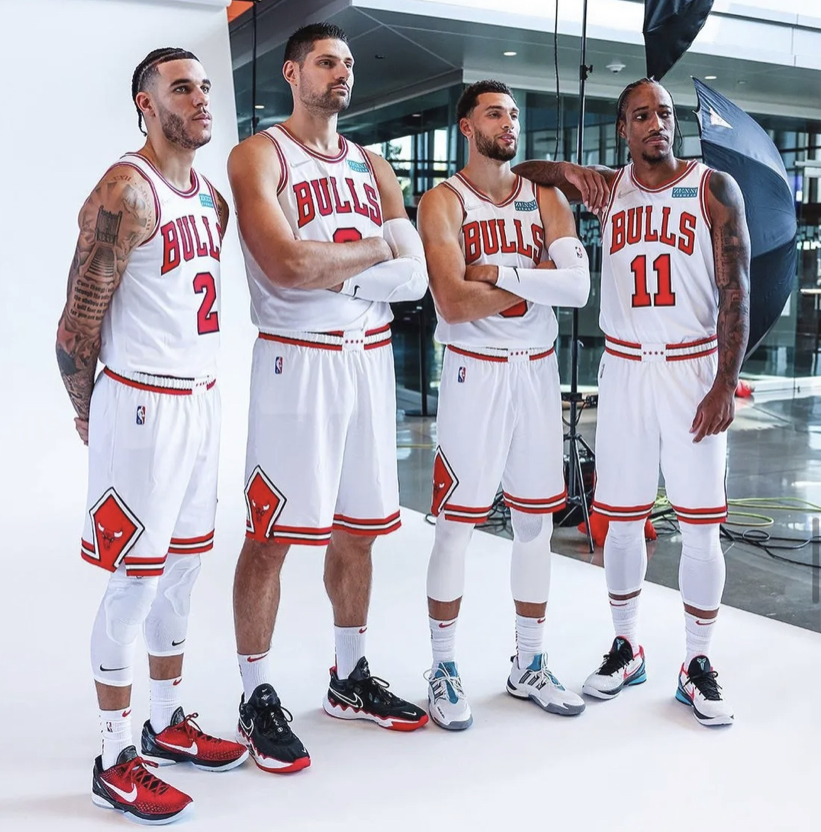 The 2021-22 NBA season is less than three weeks away and things are looking very interesting in the Eastern Conference. Last season, the Milwaukee Bucks won their first NBA Championship since 1971, with Giannis Antetokounmpo taking Finals MVP honors. The Eastern Conference looks to be more retooled than ever, from championship contenders to teams to keep an eye on.

The Milwaukee Bucks reached the top of the mountain, with Giannis leading the way. Though they lost some key bench players in the offseason, they are still considered as one of the favorites to reach the Finals again. However, they’re not the only team with this nod. The Brooklyn Nets are another team that many believe have a shot at reaching the Finals. Unlike the Bucks, however, they are currently dealing with Kyrie Irving and his stance on not getting vaccinated.

With the NBA looking to crackdown on players who refuse to get vaccinated, this could possibly hinder Brooklyn’s chances throughout the season. Should Irving eventually get the vaccine, the Nets will resume their projected course towards the start of the season. Should Irving remain staunch with his stance on not getting the vaccine, there’s another team that many should consider giving a slight nod to for a chance to represent the East in the Finals.

Last season, the Miami Heat were swept by the eventual champion Bucks, just one season prior to making the Finals, which included beating those same Bucks in five games. Since that time, the Heat retooled and got a lot deeper, acquiring Kyle Lowry, Markieff Morris, and PJ Tucker, who won a championship with Milwaukee. The Heat are looking for redemption this upcoming season, not just from last season, but also looking to win their fourth championship.

From one team seeking redemption to another looking to raise their game further, the Atlanta Hawks became the surprise team of the Eastern Conference. In last season’s playoffs, the Hawks defeated the New York Knicks and the much-favored Philadelphia 76ers. Trae Young and John Collins look to be the one-two punch combination Atlanta will need to contend against the top teams in the East. Keep an eye on Kevin Huerter, Bogdan Bogdanovic, and Cam Reddish to give the Hawks some firepower.

The Chicago Bulls went all-in during the midseason trade, which landed them Nikola Vucevic from the Orlando Magic, but it was the offseason that gave the Bulls some notoriety. Chicago acquired DeMar DeRozan, Derrick Jones Jr., Lonzo Ball, and Alex Caruso, giving them stars to work with Vucevic and Zach LaVine. With this array of new talent along with young players like Coby White, the Chicago Bulls could be a sleeper team that makes its way into the postseason through highlights and creative alley-oops.

For many seasons, the New York Knicks were the butt of every joke, whether it was missing out on the playoffs or not getting the coveted number one draft pick. That all changed when they reached the playoffs for the first time since 2013, albeit losing to the Atlanta Hawks. Since that time, the Knicks acquired Kemba Walker from the Boston Celtics, adding another all-star veteran to their ranks. Look for the Knicks to reach the playoffs again.

The Philadelphia 76ers suffered one of the worst collapses for a team in playoff history. After suffering a sound defeat against the Atlanta Hawks, the Sixers have dealt with Ben Simmons and the decision on whether to trade him or not. Despite the drama between Simmons and Philadelphia, they are still considered playoff contenders, granted that Joel Embiid can co-exist with Andre Drummond.

Another team that also in the same boat as Philadelphia, are the Boston Celtics. Unlike the Sixers, Boston don’t have any point guard issues, but they definitely had a change of personnel with Ime Udoka as head coach and Brad Stevens taking over Danny Ainge’s job. Boston acquired Dennis Schroder, Josh Richardson, and bringing back Enes Kanter and Al Horford. Look for some good matches between Boston and Philadelphia for the upcoming season.

Another team to keep an eye on are the Charlotte Hornets. LaMelo Ball had an impressive rookie season and looked to have the Hornets trending in the right direction. Though Charlotte missed out on the playoffs, there’s a good chance they can find themselves back in thick of it, whether it’s getting one of the six playoff spots or competing in the play-in tournament. Along with Kelly Oubre Jr., Gordon Hayward, Terry Rozier, and Miles Bridges, the Hornets could be another sleeper team that can get anyone’s attention.

The Indiana Pacers and the Washington Wizards are teams that are stuck between trying to reach the postseason and possibly hitting the reset button come next summer. Both teams have star players that are surrounded with developing talent, Indiana has Domantas Sabonis with TJ McConnell, Myles Turner, Caris LeVert, and Malcolm Brogdon, while Washington has Bradley Beal with Deni Avdija, Rui Hachimura, and Spencer Dinwiddie. The Pacers and the Wizards will be teams that are just stuck in the middle, but will ultimately have to decide what direction they will have to go afterward.

For the Toronto Raptors, there’s some good news and some bad news. The good news is that they have an enthusiastic star in the making with Scottie Barnes and an all-star in Pascal Siakam. The bad news is that they’re gonna have a hard time competing in the Eastern Conference. The one thing to say about the Raptors is that they have a lot of heart. Though they’ve acquired Goran Dragic and Precious Achiuwa in a sign and trade with the Miami Heat, there’s a good chance that the former may not stay around with the Raptors and could be bought out to play for another team. Nevertheless, Toronto will be a competitive team, but just how competitive will they be?

Finally, teams such as the Orlando Magic, Cleveland Cavaliers, and Detroit Pistons may have young talent, but they have a long way to go before they could ever contend for a championship. The Magic drafted Jalen Suggs and Franz Wagner, while the Pistons used their number one draft pick to select their future franchise player in Cade Cunningham and the Cavs drafting big man Evan Mobley. The main story for these three teams is seeing how their rookies will develop and lead their team heading into the future. It will be a challenge, along with some growing pains, but there will be a bright and contentious future for those three teams who look to make some noise of their own.

The Eastern Conference will be filled with storylines. Many believe that Milwaukee or Brooklyn could reach the Finals. However, teams like Miami, Atlanta, and even sleeper teams like Chicago may have a chance to do so, especially Miami, who are looking to write that wrong from last season.