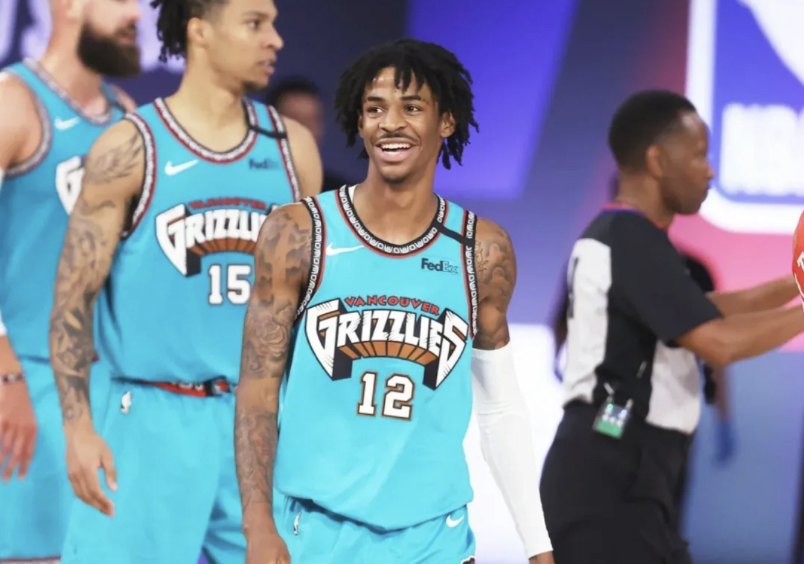 Ja Morant of the Memphis Grizzlies has emerged as a rising star in the NBA. Having averaged 19.1 points and 7.4 assists, Morant’s numbers will only increase throughout his career. The big question with Morant is if or when he will make the jump from rising star to all-star for the Grizzlies.

Ever since being drafted second overall by Memphis, Morant has managed to turn the Grizzlies’ fortunes around, becoming a much-needed franchise player since the departures of Marc Gasol and Mike Conley. From recording his first triple-double to winning Rookie of the Year honors, Morant looks to be on the right track towards being a top-tier star in the league.

Last season, Morant improved from his rookie season, recording a career-high 44 points and nine assists in a late December game against the San Antonio Spurs. In addition to taking the next step, Morant led the Grizzlies to the playoffs for the first time since 2017, albeit defeating the Golden State Warriors in the play-in tournament. Despite the upset, the Grizzlies would be eliminated against the Utah Jazz in the first round.

Already getting a slight taste of the postseason early in his career, the next step for Morant is to become an all-star. For Morant to take that next step, he would have to prove himself against the top guards in the league on a nightly basis. In addition, Morant will have to stand out amongst his fellow draft classmates.

Morant could another draft classmate in Zion Williamson in reaching all-star status, however, it would not be so simple. The Western Conference boasts some of the toughest talent from Russell Westbrook and Devin Booker to Luka Doncic and Donovan Mitchell. Morant will have to compare himself to these aforementioned players, if he is to become an all-star.

Studying the likes of these players will help Morant. Putting up baskets and assists is one thing, but Morant must be consistent every night for the upcoming season. That would mean keeping his scoring production in the mid-twenties to the thirties range, putting up nearly nine assists a night, and even fighting for rebounds.

Another department that could help Morant would be his defense. No one should be asking Morant to block shots like Rudy Gobert, but putting up defensive stops like getting steals and fighting for loose balls will be vital in his development.

In addition to possibly working on his defense, Morant will need to mimic his game after some of the greats. Morant could become another Chris Paul, with his command as a floor general. Another point guard great Morant can model himself after would be Jason Kidd, who can get his teammates involved in any play and can uplift their style of play.

Memphis may be a team stuck in the middle of the Western Conference but they are banking on Morant to be their star. You can believe that Morant will not only be an all-star, but someone to build their franchise around for years.