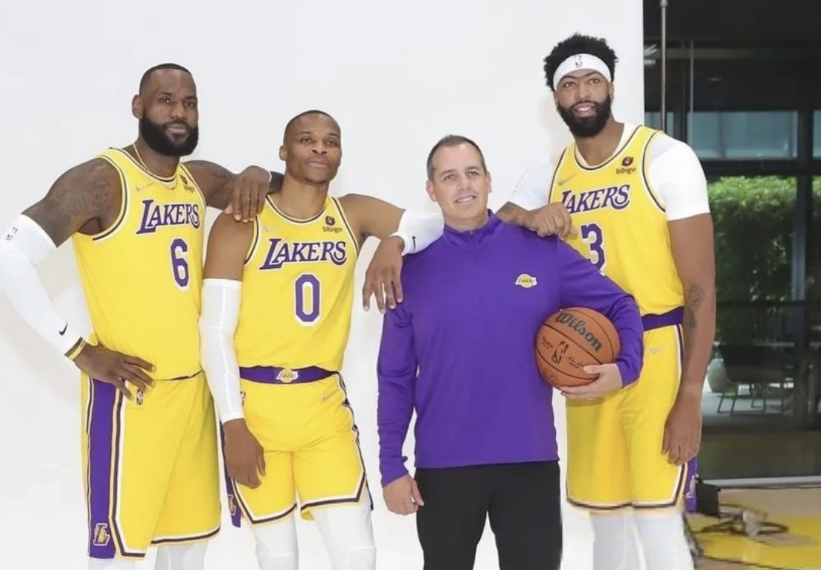 The 2021-22 NBA season is less than three weeks away and the competition has never been more intense, especially in the Western Conference. Last season, the Phoenix Suns managed to take the Western Conference crown for the first time since 1993, however, many believe they won’t be able to reach the Finals again. The Western Conference will be nothing short of intense battles and interesting stories to follow towards the end of the season.

As already mentioned, the Suns went on an unprecedented run last season, which saw them defeat the Los Angeles Lakers, Denver Nuggets, and Los Angeles Clippers to reach the Finals. Devin Booker and Chris Paul led a Suns team to prominence, but now the aforementioned teams have retooled, more specifically, the Lakers.

The Los Angeles Lakers assembled their superstar team around LeBron James and Anthony Davis in the free agency market, acquiring Carmelo Anthony, Russell Westbrook, Wayne Ellington, Kendrick Nunn, DeAndre Jordan, and Kent Bazemore, while also bringing back Dwight Howard and Rajon Rondo, who were part of their 2020 championship team. While the Lakers are loaded, the one concern for them would be avoiding age and injuries. Everyone is expecting the Lakers to come out of the West, but young and rising teams could prove costly.

The Denver Nuggets and the Utah Jazz are the two teams favored to take the Northwest Division crown this upcoming season, but one thing will help each them reach that goal. For the Nuggets, it would be the production of Jamal Murray, who has emerged as a top scorer along with Nikola Jokic. For the Jazz, they will need someone like Jordan Clarkson or Joe Ingles to take the next step into becoming a difference maker for them. Both teams will be neck and neck, especially when it comes to facing each other.

While on the subject of the Northwest Division, the Portland Trail Blazers and the Minnesota Timberwolves find themselves in different scenarios. For Portland, it’s all about keeping Damian Lillard satisfied while trying to make a deep run for the postseason. For Minnesota, it’s about getting back to the playoffs since 2018. The Timberwolves played through the month of May for the first time since 2004, which isn’t saying much, but with their young core developing around Karl-Anthony Towns, the Timberwolves could be a sleeper team that could possibly gain some momentum.

The Los Angeles Clippers reached the NBA Western Conference Finals for the first time in their history, and doing so with Kawhi Leonard sidelined with an injury. Though they didn’t make the Finals, it was the emergence of Terrance Mann and Paul George doing his best to lead in the absence of Leonard is what got the Clippers noticed. The Clippers are still overshadowed by the Lakers, mainly because of their free agency acquisitions, but a returning Leonard, a hungry Serge Ibaka, and Terrence Mann taking the next step could make the Clippers a team that could play spoiler.

Speaking of teams that could play spoiler, if they want to, the Golden State Warriors suffered through a lot of injuries last season, despite the stellar playing of Stephen Curry and Draymond Green. For this upcoming season, all eyes will be on Klay Thompson, who missed all of last season with a torn ACL. Thompson will surely be the X-Factor and how the season will go for the Warriors. Golden State will look to make the postseason, minus having to go through the play-in. The same can be said for the Dallas Mavericks.

The Dallas Mavericks, while still young, have found it difficult to get out of the first round in the postseason, albeit, against the Clippers. Luka Doncic has been nothing short of phenomenal, but he still needs help, mainly from Kristaps Porzingis. While the Mavs still have a core consisting of Tim Hardaway Jr., Dwight Powell, Dorian Finney-Smith, and Boban Marjanovic, they hope that newly acquired talent like Reggie Bullock and Sterling Brown will help Doncic and the Mavs a great deal heading forward. If not, there’s always a possibility of bringing Goran Dragic to Dallas.

The New Orleans Pelicans and the Memphis Grizzlies, much like the Mavs, are also a young team. But unlike the Mavs, they are young teams on the rise. Last season, the Grizzlies reached the playoffs, only to exit in the first round to Utah. The Pels, despite having all-stars in Zion Williamson and Brandon Ingram, still find themselves on the outside looking in. Could the upcoming season be much different for Zion and company? Will Ja Morant become an all-star for the Grizzlies?

As for the rest of the Western Conference, the Houston Rockets have hit the reset button to begin a new era for their team. Having drafted Jalen Green and Alperen Segun, the Rockets will see them as a duo to build around for the future. The same can be said for the Oklahoma City Thunder with Josh Giddey and their young captain, Shai Gilgeous-Alexander. It will be interesting to see the development of both Houston and Oklahoma City down the road.

Finally, the Sacramento Kings, much like the Spurs, also boasts young talent and a good mix of veterans. Unlike the Spurs, they haven’t reached the postseason since 2006. This upcoming season will be a challenge for Sacramento in the Pacific Division, which saw the other four teams compete in the postseason. De’Aaron Fox may be an all-star, but he will need Buddy Hield, Marvin Bagley III, and rookie Davion Mitchell to give some new meaning for the Kings franchise. Keep an eye on Davion Mitchell. If he’s anything like his brother, Jazz guard Donovan Mitchell, then the Kings may have found lightning in a bottle.

The Western Conference will be as intense as ever, with many believing that the Lakers have what it takes to win their 18th championship. However, teams like Phoenix, Utah, Denver, and the L.A. Clippers look to challenge the Lakers for that right to represent the West in the Finals come June.