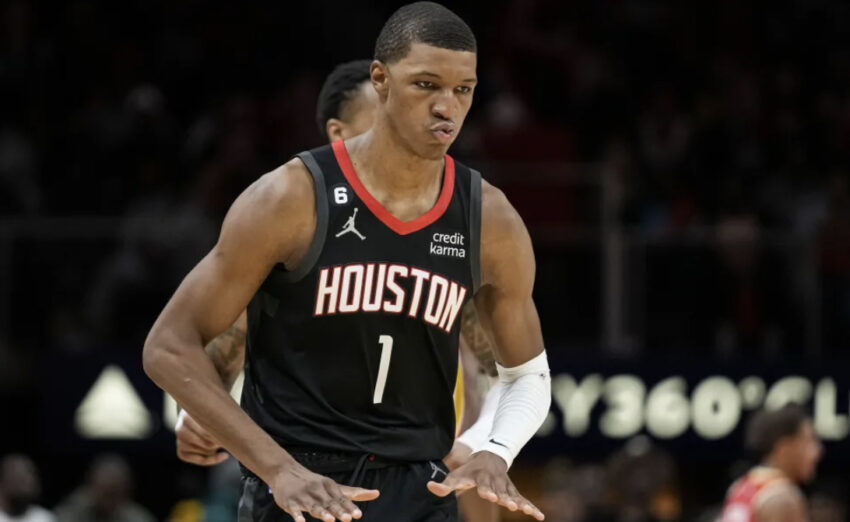 Jabari Smith Jr is an NBA player for the Houston Rockets as a Power Forward. He’s the son of Jabari Smith Sr, who played in the NBA for the Sacramento Kings, Philadelphia 76ers, and New Jersey Nets over five years before playing overseas.

Growing up in Fayetteville, Georgia, Smith began his passion for basketball at five years old with his father, Jabari Smith Sr, as his mentor and trainer. As a junior at Sandy Creek High School, he scored 24.5 points and 10.8 rebound points per game.

By the end of his senior year, Smith scored 24 points and 10.0 rebound points per game, which he named Mr. Georgia Basketball, Georgia Gatorade Player of the Year, and The Atlanta Journal-Constitution All-Classification Player of the Year.

He became the most talented player in his school and received offers from five universities. After considering the five university offers, Smith decided to attend Auburn University and play for the Tigers men’s basketball team for a balanced schedule as a student and athlete.

During his time at Auburn University, Smith averaged 16.9, 7.4 rebounds, and two assist points per game as a freshman, which helped the Tigers win a championship and ranked first in the AP(Associated Press) poll.
At the end of his first year, Smith earned multiple awards, such as SEC Freshman of the Year, All-SEC First Team, and Second Team All-American. On April 2022, Smith announced he was eligible for the 2022 NBA draft and was predicted as one of the top-three prospects for the first pick.

As a result of the good news, Smith forwent his remaining college credits to participate in the draft that year. On the day of the 2022 NBA draft, the Houston Rockets selected Smith as the third overall pick, which named him the highest draft pick from Auburn University.

Stay Tuned as Smith and the Houston Rockets goes against Utah Jazz on October 26, 2022. Will Jabari Smith Jr’s talent be enough for the team to earn another win, or the Jazz take away their victory?