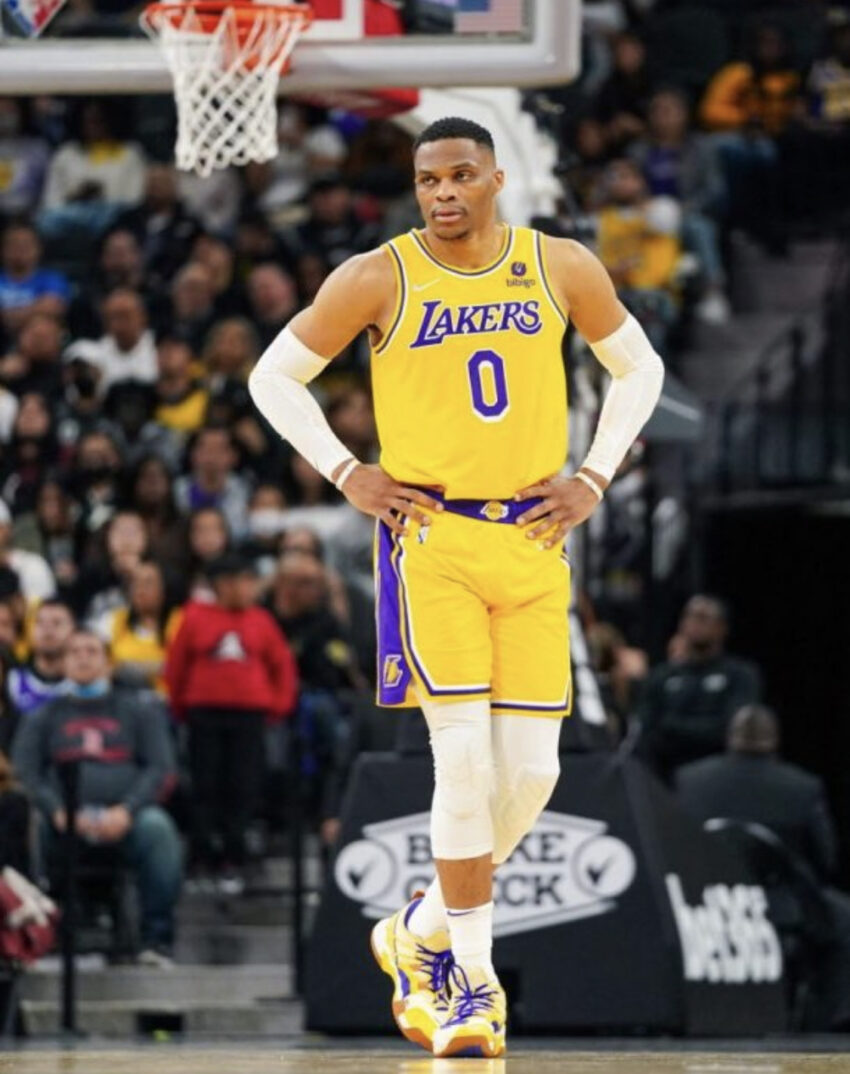 Superteams.Some people love them and others hate them. These teams sometimes lead to quality basketball such as the 4 year rivalry between Lebron James’ Cleveland Cavaliers, and Stephen Curry’s Golden State Warriors. Other teams try to replicate these so-called super teams and their whole season tanks. We saw that last year with the Brooklyn Nets led by Kevin Durant, and we’re seeing that happen right now with the current Los Angeles Lakers. Are Super teams really the answer to bringing in a championship, or does it really boil down to coaching and chemistry for a team to bring home a trophy?

Seth Curry said couldn’t have made the answer any clearer. In an interview about the Nets Chemistry last year, he stated, “We skipped that step last year. We came and kind of just showed up and played basketball and didn’t really know each other.” This revealed that the Nets struggled with finding who they work with the best, and it led to an off season full of drama. KD and Kyrie Irving were questionable to return until James Harden was picked up. The Nets had other struggles outside of just chemistry, with an unreliable Kyrie Irving being out for 53 games. Without Irving to bring in his average of 27.4 points on that season consistently and the lack of chemistry on and off the court, the Nets had an early exit in the playoffs. This is just one example of super teams who haven’t lived up to their hype. Nevertheless, this isn’t the worst super team we have seen, this would have to be given to the Lakers.

The Lakers were doomed to fall apart after the horrible 33-49 season that they had last year with no playoff appearance, and the consequences have fed into this year. They fired head Coach, Frank Vogel, and brought in Coach Darvin Ham, who didn’t make any major changes to the squad. After the 0-5 start and a 25th ranked offense averaging 108.8 points per game compared to the NBA average of 112.6 points per game it was time for Coach Ham to find a way to spark some offense in this team that had high expectations after signing Russell Westbrook.

His solution: Bench Westbrook.
In his 3 games as a starter Westbrook was having the worst season of his career. He was putting up an average of 10 points, 4 assists, and 6 rebounds. His numbers across the board were concerning, but the primary area of interest was the slump in his shot. He went 8% from the 3 point line, and went 28% on field goals. As a Former MVP these numbers don’t cut it and even last year Westbrook fell short on shooting. Last year, the 3 point percentage average across the NBA was 35.4% and Westbrook only had an average of 29.8%. As a point guard in a league where centers are now able to play anywhere on the court, you have to be able to hit a 3 or you really aren’t that effective.
Let’s take a look at Stephen Curry for example. Yes, his handles are amazing and he’s able to open opportunities for guys like Klay Thompson, however he has only had one season that he has had less than a 35% 3 point percentage, and Westbrook has never shot over 35% from the three. Curry currently has a 43% 3 point percentage, which is almost 14% better than what Westbrook is doing at this current moment. There are even centers who are averaging a higher 3 point percentage than Westbrook, such as Dallas Mavericks player Christian Wood with a 41.9% 3 point percentage. This is honestly sad for a point guard to be doing so poorly, so Coach Ham really doesn’t have a choice but to find a way to get Westbrook out of the slump with his shot.

In the 4th game of the season, Russell Westbrook was inactive due to a Hamstring injury, and with his return to the 5th game of the season, it was perfect timing for Coach Ham to put his experiment into play. Westbrook was officially moved to the 2nd unit and his performance has drastically improved. Westbrook as a 6th man is now averaging 18.3 points, 8 assists, and 5 rebounds. He still is averaging about the same in terms of minutes, going from just 28.5 minutes to a small jump to 29.6 minutes.

This is the lowest amount of playing time Westbrook has ever had, and there’s a secret that has gone overlooked.
The secret…Russell Westbrook is not a good “big 3” type player, and to get his full potential out of him he needs to be put in a position where the ball gets in his hands. There’s multiple examples of this on multiple teams. This secret is also the reason that Russell Westbrook will most likely continue to come off of the bench.

Westbrook is most famous for his time at OKC. He was part of a young trio that included James Harden and Kevin Durant, and this team excelled and made it to the finals giving all 3 players a lot of hype early in their careers. Westbrook was one of these players and in his time with this big 3 he was putting up great numbers. Between 2009-2012 He was averaging 20 points per game, 7 assists per game, and was even managing to grab about 5 rebounds as a point guard.
Each one of these players had something different about their playing style and what they could contribute. Coach Scott Brooks understood this about each one of their games and led them to the finals. Durant is a 7 foot inside/outside threat who can grab rebounds, Harden was the player who could shoot on the outside and drive in if he needed to, and Lastly Westbrook was the explosive point guard who could drive in and get a finish, or he could bring in another defender, and dish the ball off to one of his teammates. This was the ideal “big 3.” In 2012 the young trio was separated after Harden went to the Rockets. Durant and Westbrook still strived off of eachother for a couple of years doing some great things, however it’s interesting to take a look at what Westbrook did without another all star player on his side.

In 2016, Durant left OKC, and joined the Warriors squad leaving Westbrook down to the last all star left on the Thunder. The following season could have been a disaster since one of the center pieces of the offense was gone, however Westbrook put the team on his back and led the team to 47-35 putting them above 500. In the following 3 seasons, Russell Westbrook averaged a triple double, and he even had the best season of his life leading him to getting the MVP title. In the 2016-17 season Westbrook averaged 31.6 points, 10.7 rebounds, and 10.4 assists proving that he could execute without the players that he went to the NBA finals with. He broke Oscar Robertson’s record for triple doubles with 42, and also became one of two players that had averaged a triple double on a season. He continued this triple double average until he was traded to the Rockets for a season, but once he got traded to the Wizards, he bounced right back on track with his triple double averaging 11 rebounds, 11 assists, and 22 points. It’s safe to say that Westbrook needs to be on a team that will rely on him. He is not getting that with the Lakers.

The Lakers offense is centered around Lebron James, and Anthony Davis, making it hard for Westbrook to put up the same numbers he has had in previous seasons. He is part of a big 3 in Los Angeles, however Westbrook is a take charge player, but when he is in with Lebron James he goes from being the 1st option to being the 2nd or even 3rd option when Anthony Davis is in. For the remainder of the season Westbrook will most likely come off of the bench, and he may be looking to go somewhere else after this season is finalized. He has switched agents, and has had some deals fall apart, so Westbrook will most likely finish off his season with the Lakers and then be the first of this big 3 to leave the team. With that being said, the Lakers should just continue to experiment with Westbrooks potential, that way they can get a good deal for him.

The Lakers will have a rough go for the rest of the season as Westbrook is not their only issue. If they want to succeed they need to shift focus from Westbrook to Anthony Davis.