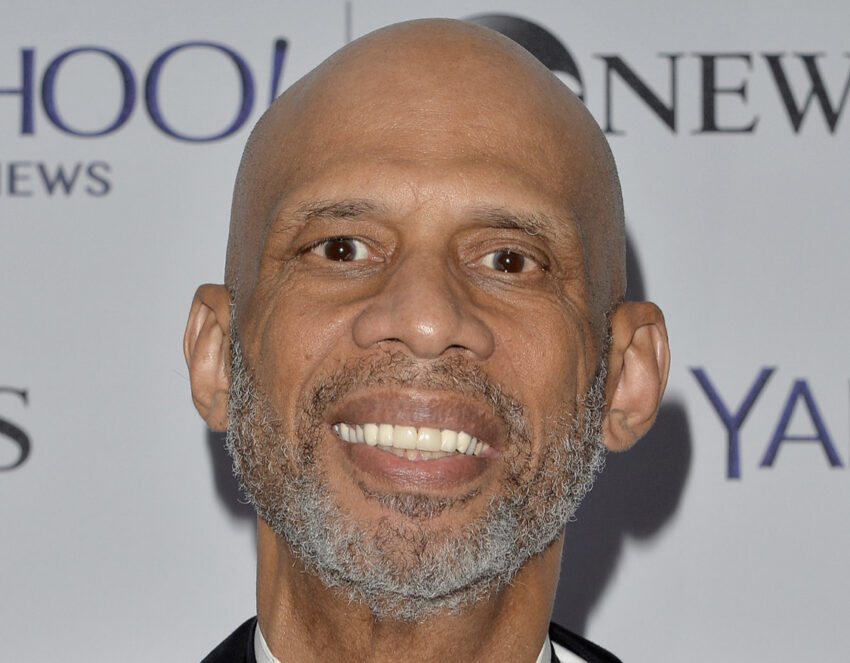 Growing up in Harlem, NY, Jabbar led the Power Memorial High School’s boys’ basketball team to three championship titles and 71-game winning streaks, which gave him the nickname The Tower from Power. During the 1960s, high school basketball athletes were not eligible to be accepted into the NBA until they graduated from college. After high school, he attended the University of California, Los Angeles or UCLA, and played for the Bruins men’s basketball team.

In November 1965, Jabber made his first appearance in UCLA’s annual varsity with over 12,000 fans watching the game. He shocked everyone by leading the freshman to victory with 75 points overall and became the first freshman to defeat the UCLA varsity squad. In 1966, he made his varsity debut as a sophomore and became the face of the Sports Illustrated cover after breaking UCLA’s single-game record with 56 points.
In the 1969 NBA draft, the Milwaukee Bucks picked Jabber to play for the team. His presence leads the team into second place in the NBA’s Eastern Division during the first season. Jabber became the second player to score at least 40 and 25 rebounds during the playoff games as a rookie.

In the 1970-1971 NBA season, the Bucks won their first championship against the Baltimore Bullets (currently known as the Washington Wizards), and Jabbar scored an average of 27 points, 12 rebound points, and 7.0 assist points per game. During the pre-season before the 1974-1975 NBA playoffs, he suffered a corneal abrasion in his left eye after catching a fingernail from another player. Due to his condition, he missed 16 games and returned to the Bucks in late November.

In the 1975-1976 NBA season, Jabber joined the Los Angeles Lakers and averaged 27.7 points and 16.9 rebound points per game. During the 1977-1978 playoffs, he retaliation against Milwaukee Buck’s Kent Benson from the elbow to the stomach. Because of his action, Bension suffered a black eye, and Jabber paid a $5,000 fine without suspension from the league. After 20 seasons playing in the NBA, Jabber retired and found interest in coaching basketball teams until 2011.

Nowadays, you’ll find his work in movies, tv shows, guest appearances on talk shows, and bestselling books (Giant Steps, Kareem, Black Profiles of Courage, A Season on the Reservation, Brother in Arms, and On the Shoulders of Giants).