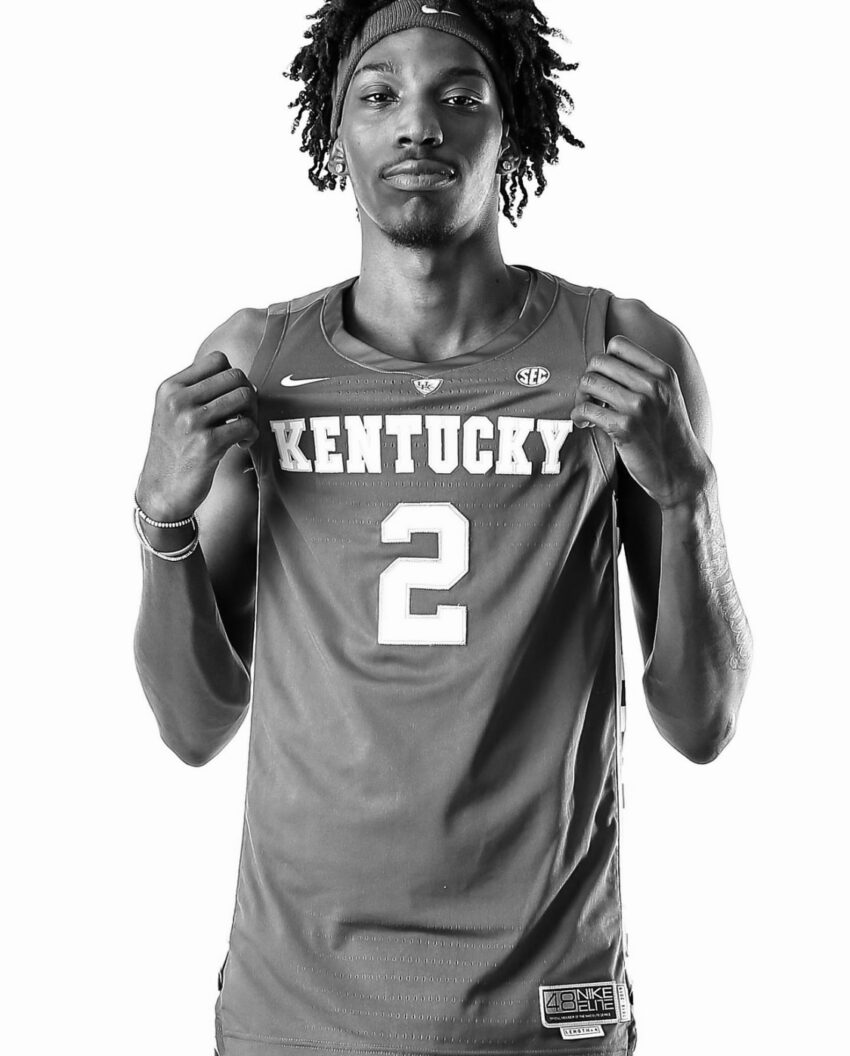 Aaron Bradshaw, a top five-star center in the Class of 2023 has committed to play his college basketball at Kentucky. He choose the Wildcats over Louisville, Maryland, Michigan, Oklahoma State, UCLA and the G League. Bradshaw is 7-0 Center from Roselle, New Jersey, who play this summer with the New Jersey Scholars and playing his senior campaign at Camden High School (NJ).

Bradshaw game show that he can stretch the floor vertically and to the arc. He is also a versatile defender who both protects the rim and can move his feet on the perimeter. He runs the floor very well on both ends. Bradshaw is still a working progress his game is getting better and is headed in the right direction. He had an outstanding performance in this years Peach Jam having three double-doubles.

Bradshaw joins a Kentucky class that already includes Justin Edwards, Robert Dillingham, and Reed Sheppard. Kentucky is also considered as favorites for top-ranked prospect D.J. Wagner who a teammate of Bradshaw on the high school and grassroots circuits. Wagner, Bradshaw and Sheppard are all expected in Lexington this weekend for Kentucky’s Big Blue Madness festivities.