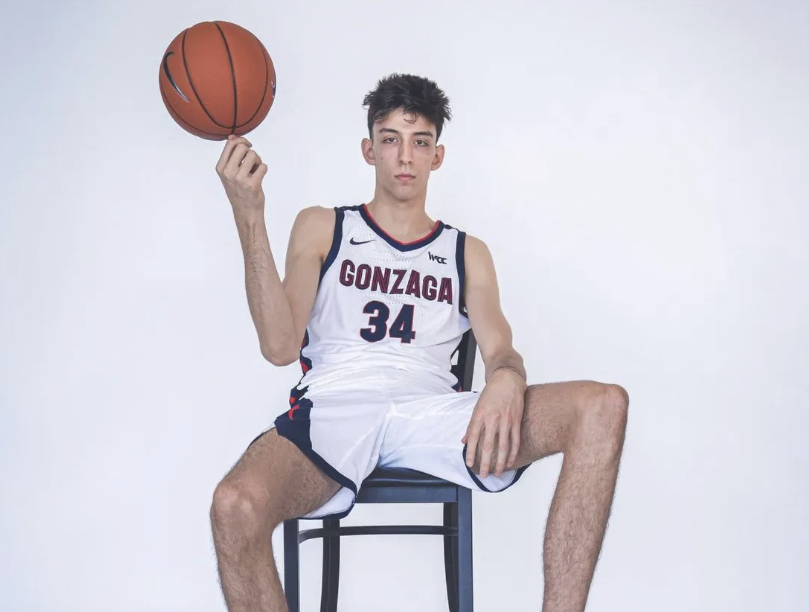 Chet Holmgren is a college basketball player who played for the Gonzaga University Bulldogs’ men’s basketball team. Growing up in Minnesota, Holmgren began his basketball practices with his father.
During his sixth grade year, Holmgren improved his shooting skills after suffering an injury to his right wrist.

During his high school, Holmgren averaged 15.0 points and 8.8 rebound points per game and was recognized as one of the highest ranked athletes in his class. Holmgren received multiple scholarships from NCAA Division 1 colleges and universities; however, he decided to commit to Gonzaga University and play for the Bulldogs men’s basketball team.

During his debut at Gonzaga University, he averaged 14.1 points and 9.9 points per game, which awarded him for 2022 WCC West Coast Conference) Defensive Player of the Year. Holmgren announced his eligibility for the 2022 NBA Draft in April 2022.
It could be Holmgren’s moment to shine in the NBA, leading a team to the championship title, just like his high school basketball team earned four championships. Will Holmgren succeed with his new team or fall short in his victory as a Rookie player?