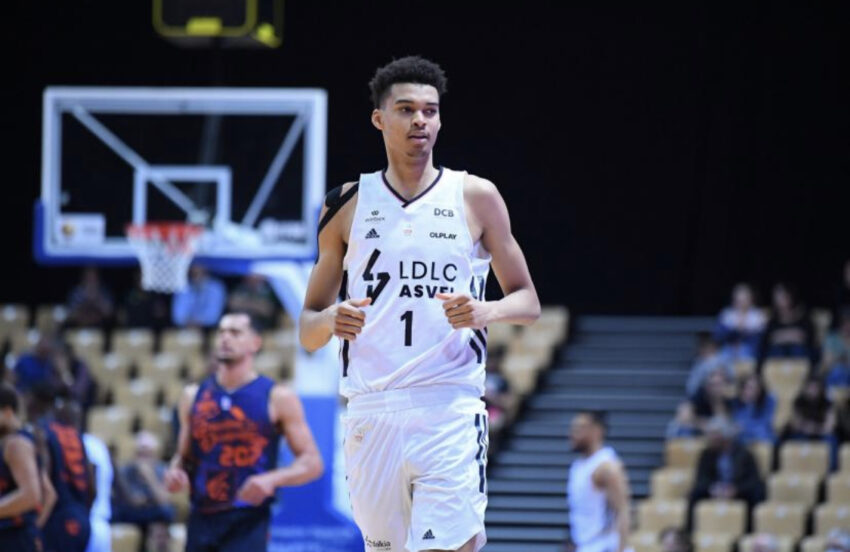 The NBA has become one of the most popular leagues in the world. With the impact stretching all over the globe. Year after year more international players are entering the draft and making an impact on the league. With that, Anthony Forrester gives you his top international players born in 2001 and up.

1) Victor Wembanyama | Center | 7’2″ | 210 | ASVEL ( France) | France | 2004 – Victor Wembanyama is a shot blocking specialist a real anchor on defense. On the offensive end Victor is a skilled scorer in the post and has very good footwork. Victor has a nice touch around the rim. With Victor size he is a lob threat and a good athlete thats has some pop under the rim. Good rebounder and and gets all over tip dunks very active around the rim.

2) Dyson Daniels | Point Guard/Wing | 6’6″ | 200 | G-League Ignite | Australia | 2003 – Dyson Daniels is a unselfish guard that is always looking to playmake. Dyson has good size and can play multiple positions. On the defensive end Dyson is a very versitilel defender and gets steals with his active hands. Dyson is a player that fills up the stat sheet making an impact on the game. Dyson court vision is incredible and helps his passing ability.

3) Jean Montero | Point Guard | 6’2″ | 175 | Overtime Elite | Dominican Republic | 2003 – Jean Montero is a creative offensive player that can score at a high level. Makes good decisions out of the pick & roll. Jean plays with amazing pace and can change gears. Jean is a shifty guard and can handel the ball really well. Jean is very fast in the open court and can finish at the rim very effectively. Can shoot the ball really well off the catch & shoot.

4) Nikola Jovic | Forward | 6’10” | 205 | Mega Soccerbet (Serbia) | Serbia | 2003 – Nikola Jovic has a strong frame for his size. Nikola is a skilled big that can play on the wing as a ball handler. Nikola has good vision and a good feel as a passer. Nikola can face up and beat defenders off the dribble. Nikola gets out in transition and runs the floor. Nikola has a nice floater in traffic. Nikola ability to rebound and start the break makes him a threat.

5) Ismael Kamagate | Center | 6’11” | 230 | Paris Basketball (France) | France | 2001 -Ismael Kamagate is an efficient finisher that scores on face ups, low block, cutsm and off lobs. Ismael runs the floor hard has good balance and footwork very light on his feet. Ismael transitions well form offense to defense. Ismael has broad shoulders and a very strong frame.  Ismael is a menace on the offensive glass.

6) Yannick Nzosa| Center | 6’11” | 175 | Unicaja ( Spain) | Congo | 2003 – Yannick Nzosa is really good with quick touch finishes. Yannick has a long wingspan which makes him a presence in the paint. Yannick runs the floor hard in transitions. Yannick plays with heart and hustle. Yannick has a knack for getting open because he is constantly moving.

7) Ousmane Dieng | Wing | 6’9″ | 185 | New Zealand Breakers ( New Zealand) | France | 2003 – Ousmane Dieng has good size at the wing and is a good pull up shooter. Very mobile and fluid in the open court. Ousmane first step is solid and mixes well with his handles. Ousmane is very skilled and has good court vision.

8) Roko Prkacin | Power Forward | 6’9″ 235 | KK Cibona (Croatia) | Croatia | 2002 – Roko Prkacin can score on the block or face up the defender and attack. Roko has a good size and frame for the modern day game. Roko isnt scared of contact and actually initiates it. Roko has a good motor and energy plays very hard. Roko is a tough player and very competitive.

9) Nikola Djurišić | Wing | 6’8″ | 215 | Mega Soccerbet (Serbia) | Serbia | 2004 – Nikola Djurisic is comfortable attacking off the dribble and has the foot speed to get downhill. A creative passer that likes to pass up in transition. Nikola is a playmaker in the pick & roll. Nikola is creative off the bounce.

10) Kymany Houinsou |Point Guard | 6’6″ | N/A | ASVEL | 2004 – Kymany Houinsou thrives as a scorer in transition. Kymany is showtime his ability to play with flash and flare brings excitement to his team. Kymany has a good combination of size, length, and athleticism. Kymany has aquick first step and burst that allows him to get in the paint at will. Kymany is a very willing passer that has amazing court vision.

11) Juan Nunez | Point Guard | 6’3″ | 180 | Real Madrid (Spain) | Spain | 2004 – Juan Nunez has a good feel for the game and court vision at the point guard spot. Juan has shown strong intangibles in his game. Juan has a nice floater game and a good finish package. Juan is a crafty guard that is confident and takes risk on the court. Plays with good change of pace.

12) Nathan Missia-Dio | Power Forward | 6’6” | Overtime Elite |Belgium |2004 – Nathan has solid handles that allow him to beat his man off the dribble and explode at the rim. Nathan has shown signs of becoming a better shooter from the mid-range and three-point. Nathan has solid defensive instincts and has all the intangibles to be a very good defender as he develops. Nathan has a ridiculous wingspan that is reported at 7’8”.

14) Tyrese Proctor | Guard | 6’4” | NBA Global Academy | Australian | 2004 – Tyrese Proctor is as good a shooter as you will find for a youth initiator prospect. As a space creator Tyrese is incredibly advanced. When he is making passes he does a really good job after he has collapsed the defense and kick out to an open shooter. Tyrese operates really well off the ball allowing for him to play alongside other ball handlers. Proctor’s touch around the rim is quite good and he will finish from tough angles.

16) Sidy Cissoko |Point Forward | 6’8″ | N/A | Iraurgi SB | France| 2004 – Sidy Cissoko can get downhill with longstride using his frame to his advantage. Sidy is an athletic slashing wing with some point forward potential in his game. Sidy is a very poised and patient player in the pick & roll. Sidy shows good scoring instincts. Sidy has a high IQ and good feel for the game. Sidy is an unselfish player that is a promising passer and playmaker.

17) Eli John N’Diaye | Forward | 6’8″ | 185 |Real Madrid (Spain) | Senegal | 2004 – Eli is a good spot up shooter. Eli has good size and strength that allows him to be a versatile finisher and defender. Eli is a strong force down low that is a monster on the glass. Eli athletic ability makes his presence felt on the court.

18) Moustapha Diakhaté | Power Forward | 6’9” | 200 | Baskonia | Senegal | 2004 – Moustapha Diakhaté uses his excellent footwork to create advantages in post-ups. His verticality is key here and he becomes difficult to stop with his combination of length and leaping ability. Diakhaté is an excellent perimeter defender who can switch on almost all the roles on the floor. Diakhaté is one of the best rebounders in his generation thanks to his timing and vertical leap.

20) Ege Demir | Power Forward | 6’10” | 245 |Akran Gemlik | Turkey | 2004 – Ege Demir is a good interior defender and primary rim protector. Ege is an interior self creator that is a beast down low. Ege is a good passer out of the post. Ege has good length and strength

21) Marouf Moumine | Combo Guard | 6’6” | Cardinal Newman | Cameroon | 2004 – Marouf is a versatile shooter and scores in a variety of ways. Marouf is an advance creator and a secondary initiator. Has very good size at the guard spot mixed with his athleticism. Marouf has defensive potential with his length.

22) Yaak Yaak | Center | 6’11” | Centre of Excellence | Australia | 2004 – Yaak Yaak is a very good interior defender. Yaak rim protection is elite and its only going to improve. Yaak can finish in traffic and hit spot-up jumpers. Yaak size and length makes him a problem on the court for opposing teams on how to deal with him.

23) Berke Büyüktuncel | 6’8” | Tofaş | Turkey | 2004 – Berke is a versatile perimeter defender. Berke is a really good cutter. Berke can be a good spot-up shooter. Berke can finish at the rim and is a secondary initiator. Berke displayed his ability to be a good rebounder cleaning everything on the glass.

24) Rayan Rupert | Combo Guard | 6’6” | New Zealand Breakers | France | 2004 – Rayan Rupert’s combination of length and defensive tenacity make him an intriguing prospect. Rayan has a presence on the court with his height and wingspan. Rayan is a guard that can score in multiple ways and impacts the game in so many ways. His frame and style of play brings comparisons to Mikal Bridges.

25) Dick Rutatika Sano | Forward | 6’9” | 213 | NBA Academy Africa | Rwanda | 2004 – Dick Sano is a very raw prospect but has the size and frame. Even though he is raw on the offensive side of things he impacts the game on defense and has a pretty good IQ on that side of the ball. Dicks hip mobility is pretty impressive. Dick’s first step is strong. Dicks second jump is excellent. Dick is currently one of the top prospects out of Africa.