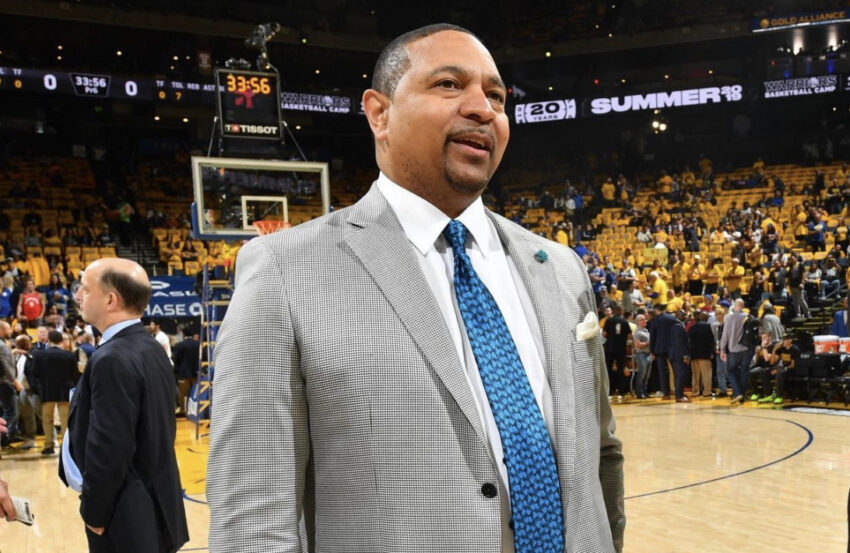 Mark Jackson was a veteran NBA player for 17 years and former Head Coach of the Golden State Warriors. He earned the 1988 NBA All-Rookie First team and Rookie of the Year and 1989 NBA All-Star awards.

Jackson scored 9.6 points, 3.8 rebound points, and 8.0 rebound points per game. He began his passion by playing basketball on his neighborhood court in Queens, New York. Jackson became one of the nation’s elite players recognized while attending his high school years.

In the 1987 NBA draft, Jackson was selected to join the New York Knicks and averaged 13.6 points and 10.6 assist points as a Rookie player. After five years, he was trade-in to the Los Angeles Clippers as part of the three-team deal.

During his time with the Los Angeles Clippers, Jackson’s assistance on the gameplay led the team to two consecutive playoff appearances. Jackson joined the Indiana Pacers to find team performance in the gameplay; however, they still missed the playoffs, which led to his decision to leave for the Toronto Raptors. With more opportunities as a Point Guard, he never looked back and played with the Raptors for 54 games before trading back to the Knicks in February 2001.

In October 2002, Jackson signed with the Utah Jazz for two years as a backup for John Stockton. However, there was friction and disputes in the Jazz’s locker room about Jackson should be the starting point guard instead of Stockton.

In January 2004, Jackson signed up with the Houston Rockets as a backup for Steve Francis and realized his motivation skills dropped, which ended his career as an NBA player.

In June 2011, Jackson was hired to be the Head Coach of the Golden State Warriors. During his first year coaching, the Warriors suffered severe injuries while adjusting to the new gameplay.

In the 2012-2013 NBA season, Jackson’s strategy led the Warriors to the Western Conference playoffs; however, they didn’t pass the semi-finals to the San Antonio Spurs. On May 6, 2014, Jackson was fired as Head Coach of the Warriors due to the owners’ urgent need to win a championship title.

Since retiring from NBA, Jackson enjoyed his role as an ESPN Game Analyst, spent time with his children, and preached the words of the Lord inside his church. Although he wants to coach another NBA team someday, Jackson will let the Lord decide what he’ll do next.