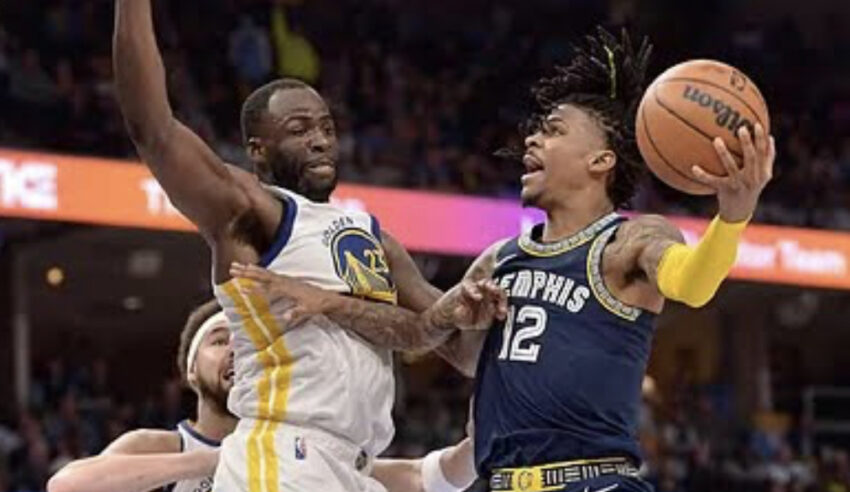 The Memphis Grizzlies even their series at one with the Golden State Warriors in the Western Conference semifinals with a 106-101 victory on Tuesday night. Ja Morant scored 47 points and the final 15 points to preserve the win for Memphis. In addition, he tied his postseason high as well.

After Steph Curry three point shot which gave the Warriors a 95-91 lead with 4:33 to go. Morant went on a tear, he hit a three to put the Grizzlies on top 98-97. Then Curry had a  layup, then Morant came back and score to give Memphis the lead for good with 1:42 to go.

Morant shot 5-12 from the trey, helping the Grizzlies outscore Golden State 42-21 from beyond the arc. He also had eight rebounds and eight assists, while Ziaire Williams had 14 points, Jaren Jackson Jr. 12 before fouling out, and Brandon Clarke 10.

Steph Curry led the Warriors with 27 points. Jordan Poole added 20, while Andrew Wiggins had 16 and Klay Thompson had 12 for Golden State. The best-of-seven travels to San Francisco for Games 3 and 4 on Saturday and Monday.