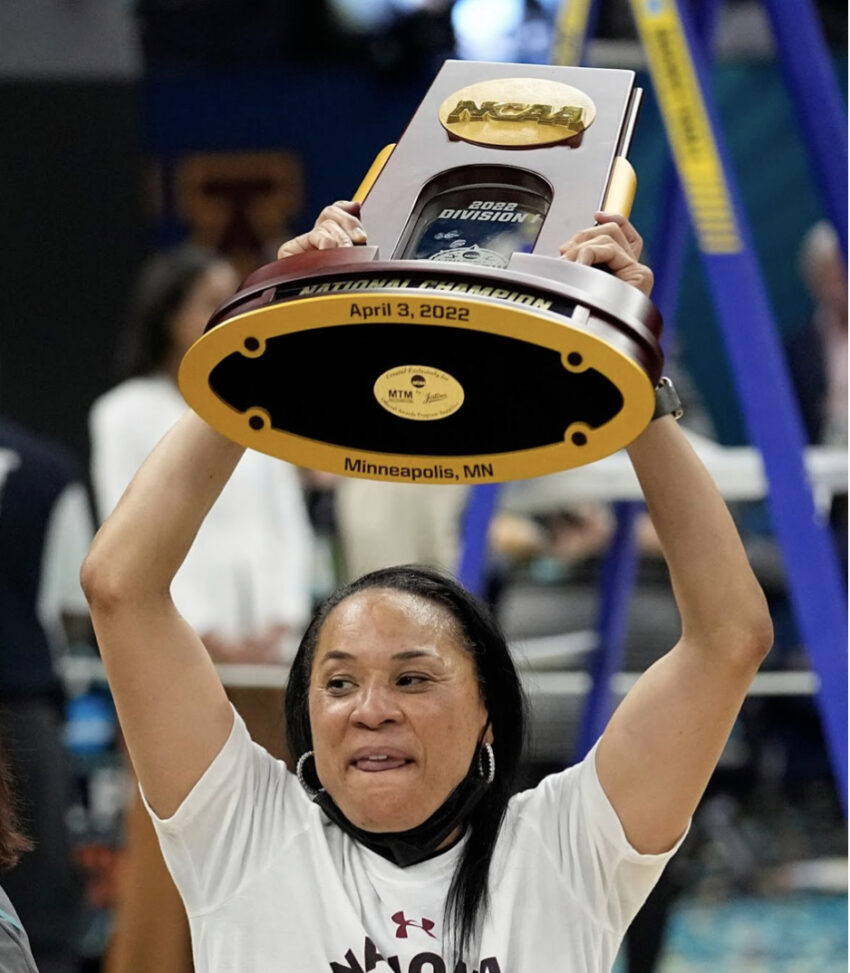 After a victory over Connecticut Huskies on Sunday night, Head Coach Dawn Staley is proud to lead the South Carolina Gamecocks women’s basketball their 2nd championship title since 2017. She mentions that her journey as a coach is gratifying and pressure coming into the NCAA tournament.

Dawn Staley is a former WNBA player (1999 to 2006) and Head Coach of the South Carolina Gamecocks women’s team. Outside of her career, Staley has a Havanese dog that she enjoys taking care of and exercising on the Pelton bicycle and rowing machine.
She runs an organization called “Dawn Staley Foundation” and assist young girls to developed leadership, teamwork, and social skills. They also offer services to mentoring, self-confidence, and civic pride.

Growing up in the projects in Philadelphia, Pennsylvania, Staley began her passion as a basketball player at Dobbins Technical High School and helped them win three consecutive League championship titles. In 1989, she went to the University of Virginia and played for the Virginia Cavaliers women’s basketball team.

Throughout her three years of college, she received numerous awards for her talent and skills. In 1994, Staley completed in the United States National Team and scored an average of 9.3 points and 5.8 assist points per game.

In 1999, she decided to enter the WNBA draft and play with Charlotte Sting for six years. Toward the end of her first season, she ranked third place with 9.3 points and 5.6 assist points per game. In April 2000, Staley took the offer to be a coach for Temple University’s Owls women’s basketball team while still playing for the Sting.

In August 2005, Staley played with the Houston Comets and then announced she’ll be retired from playing in the WBNA when the season was over.

Under Staley’s leadership, the South Carolina Gamecocks women’s basketball team received multiple awards, championship titles, and appearances in public. The players are blessed to have a head coach who cares about their success and achieving the goals they possibly can now and in the future.