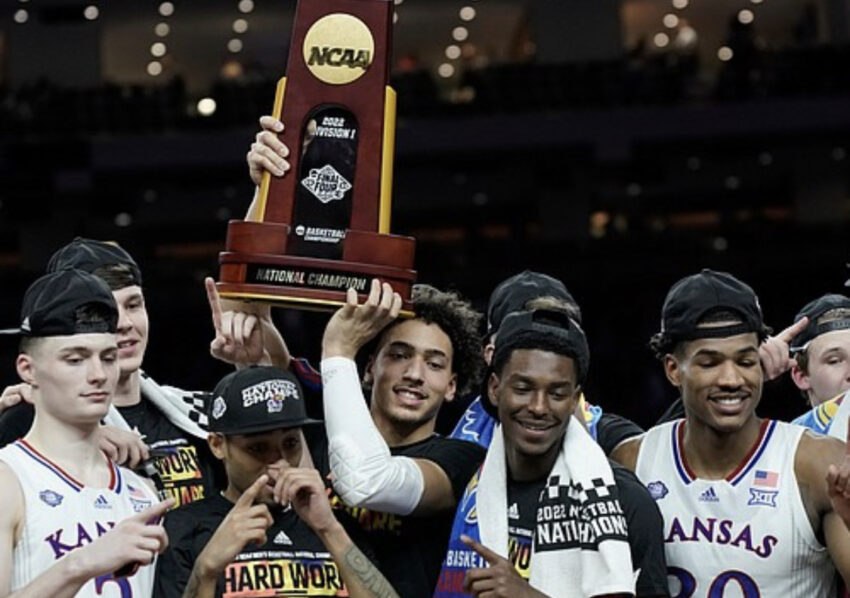 Kansas found themselves down 40-25 at halftime against North Carolina in the men’s basketball national championship Monday evening in New Orleans. Then in the second half the Jayhawks outscored the Tarheels 47-29 in the second half to pull off the biggest comeback in championship history. The game went back and forth in the second half with the two sides exchanging leads. That’s when senior forward David McCormack scored two consecuive late buckets to give the Kansas the 72-69 win.

Kansas trailed by as many as 16 points in the first half but overcame the biggest deficit to win an NCAA title game, topping the 10-point deficit Kentucky overcame against Utah in 1998. Kansas trailed by one point when McCormack, who finished with 10 rebounds, rebounded his own miss and scored on a layup for a one-point lead with 1:21 left. After a North Carolina turnover, McCormack made a hook shot from the lane for a three point lead with 22 seconds left.