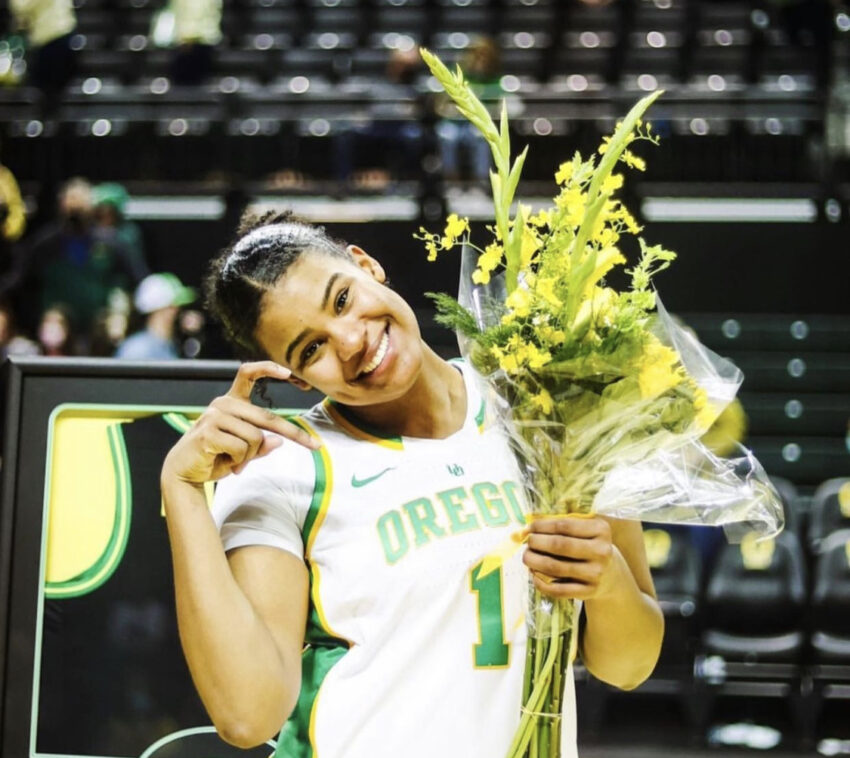 Oregon forward Nyara Sabally has declared for next month’s 2022 WNBA Draft. Sabally led the Ducks with 15.4 points, 7.8 rebounds and 1.4 blocks per game this season.

Sabally quoted “It was an honor to put on the Ducks jersey and play at Matthew Knight (Arena),” she posted Monday night on Twitter. “I will forever cherish my time here, and I hope that I was able to inspire the people in Eugene that have shown me unwavering support the past four years.”

She is projected to be a top five pick in the 2022 WNBA Draft.