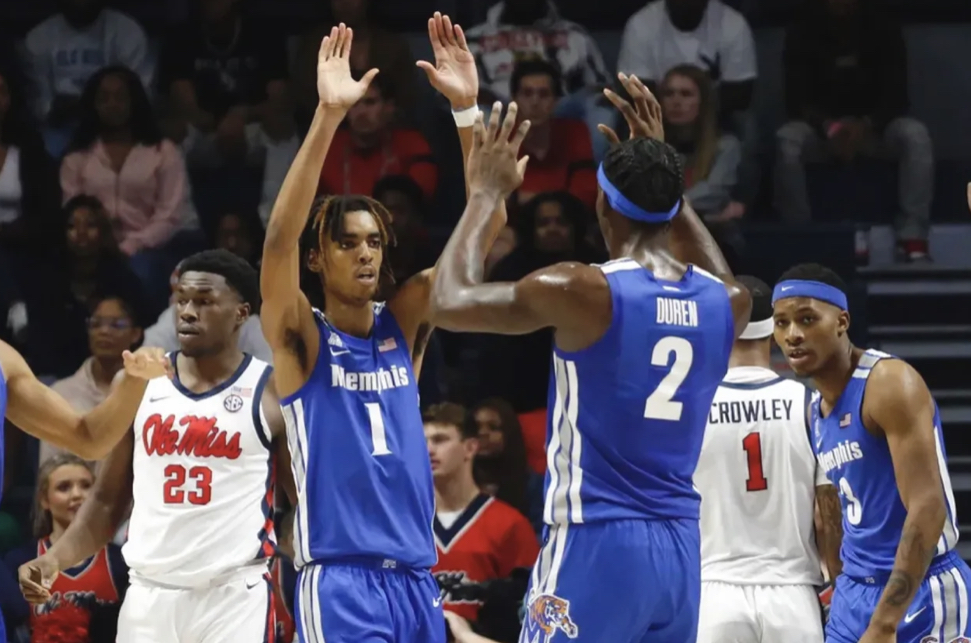 The Memphis Tigers, led by third-year head coach Anfernee “Penny” Hardaway, have been the talk of the college basketball season thus far; this being in spite of their 6-4 record overall.

One may ask: what is the draw in regards to a team that is barely above .500? The answer: drama, and tons of it. From Memphis’ losses to sub Top-100 KenPom teams in Georgia (currently ranked No. 177) and Ole Miss (currently ranked No. 109), to their statement win against the sixth overall team in the AP Poll (Alabama, who is currently ranked No. 16), to their recent game postponement due to COVID-19 within the team – which was the result of contact tracing, and only having four players eligible to play (who were all vaccinated).

All of this in itself would make for a compelling storyline thus far into the college basketball season; however, it could be argued that none of it would be nationally relevant without the presence of two of the most intriguing prospects to date: 17-year-old Emoni Bates and newly turned 18-year-old Jalen Duren.

Both of these prospects forgoed their high school eligibility by reclassifying so that they were eligible to sign as a member of the class of 2021; and subsequently, both decided on committing to Coach Penny Hardaway’s squad at the University of Memphis. This, of course, sent shockwaves through the basketball landscape; and made Memphis, a school that had won the NIT Championship the year prior, everyone’s favorite contender to be the final team standing in the first week of April.

And for the first few weeks of the season, this looked to be true. Memphis – a team that prided itself on the defensive end of the floor last year, finishing No. 1 overall in KenPom’s adjusted defensive efficiency rating – started off with a winning streak of 5-0, and did so by playing both Bates and Duren heavy minutes (27.4 and 24.6 respectively).

However, this streak was – for the most part – against lesser competition, teams that Memphis was favored to win by both the odds, and on paper. Nevertheless, there were some apparent issues already accumulating, and most of which – unfortunately – were a byproduct of the new additions in Emoni and Jalen.

For one, both were taking serious minutes from players that were contributing factors to last year’s NIT Championship winning team. Not only were both players sopping up minutes from other players, but also, were obviously inexperienced on the offensive side of the basketball collegiately. This, in turn, was having an effect on the veteran players within the locker room, and made play on the court to less than optimal at best.

All of these factors led to a peak moment after the 67-63 loss at Ole Miss earlier this month, where Coach Hardaway stated, “They’re (the veterans) supposed to help you along the way. The biggest problem we have at the University of Memphis right now is that our veterans aren’t willing to help the young guys (Emoni Jalen, etc.), and they’re confused.”

So, what did Memphis do? They held a players-only meeting after the loss to Murray State, and one day prior to the game against No. 6 Alabama. The result: what Coach Hardaway described as quote, unquote “the best practice of the season”, and a 14-point win over Alabama.

Now, Emoni Bates only played 15 minutes in the game against Alabama, whereas Jalen Duren actually played above his season average, clocking 27 minutes in total for the contest. This may seem like a set-back for someone like Emoni Bates, however, Bates’ play on the court was far from that.

Bates was more open to passing out of situations he would normally take himself, and was more locked in on the defensive end of the floor. In fact, Bates did not record a made field-goal until the second-half when he connected on a corner jumper. If one were to go back to even the previous game, this was not the type of Emoni Bates people were used to seeing; but it worked, as not only did Memphis’ veterans help win them the game, but also seemed to be more involved emotionally – something that hadn’t been seen in almost a year.

As for Duren, his production was huge for Memphis in their win against Alabama, his presence being felt on both ends of the court. There were several sequences where Duren – a 6’11 forward that reminds scouts of a younger version of Chris Webber, and other players of that ilk – would make a play on the defensive side of the ball, run in transition, set a screen-and-roll for the trail man and either finish or get fouled at the rim. This was, again, a huge boost of production from what Duren had previously posted in his first nine games, as he finished with 14 points on 77.8% shooting.

Overall, Memphis basketball is not where it had hoped to be prior to the start of the 2021-2022 campaign. It’s not where it wants to be right now, either.

Nevertheless, it is, however, growing game-by-game; and just like Emoni Bates and Jalen Duren, the future is very bright.