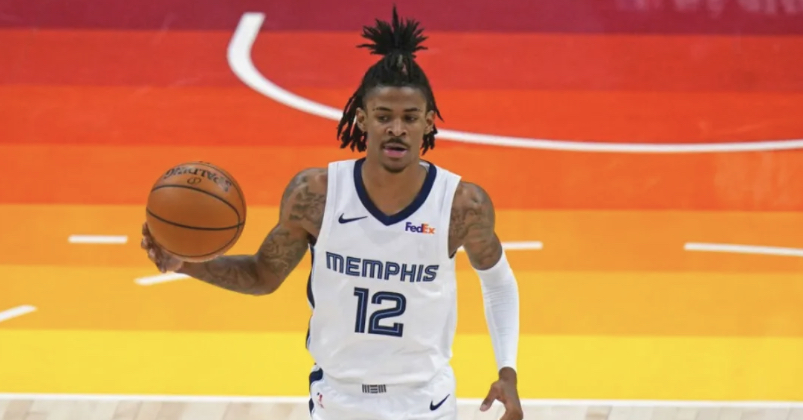 Every season, there are countless players that take that proverbial “next step”, and elevate their games and overall contributions to winning. This is a product of many factors, some of which include the changing of teams — being a part of a situation that allows for a player’s role to be more substantial –, having developed their game organically over the offseason or just simply having another year in the league — whether that’s after one’s rookie season or their fifth.

With all of the different narratives and storylines throughout the year, it can be challenging to determine which player truly has developed into a new type of professional; and furthermore, which individual has done so the most from the previous year to the current one. However, with this being said, there are always several candidates that clearly stick out from the rest of the league, and that is why today, I am going to list a top-five of players that have the potential to make the final three ballot come the end of the 2021-22 NBA regular season.**

**Note: these are in no particular order (I listed them alphabetically by the player’s last name) and are simply opinion-based.

Shai Gilgeous-Alexander, Oklahoma City Thunder – Known by most as SGA, Oklahoma City’s star was sidelined for a fair chunk of the season last year; and despite appearing to be close to healthy, was shut down for the remainder of the season. SGA has already put up All-Star caliber numbers in the past, and has been considered a snub candidate in a deep Western Conference. With that being said, however, there is still a ton of growth left to be had in Shai’s game, as he has still yet to produce numbers on a winning team. The Thunder are now clearly moving in a rebuilding direction, but with healthy legs underneath him and a roster that has some upside, the possibility for Shai to make his Most Improved Player case is there.

Saddiq Bey, Detroit Pistons – Bey had a solid rookie campaign, breaking multiple rookie records from behind the arc. In his first season, the young Pistons guard demonstrated the professional nature of his game, and showed his ability to play a solidified role as a starter. Nonetheless, the jump from All-Rookie team to MIP candidate is one that’s not done very often; however, it has been accomplished in the past, and could very easily be done so again. Bey, who is a combo guard/ wing that can shoot a great clip from the field and also play his role on defense, should see a lot of the minutes at his position. With both Troy Weaver and head coach Dwayne Casey’s confidence, Bey should have the opportunity to produce; and quite possibly, could mold himself into a solidified NBA player.

Spencer Dinwiddie, Washington Wizards – Coming off a disappointing 2020-21 season — missing almost the entirety of it due to an achilles injury –, Spencer Dinwiddie finds himself in a prime position to see improvement from the past collective of years to this one. Dinwiddie, who’s now a member of the Washington Wizards after a massive sign-and-trade deal this offseason, is in a situation that allows him to be the true, number-one point guard on the roster. Dinwiddie, who has had solid scoring years in the past — most notably his breakout campaign in the 2019-20 NBA season — will now have the opportunity to showcase his playmaking ability, doing so alongside an All-NBA caliber scorer in Bradley Beal. Furthermore, Dinwiddie will also be the presumptive leading scorer when Beal is on the bench, which is to say that the possibility for him to put up MIP-caliber numbers is definitely in the cards (barring he can stay healthy).

De’Aaron Fox, Sacramento Kings – De’Aaron Fox, who is now entering his fifth year in the league, has improved his scoring average each year; and this year, with the return of head coach Luke Walton, it seems as though that this has got to be the “make-or-break” year for both Fox and the team as a whole. Fox — averaging 25 and 7 for a mediocre Kings team — was shut down for the last 12 games of the 2020-21 regular season, and has even been reported to be involved in recent trade talks with the Philadelphia 76ers (but the team said they would not make the deal). With all of this being said, this is still a season in which Fox should breakthrough; and with a young, emerging roster that won this year’s NBA Summer League, Fox should see the win results he needs to not only make his first All-Star appearance, but also make the push for as a Most-Improved Player candidate.

Ja Morant, Memphis Grizzlies – Ja Morant has already made a name for himself within the league. His highlight real dunks (and dunk-attempts), and overall playmaking and scoring ability make him a fun and entertaining player to watch for fans across the league. Last year, Morant led his Grizzlies squad to their first playoff appearance since the ‘Grit and Grind’ era of the early to mid 2010’s. The young and inexperienced Grizzlies team was also able to steal a playoff win over the No. 1 seeded Utah Jazz, and Morant himself looked very impressive in all four games. With that being said, Morant still has room to grow as his shot from behind the arc has still yet to find any consistency (he shot an abysmal 30% from three last year). Moreover, Ja, with the return of other young pieces like Jarren Jackson Jr. and Brandon Clarke, should have more consistency in play around him, and hopefully with an improved three-point making ability, can truly unlock his full Most Improved Player potential.