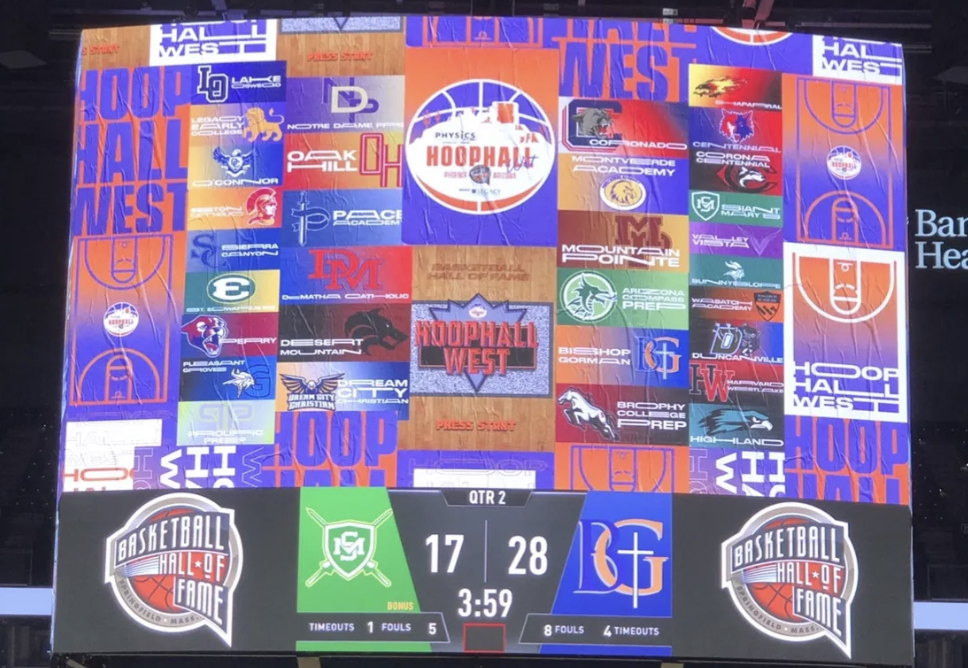 The Hoophall Classic had the top elite teams and players in the country held at Chapparal High School and a Saturday night Showcase at the Footprints Center. Here are the list of the top performers from the Class of 2022 through 2025.

Aric Demings, Duncanville HS TX, Guard, Class of 2023- Demings scored 23 points and made the game winning three point shot to beat top ranked Monteverde 67-66 in a classic. He shot 9-14 from the field and 5-8 from the trey. Also was showed tenacious defense and made key plays on the end. This four star athlete has raise his recruiting stock.

Jared McCain, Corona Centennial CA, Guard, Guard, Class of 2023– What an impressive performance as he put up 19 points and seven rebounds as Corona Centennial dominated Sunnyslope HS from the start. He is an excellent shooter with an NBA range. Also is a strong defender as well in which he plays well on both ends of the floor.

Darrion Williams, Bishop Gorman NV, Wing, Class of 2022– Williams score 20 points and grab 13 rebounds to lead Gorman to a convincing win over St. Mary’s AZ. Had a great all around performance in Saturday’s night game. Williams is an unsigned prospect being look a several Mid Major programs.

Darin Whitehead, Monteverde Academy FL, Shooting Guard, Class of 2022– The Duke commit average 22 point in the two games going 1-1. Whitehead has a great shooting range. Quick with the basketball and attack the rim. Also is a great handler and passer as well.

Cody Williams, Perry, AZ, Guard, Class of 2023– Williams averaged 20 points per game, seven rebounds, and 3.5 rebounds per game. He rised to the occasion in his two games at the Hoophall West Classic. Very versatile on the floor and performed on the defensive end. Look for his stock to rise in the recruiting wars.

Koa Peat, Perry AZ,  Forward, Class of 2025- Peat who is the top prospect for the Class of 2025 averaged 13.5 points per game and 5.5 rebounds in the two games they play. Peat attacks the rim and once he gets the ball in the paint he will finish or go to the foul line. Also shot 85 percent at the line in the last two games. In addition, he is on the defensive lockdown and break up plays.