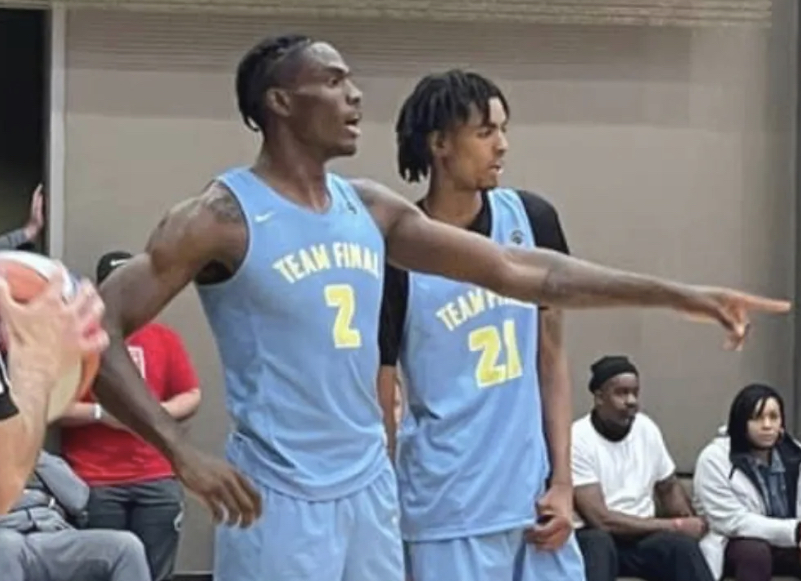 Memphis has flown under the radar since John Calipari left the program all the way back in 2009. They were expected to be great a few years back with the likes of James Wiesman, Precious Achiuwa and Boogie Ellis, but Wiesman left the team after a few weeks. This year under Penny Hardaway, expectations are as high as they have been for any Memphis team since they landed Derrick Rose.

The reason these expectations are so high comes down to two guys. Emoji Bates and Jalen Duren are ranked third and seventh respectfully in ESPN’s top 100 rankings for the class of 2021. I have done scouting reports on both of them on this website, and I think that their games will compliment one another perfectly.

Duren is more of your classic big man. He checks in at 6’10” 245 and is built like a linebacker at that height. He has great patience for a guy with his size and athleticism and can easily go right through defenders but has shown the ability to go around them with his arsenal of footwork-based moves. He is a menace on both sides of the court on the glass, and his game perfectly complements Emoni.

Bates is a shooting guard in a 6’9” frame. He has been compared to Kevin Durant since his middle school days, and although those comparisons are unfair to such a young player, he does show glimpses. Their releases are eerily similar, and both accel in isolation with their deadly off the dribble jumpers.

Bates and Duren played on Team Final this summer and were nothing short of electric when they were on the court at the same time. Bates didn’t run a lot of pick and roll in high school, but it seemed like it was a point of emphasis this summer to run it with one another, and it seemed to be unstoppable. The threat of Bates’s pull-up made the defensive overcommit to him as the ball-handler, which opened up opportunities for Duren to slip behind the defense for easy dunks. Bates also seemed to be much more of a willing passer over the summer which will be huge not just for the success of Duren, but the overall success of the team. Duren has always known how to position himself for easy baskets, and that was no different this summer, where he was great at being in the right place at the right time.

This tandem will light up college basketball night in and night out, and this year they have some big non-conference games, with the likes of Alabama, Tennessee, Virginia Tech, Xavier and Georgia being on their schedule early.

The AAC looks like it will be solid again this year, so don’t be surprised to see Memphis sneak into the top 5 at multiple points during this season, and maybe even a Final Four run at the end of March.