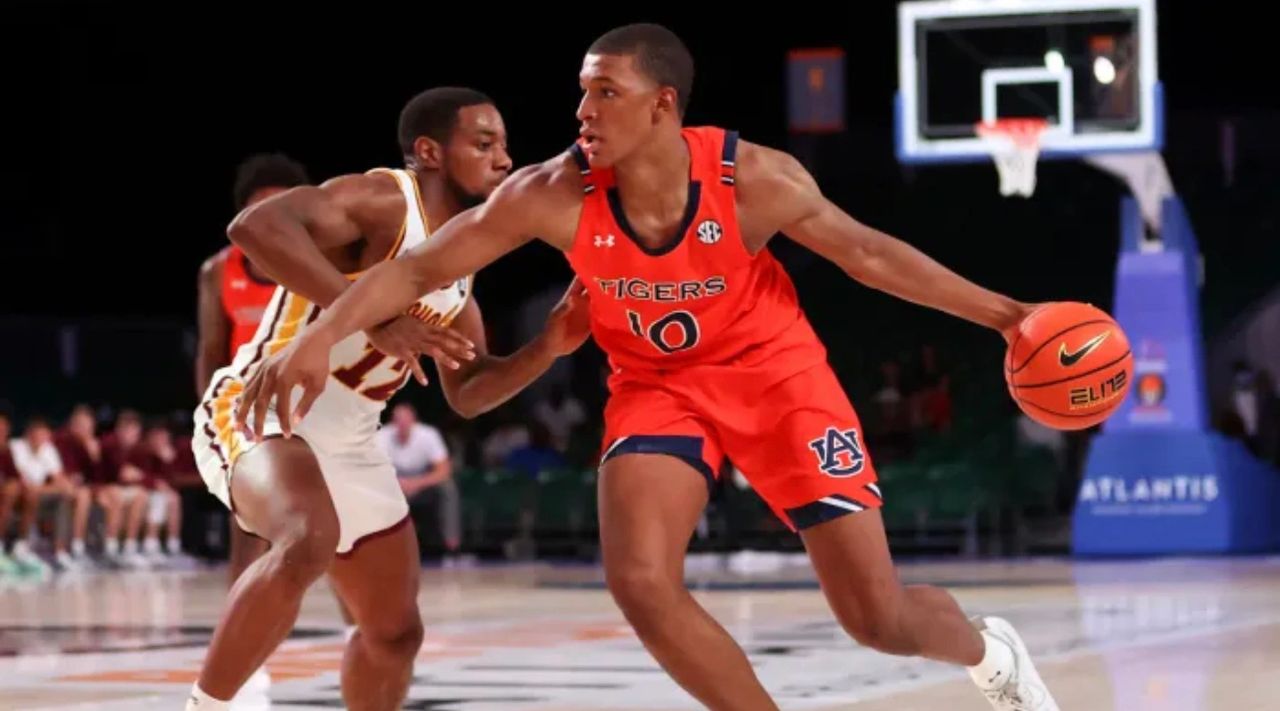 Jabari Smith, an 18-year-old freshman playing for the No. 9 ranked Auburn Tigers, has been one of the most touted prospects to watch thus far in the college basketball season. Ranked No. 6 overall in ESPN’s Top 100 Class of 2021, Smith possesses both the body-type and skills to successfully compete at the highest level.

Measuring out at 6’10” and 220 lbs, along with an estimated 7’1” wingspan, Smith has the length and ability to guard all five positions on the floor, and has already proven so at the collegiate level. Smith is averaging a steal-and-a-half a game (2.3 per 40 minutes) on the season, which is not typical of a player his height and stature. However, Smith’s on-ball presence and shiftability in his feet are what allow for him to create turnovers at such a rate; and furthermore, pairing both his size and mobility only further his impact – now and in the future – on the defensive end of the floor.

Smith’s freakish size also benefits him from an offensive standpoint, as his height and length combined with the natural shooting he has from behind the arc allows for him to make threes at an extraordinary rate. As of now, Smith is shooting about forty-four percent (43.8%) from behind-the-arc, and doing so on five (5.1) attempts per game. This correlates with Smith’s ability to score both off-the-dribble and in catch-and-shoot situations; and even if the contest is there, Smith’s length and rise on his jump shot allow for him to get a clean look off. Overall, this skill translates well to the next level, and being able to pair such with a knack for being tough defensively makes for a much-vaughted combination.

Nevertheless, Smith does have his weaknesses; his lack of passing ability being one that has plagued both him and his team throughout the season. This was most apparent in the game against – then ranked No. 16 – LSU last Tuesday, where Smith had four turnovers and just one assist; the product of which mostly came from the result of forcing passes that shouldn’t have been read that way in the first place. On the season, Smith is averaging an assist-to-turnover ratio of approximately .91 – an abysmal statistic for any aspiring prospect. With that said, this is presumably, the byproduct of learning a more confining offensive system such as the one that head coach Bruce Pearl runs at Auburn; something that most phenom freshman tend to have to get acclimated to before moving on to a more free-lance style that is the NBA.

As the season moves on into conference play, it will be interesting to see how both Jabari Smith and the Auburn Tigers’ themselves progress; and who knows: maybe Auburn could make yet another run to the Final-Four under Coach Pearl’s leadership. If not than, well, Smith will be yet another example of how one-and-done recruitment does not produce championships, but prospects. There’s still half-a-season to find out.