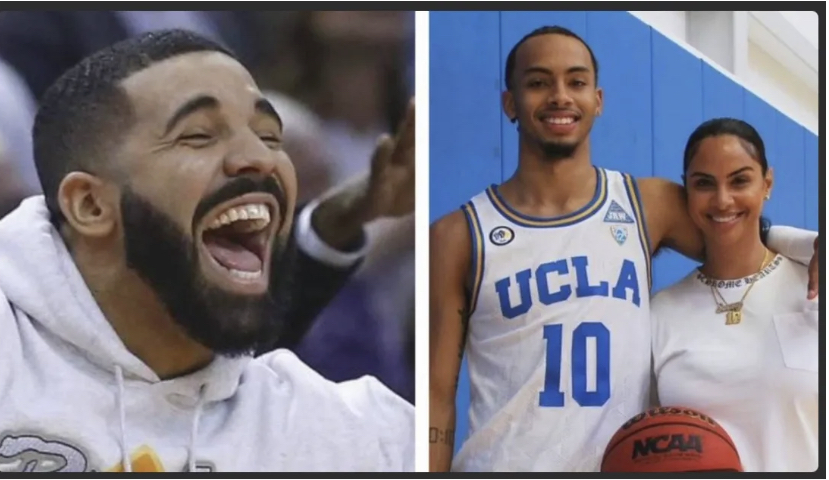 After hiding his relationship from social media, Candian Rapper Drake revealed that he has been dating TV personality and former model Johanna Leia. Not only has Drake dated Johanna for months, but he has also mentoring Johanna’s son, Amari Bailey.

Amari Bailey, a young promise basketball player from Sierra Canyon High School, wanted to fulfill his dream to become the next NBA player. He plays alongside Lebron James’ son, Bronny, and graduate soon in Summer 2022.

After high school, Amari was planning to attend the UCLA (University of California, Los Angeles). Even those he was receiving offers to join their College NBA team from Alabama, Depaul, Illinois, and Kansas, he wasn’t planning to move into another state and committed to attend UCLA.

Amari’s talent has passed down from his father, Aaron Baliey, a former NFL player during the 1990s. It’s unknown whether his father still attends his basketball games; however, he has support from his mother and Drake.

His talent has caught the attention of sports channels, NBA teams, and celebrities. Drake wanted to prepare Amari for his future as a prospective NBA player, and rumors spread as he could potentially be in the 2023 NBA draft.

Drake teaches Amari how to handle income management, public attention, pressure from social media, and more. It’s unlikely to determine if Amari’s father has been in his life since he separates from his mother.

Although, it’ll be perfect timing for Aaron to support his son during his college years and teach him how to be himself during pressure and calm situations.

It’s a rare opportunity for a music rapper like Drake to mentor a young and gifted talented basketball player. Studies show that 60% of retired NBA players waste their remaining money within five years of depart from NBA. We can see the affection of Drake wanted to help Amari to prepare for his future. Drake has experienced pressure from social media in the past. He knows what’s it like for reporters to be into too much of your business.

As Amari continues to practice his skills, Drake will be his backbone whether he needs guidance on any topic. Amari has high hopes for his career choice as the next NBA player and shows Drake and his mother proud.