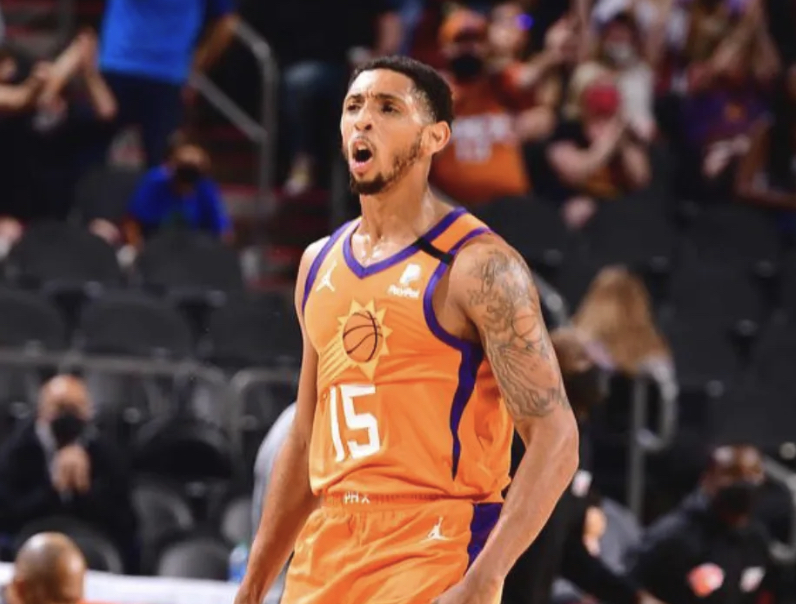 The Phoenix Suns are in the NBA Finals for the first time since 1993, after defeating the Los Angeles Clippers in the Western Conference Finals. While much of the credit may go to Chris Paul and Devin Booker, another player is also worthy of the same recognition. Cameron Payne may not put up the gaudy numbers like Paul and Booker, but he has helped Phoenix in many during the playoffs.

For Cameron Payne, reaching the NBA Finals is like a dream forming into reality. It is the culmination of all the hard work and proving others wrong. Having been selected as the 14th pick in the 2015 NBA Draft by the Oklahoma City Thunder, many wondered if Payne would live to the expectations some had for him after his time with Murray State.

Spending two years with the Thunder, Payne would be traded to the Bulls, where the coaches believed that he wouldn’t be able to play at the highest level. It would be that criticism that would light a fire under Payne, who would play for the Cleveland Cavaliers before going to the G-League, playing for the Windy City Bulls and the Texas Legends.

After a stint in the G-League, Payne went to the Chinese Basketball Association, playing for the Shanxi Loongs, where he averaged 22.5 points, 6 rebounds, and 7.5 assists per game. It seemed like Payne was going to spend his time getting better as a player in China, however, he would be signed by the Phoenix Suns.

Payne joined the Phoenix Suns last season when they were one of twenty-two teams to compete in the NBA Bubble in Orlando. During that time, Payne averaged 10.9 points and 3.9 rebounds per game. Despite going undefeated in the NBA Bubble, the Suns would miss the playoffs, but this would be only the beginning of things to come the following season.

When the Suns surprised the defending champion Los Angeles Lakers in six games, many saw it as a fluke, that was until injuries to LeBron James and Anthony Davis hampered them. However, when Chris Paul went down with a shoulder injury for the Suns, Payne stepped up to the starting lineup. In the series, Payne averaged 12.5 points, 3.3 rebounds, and 3 assists per game, while shooting 50% from the free throw line.

After defeating the Lakers, The Suns advanced to the semifinals, where they would face the Denver Nuggets. In that series, Payne helped Phoenix on the boards, averaging 2.5 rebounds per game, and with dishing out passes, averaging 2.3 assists per game. Though much of the offensive load was carried by DeAndre Ayton, Jae Crowder, and Booker, the Suns would go on to sweep the Nuggets.

With Denver in the rear view, Phoenix would reach the Western Conference Finals for the first time since 2010, taking on the Los Angeles Clippers. This would be a highly interesting Conference Finals since both teams are not only rivals, but it would mark the first time that the Clippers would go past the second round in postseason history. Though Chris Paul returned back to the lineup in Game 3 of the series, it would be Games 5 and 6 where Payne’s presence was felt.

Cameron Payne has come a long way from being assessed by Bulls coaches who thought that he couldn’t play at a high level to now playing for an NBA Championship. Payne has proven himself to be a difference maker for the Suns and has found success in a team that has brought pure talent.

Now that the Suns are back in the Finals for the first time in 28 years, they await the winner of the Bucks-Hawks Eastern Conference Finals series. No matter who emerges, Payne will be ready to play at the highest level.