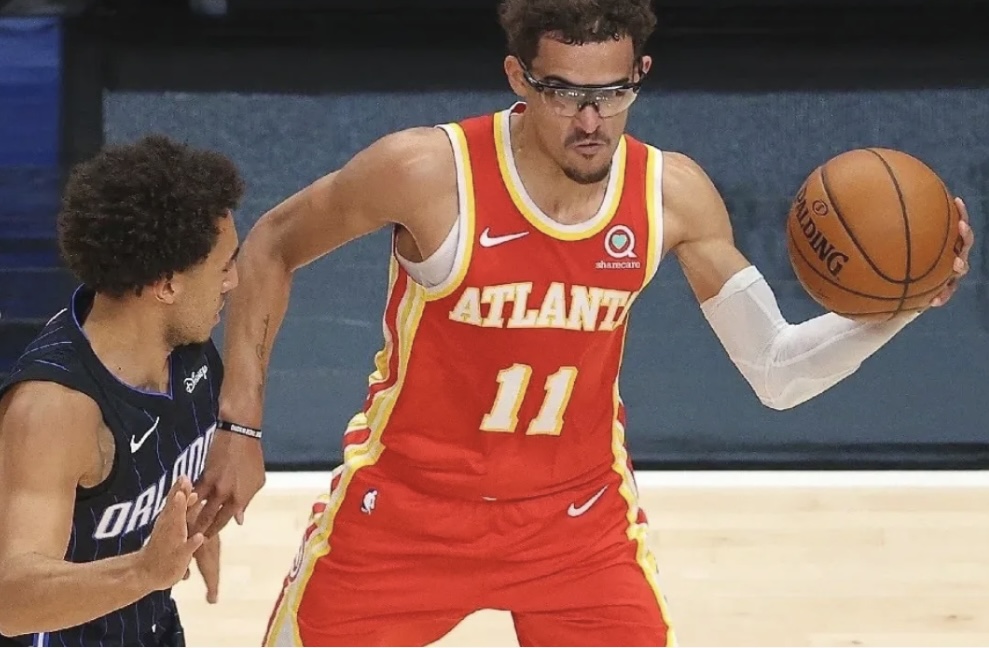 In the 2018 NBA draft, a trade occurred that will forever change the trajectory of two teams and have two players be linked for the rest of their careers. With the third pick, the Hawks selected Luka Doncic from the Euroleague and then traded him just a few minutes later to the Mavericks for their fifth overall selection, Trae Young, plus a future first who turned into Cam Reddish. This deal has been one of the few trades in NBA history to be a win-win truly. Luka Doncic looks like he will be an MVP candidate for the foreseeable future, and Trae Young notched an All-Star appearance as a starter and is averaging 26 points to go along with 9.6 points per game this season. Cam Reddish also seemed to be coming into his own this season before an injury put his season on hold.

This season started rocky for the Hawks, who made significant offseason signings that made people think they were set up for a considerable upswing this season. They were able to sign Danillo Gallinari, Bogdan Bogdanovic, Khris Dunn, and Rajon Rondo in the offseason and draft Onyeka Okongwu. They started 14-20, and the front office realized that something had to change. They decided to fire head coach Lloyd Pierce and hired Nate McMillan. Other coaches around the league criticized the firing, but it seems to be working out for the Hawks on the court as they are 20-8 since the change and are now sitting at the fifth seed but have the same record as the fourth-seeded Knicks.

This success has been in large part due to the play of Trae Young. The young point guard has exceptional control of the game when he has the ball in his hands. He never seems rushed when running the pick and roll with either Clint Capela or John Collins and always knows where his defender is. If he feels a defender on his back, he commonly puts on the brakes and allows them to run into his back, drawing a foul and getting two shots. This pesky act annoys players and coaches so much that Steve Nash was quoted earlier in the season when asked about Trae’s playstyle, saying, “That’s not basketball.” As long as it keeps getting points for the Hawk’s I doubt Trae cares too much about what others have to say about his game.

Young also has one of the best floaters in the league and can get it off whenever he wants to with his quick release and ability to finish off either leg. But his entire game revolves around his ability to shoot from anywhere beyond half-court. Trae has to be checked as soon as he crosses the timeline, and all he needs is an inch to get off his shot. He is not the best shooter in terms of percentage as he shoots around league average at 35.7%, but that is highly correlated to the fact that defenses are keyed in on not letting him get good looks from beyond the arc. This respect that he commands makes defenders close out hard on him, which opens up driving lanes for him to either score it himself, or set up a teammate at the rim, or kick it out for an open three. His teammates have been thanking him for his money passes, and Young sits at second in the league for assists per game.

His teammates have stepped up this season, and this is evident in the team’s recent success. Young has been sidelined for the past couple of games with an ankle injury, but players like Bogdan Bogdanovic have stepped up in the absence. In his past nine games, Bogdan has averaged 23.3 points per game on 47% shooting from three. Many wondered if Clint Capela’s success in Houston was a microcosm of playing with James Harden, but we have seen that was not the case. He has picked up right where he left off. He is averaging 15.5 ppg and a ridiculous, league-leading 14.7 rebounds per game. He is establishing himself as one of the premier roll men in the NBA this season and is a force to be reckoned with in the paint on both sides of the floor.

At the trade deadline, the Hawks acquired Lou Williams in exchange for Rajon Rondo, and this is looking like another win-win trade. Rondo is playing well for the Clippers, and Lou Williams is taking some ball-handling pressure off of Trae Young when he comes off the bench. In classic Lou Will fashion, the Bucks held him scoreless through three quarters but ripped off 15 points on four threes in the fourth to lift the Hawks over the Bucks. Danillo Gallinari has battled injuries but played well when he has been on the court, shooting 40% from three. The second-year pro DeAndre Hunter has taken another step forward this year in his game but has been sidelined by injuries as of late. In his and Cam Reddish’s absence, Kevin Huerter has stepped up, leading the team and minutes played, and provides steady shooting and slashing ability for the Hawks offense.

The key to the Hawk’s success very well could be John Collins. He voiced displeasure with his role, specifically the amount that Trae Young has the ball earlier in the season, but has played well since. The stretch big from Wake Forest is developing his jumper and can provide energy-provoking, highlight plays for the Hawks. He has constantly been in trade talks since coming into the league, but if the Hawks keep him happy, he could be a key contributor for years to come.

The Hawks will need to get and then stay healthy if they want to succeed in the playoffs, but if they can do so, they may have the depth to be a dark horse to make it to the eastern conference finals. Trae Young will have to perform consistently in crunch time and need two or three of his other teammates to step up for the Hawks to be victorious, but as they have shown in the second half of the year, there are plenty of guys who may be able to do so.