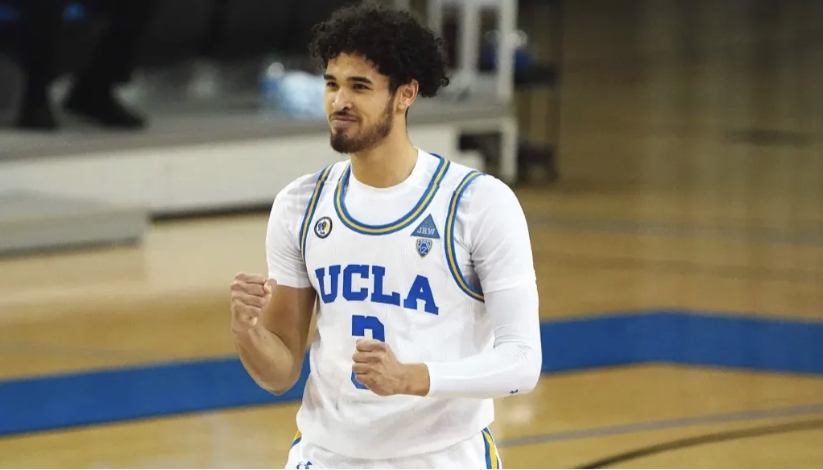 Last year the surprise of the NCAA Tournament was the UCLA Bruins, and they were led by star guard Johnny Juzang. He took over the Final Four game against Gonzaga, hitting seemingly every stepback and converting every drive to the lane. It wasn’t enough to get to the championship game, but it was enough to put him on NBA scouts’ radar. After going through the pre-draft process, he decided to return to UCLA for one last run as a Bruin.

Juzang is not alone in his return, as all important contributors minus Chris Smith, will be returning to campus next season. That includes tournament standouts Jamie Jaquez, Tyger Campbell and Jules Bernard. They also have a top 10 recruit in the nation in Peyton Watson coming to join the ranks.

Having Juzang back makes UCLA a true contender in every sense of the word. Some may say that their tournament run was a bit lucky, but there was no denying that they started to gel as a team at the end of their run. Juzang is 6’7” with a handle that makes him a solid creator, but he mostly has to worry about putting the ball in the bucket as he has a true point guard as his backcourt mate in Tyger Campbell. Good thing that Juzang is damn good at doing just that. In the tournament he averaged 22.8 points per game and at times seemed like the best player in the entire tournament.

The Bruins will lean on Juzang to score, but there are plenty of other guys on the squad who can do that. His greatest value is as a guy who can get his own shot, so if possesions get down to the end of the shot clock, he will be leaned on heavily.

My favorite player to watch on the team however is Jamie Jaquez. As Jon Rothstein so beautifully puts it, there is no such thing as a 50/50 ball when Jaquez is on the court, it’s 90/10. His motor is on 100 at all times during a game, and this makes him a joy to watch on both ends of the court. Apparently I am not the only one who thinks so, as he was voted to the Pac-12 All Defensive team last season. He also shot the three at a 39% clip and provided great balance to the team as a whole.

Jaquez, Juzang and Cody Riley all measure at over 6’7, and the addition of Peyton Watson, a 6’8 wing who may still be growing will make UCLA one of the hardest teams to matchup with in the country next season, and I would be surprised if they did not enter the tournament as a first or second seed.