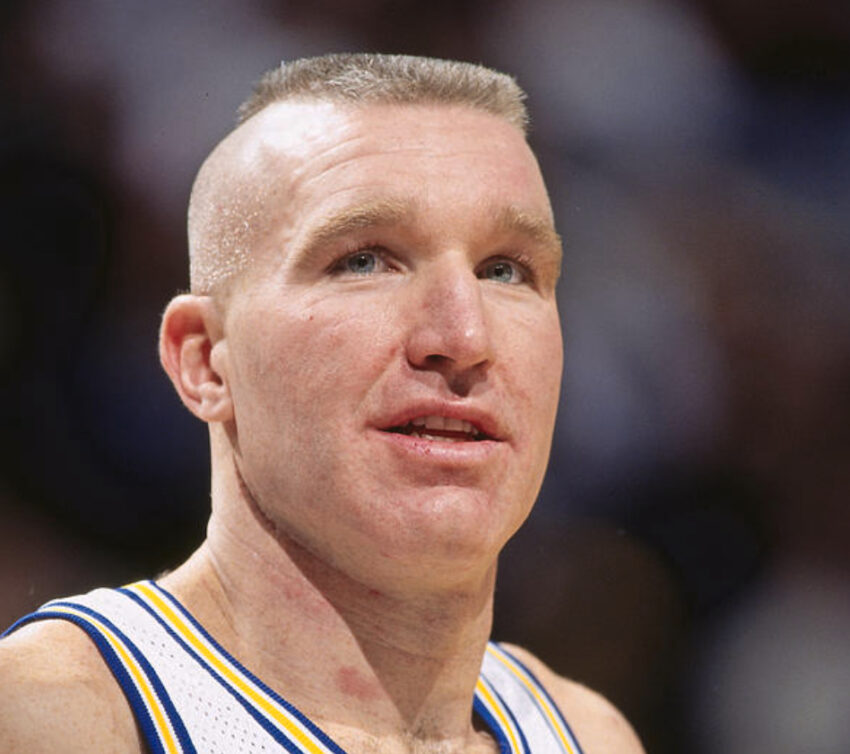 We announce the best five players who hail from the Brooklyn, NYC. They are so many great players from the borough. Here is our top five:

1. Chris Mullin – High School: Xaverian, College: St John’s, & NBA – We nominate Chris Mullin case the best in the borough. After transferring from Power Memorial Mullin was a star at Xaverian HS in Bay Ridge area of Brooklyn. He was first team All City in 1981 then stay near home and played for Lou Carnesecca at St Johns. To this day he the greatest player to ever play at St Johns in which he is the school’s all-time leading scorer with 2,440 career points. He led the Johnnies to the 1985 NCAA Final Four and three time Big East player of the year. Also was the 1985 National College Player of the Year.

In 1985, Chris Mullin was selected as the number seven overall pick by the Golden State Warriors. For five straight seasons,  he was an NBA All Star and part of the 1992 USA Olympic Team that won the gold. The played for the Indian Pacers three seasons before returning to Golden State and retired from there.

In 2010 Mullin was nominated to the Basketball Hall of Fame. His jerseys is retired at St. John’s (20) and Golden State (17). Mullin was in the Front Office for the Golden State Warriors and coached at St John’s for four seasons. Today Chris Mullin work as a pregame and postgame studio analyst for Warriors games on NBC Sports Bay Area.

2. Connie Hawkins – High School:  High, College: N/A & NBA – Known as “The Hawk” was All-City in his junior as Boys High from Brooklyn went undefeated and won the PSAL City Championship in 1959 and 1960. Hawkins averaged 25 points per game. Hawkins sign to attend Iowa on a basketball scholarship. Due to a point shaving scandal he was ineligible to play at Iowa.

Hawkins started to be known at the Rucker and performed at a high level against the elite players in the league. He played for the Harlem Globetrotters for four seasons. played four seasons. Then played with the Pittsburgh Pipers in the ABA in the 1967-68 season in which he was league’s leading scorer, and MVP. He led them to the ABA championship that year. After spending two years he got his settlement from his gambling, the Phoenix Suns sign him and play four seasons. He was elected in the basketball Hall of Fame in 1992. On October 6, 2017 Connie Hawkins passed away at the age of 75.

King was selected by the New Jersey Nets with the seventh overall pick in the 1977 NBA Draft and played 14 seasons in the league. King played with New Jersey, Utah, Golden State, New York and Washington. He was a four-time NBA All-Star and a two-time first-team All-NBA selection. He missed two full seasons due to injuries. King was inducted into the the Basketball Hall of Fame in 2013. Also his number 53 was retired by the University of Tennessee.

4. Lenny Wilkens – High School: Boys High, College: Providence & NBA – Wilkens was an All City player at Boys High in 1956. Wilkens was a two-time All-American and led the Friars to two consecutive NITs in 1959 and 1960. He finished as the second leading scorer with 1,193 points.

Lenny Wilkens was drafted as the number six overall pick in the 1960 NBA Draft by the St Louis Hawks. Wilkens spend eight seasons with the Hawks, four with Seattle, two with Cleveland, and one with Portland.  He became a nine time NBA All Star. Then, he spend 26 seasons as a coach in the league. In 1979, he coach the Seattle SuperSonics to the NBA Championship.

Lenny Wilkens has been inducted three times into the Basketball Hall of Fame in 1989 as a player, as a coach in 1998, and in 2010 as part of the 1992 US Olympic Team for which he was an assistant coach. His number 19 was retired by the Seattle SuperSonics.

5. Stephon Marbury – High School: Lincoln, College: Georgia Tech & NBA – Maubury is one of the greatest Point Guards to ever come out of New York. Stephon Marbury was an All American and lead Lincoln to the 1995 PSAL City Championship and New York State title as well. He decided to attend Georgia Tech and was the ACC Freshman of the Year. Marbury averaged 18.9 ppg and 4.5 assists and was named a Third Team All American by the Associated Press.

Marbury was selected the fourth overall pick by the Milwaukee Bucks. Then was traded on draft day to Minnesota. He spend 13 years in the league playing for Minnesota, New Jersey, Phoenix, New York, and Boston. He was a two time All Star and on the 2004 US Olympic Team.

In 2010 Marbury transition to China in which he resurrected his basketball career. Marbury became an sensation in China in which he became a huge star by being three time champion and a MVP. He has a statue, a stamp, and museum built for him. Today he is a head coach in Beijing, China.

We have many players who could have been in the top five. Brooklyn has a lot of legendary players who made it to the NBA.   It’s been a place of these young men and their families who were underprivileged. You will see the best players from the borough became a few of NYC Legends.