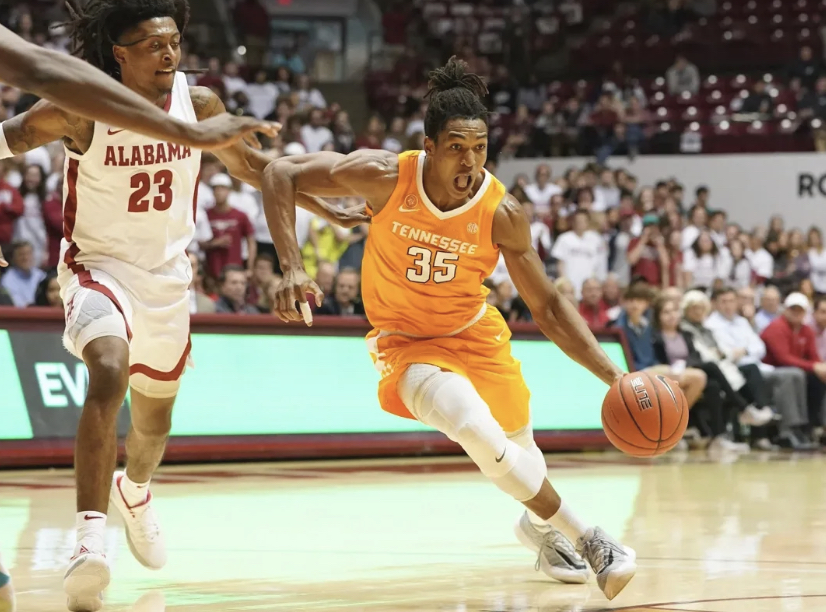 Every year hundreds of players declare for the NBA draft, but only 60 of them get to hear their names called on draft night. That leaves many players with an uncertain future and means that they will have to impress in the summer league to hopefully find their way into an NBA contract. But as of recent, many undrafted players find themselves not just on an NBA roster, but making an impact night in and night out. Guys like Duncan Robinson, Joe Ingles, TJ McConnell, Alex Caruso, Kent Bazemore and Fred VanVleet all went undrafted and find themselves contributing on playoff teams. Here are some players who went undrafted this year who I could see having an impact for teams at some point in their careers.

Austin Reaves: Reaves was a four year player at Oklahoma and Whichita State. At Oklahoma he was asked to be the main creator and ball-handler for his team, but his NBA role will be more limited, which may help him find certain areas of his game to focus on. He signed a two-way contract with the Lakers, and they desperately need perimeter shooting, which Reaves may be able to bring to them in small spurts. In a very small sample at OU, Reaves shot 40% from three on catch-and-shoot attempts. With the Lakers losing many rotational pieces in the Russell Westbrook trade, the door may be open for Reaves to make an impact on a team who is one of the top choices to win the title next year.

Yves Pons: With defense being a hot commodity in the NBA with the plethora of dynamic scorers, I am very surprised the 2021 SEC player of the year was left off of team’s draft boards. He is 6’6” and is absolutely lockdown with his wingspan that goes over seven feet. He has switchibillty and showed flashes of maybe becoming a serviceable shooter at some point. He signed with the Grizzlies, who have arguably one the best player development teams in the league. I think Pons will be within the Grizzlies rotation in the next few years as a defensive specialist, and maybe into the starting line up if he develops his jumper.

Sam Hauser: Hauser was a four-year player in college for Marquette and then Virginia, and I think he will have success just based upon the team that he signed with. Hauser was a great spot up shooter in college, and he signed with the Celtics after going undrafted. The Celtics bench was terrible last year and they lacked everything in terms of bench production, and someone like Hauser who knows his role is to spot up and fire threes can be beneficial to the Celts, who have whiffed on almost all of their draft picks since Jayson Tatum. They also just lost Evan Fournier in free agency to the Knicks, so extra shooting is a must for the Celtics and Hauser should be able to fill in at times off the bench.

Trendon Wadford: Watford was the second option behind Cameron Thomas at LSU this past year, but in the SEC championship game he dominated despite a losing effort. His game is an old school mid-post isolation style game. He signed with the Portland Trail Blazers, who are likely losing Carmelo Anthony in Free Agency, which gives Watford an opportunity to help take some pressure off of Damian Lillard by providing potential bench scoring.

John Petty Jr: Speaking of the SEC championship game, LSU took on Alabama in that game and Alabama had a well-rounded team that included John Petty. The 6’6” guard is an all-around solid player who can shoot the ball well and defend multiple postions. He was picked up by the Detroit Pistons, and if there is one thing that is unequivocally true about the NBA it is that you can never have enough three and d guys on your team, and Petty fits the mold to be successful in that role for years to come.