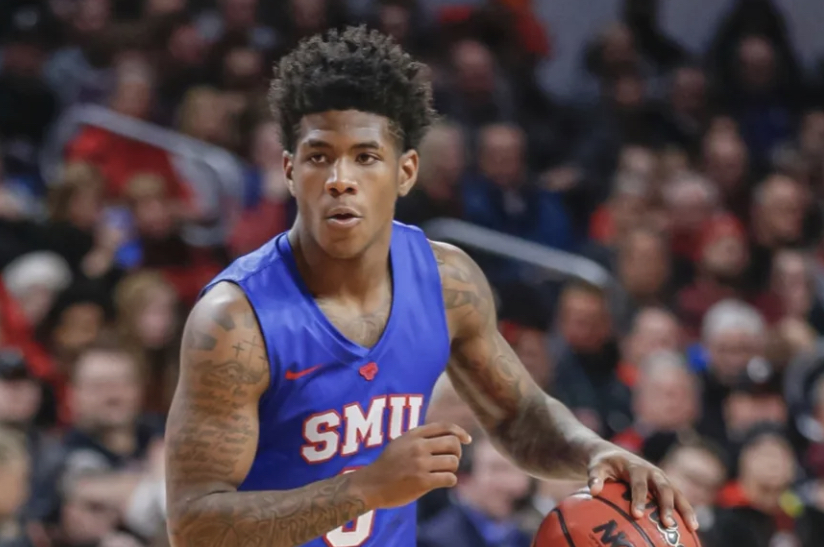 The American Athletic Conference is one of the most slept-on conferences in all of college basketball, with consistently strong teams including Memphis, Houston, Wichita State and Cincinatti. There are impressive freshmen coming to the conference along with stars returning for one last shot at a tournament run, and also to increase their draft stock. Here are what I see to be the top 10 players in the conference.

1. Kendric Davis, SMU – Davis thought about entering the NBA draft after a stellar junior season where he led the Mustangs in scoring, averaging 19 points a game in a season that saw his team finish 4th in the AAC. The shifty point guard has a wonderful change of pace and superb vision that allows him to get teammates easy shots anytime he has the ball. He is not going to be far and away the best player in the conference, but he is currently the most established and that is why he finds himself atop this list.

2. Emoni Bates, Memphis – I have already written a full scouting reporton Emoni Bates, where I raved about him for multiple paragraphs. His shot making ability at his size, along with a stellar supporting class (you’ll see one of his running mates soon) makes it very likely that Bates won’t just be one of the best in the conference, but in all of college basketball.

3. Jalen Duren, Memphis – Much like his buddy Emoni, Duren was also a 5-star recruit who is coming to play for Penny Hardaway. Duren’s game is pure power, with sneaky touch and great positioning around the rim. He will put up great numbers in a non-power five conference and I expect him to be among the leaders in the country in rebounding. See my scouting report on Duren here.

4. Tyson Etienne, Wichita State – Another guy who thought about the NBA draft, but decided to return to school was Etienne. He was co-conference player of the year last year with Quentein Grimes. Tyson can score at all three levels, and is a great three point shooter. He is a bit undersized and not as good of a facilitator as Davis, which is why I put him below Davis on this list. Wichita has a chance to be a Cinderella in the tournament this year, so expect to hear more out of Etienne this season.

5. Marcus Sasser, Houston – Sasser developed into a viable second option behind Grimes last season, and without Grimes this season, I expect Sasser to make a jump. He showed masterful efficiency both off the dribble and in the pick and roll, and with more opportunities to come his way, and the expertise of Ralph Sampson on the sidelines, Sasser and Houston are set to have another successful year.

6. Marcus Weathers, SMU – Marcus is a transfer from Duqense, where he earned all-conference honors in the Atlatic Ten. Weathers joins his twin brother Michael in transferring to SMU. Weathers is an undersized forward at 6’5” but his motor and athleticism more than makes up for it. He dominated on the offensive boards and acceled as a roller, and paired with Kendric Davis, I expect Marcus to be great this year.

7. Kyler Edwards, Houston –  Edwards is transferring from Texas Tech to play under Ralph Sampson. At Tech he averaged 10 ppg in a backseat role to ball dominant point guard, Mac McClung. He found a way to affect the game without the ball in his hand as a spot up shooter as well as an impact energy player on both sides of the ball. His teammate Sasser, wasn’t a primary ball handler last year for Houston, so I expect the pair to split duties this year and for Edwards to be even better than he was at Tech.

8. Darius Perry, UCF –  UCF wasn’t great last year, but when Perry got healthy midway through the season, their offensive attack looked totally different and much more efficient. UCF returns all of the players on their team who played last year, so I expect the team to continue what they were doing in the second half and for Perry to be in the top 10 in the conference in scoring, as well as assists.

9. DeAndre Williams, Memphis –Bates and Duren are not alone in their pursuit for an AAC and national championship this year. DeAndre Williams emerged as a star on both ends of the court last year, and with Memphis being in the National Spotlight, people will realize that Williams’s game is no joke, and all of the little things he did last year that went unnoticed, will be noticed now.

10. Jaylen Forbes, Tulane – Tulane most likely won’t be atop the AAC, but they have one of the best wings in the Conference in Forbes. Last year he did everything for his squad, leading them in points, rebounds, and three-pointers made. He is a great three and D player who looks to take a leap in his junior season to put himself on the NBA’s radar.