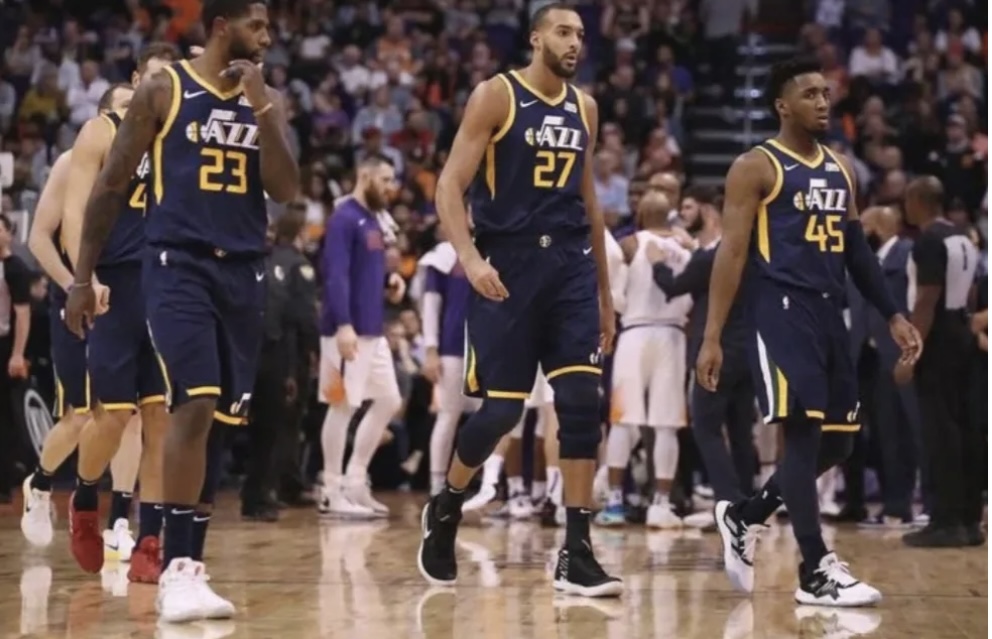 The Utah Jazz have become a mainstay in the Western Conference playoff fixture the past couple of years, appearing in the last four playoffs. However, they have not made it to the conference finals since 2007, when their team was led by Carlos Boozer, Deron Williams, and Andre Kirilenko.

Since then, Deron Williams became the most hated player in Cavalier’s recent memory when he seemingly didn’t show up during the 2017 NBA finals and logged a game one where he played 19 minutes, went 0-5 from the field, and had two turnovers. Kirilenko retired, and Carlos Boozer decided it was a good idea to spray paint jet black fake hair on his nearly bald head in 2012  for a nationally televised game when he was playing with Chicago. If you don’t believe me, google “Carlos Boozer hair,” and you will immediately see how ridiculous of a move it was from Boozer.

The Jazz now have a completely different roster and have come out of the gates fast this year. They are currently sitting at an NBA best 27-8 this season and are showing that they are to be taken seriously as a contender.

They are led by Donovan Mitchell, who notched his second all-star appearance this year and is averaging a career-best 24.4 points and 5.4 assists per game. Mitchell is not their lone all-star, as they also have the two-time defensive player of the year Rudy Gobert to anchor their defense. Gobert looks to be one of the front-runners for the award again this year after Giannis Antetokoumpo ended his two-year reign as the best defender in the league.

The Jazz have another player on their team who is set to be a front runner to win an award at the end of the regular season. Jordan Clarkson is having a career season coming off the bench and seems to have found his correct role as an instant offensive spark as a sixth man.

However, what has made the Jazz great this year is not one single player standing out, the brand of basketball they are playing is something special. Everyone on their team is willing to pass up a good shot for a better shot, which is evident when watching them play night in and night out. Their ball movement can’t help but remind me of the Spurs of years past.

Not only has their ball movement been spectacular, but their rotations on defense are also spot on, and it is rare to see them give up a completely uncontested shot. Many teams have solid defensive rotations, but what makes the Jazz different is that even if they get caught late on a rotation, the driving player is funneled right in towards Rudy Gobert, one of the premier shot-blockers and rim protectors of the past decade. Consistently making shots over Gobert is like a tourist in New York City trying to successfully navigate the subway system without getting frustrated; it’s just not going to happen.

Right now, the Jazz only have the fifth-best odds to win the championship this year at eight to one odds despite having the best record in the league. What worries people about this team is their dependence on the three-pointer. They are taking and making the most threes on a per-game basis. This was the story of the Milwaukee Bucks last year, and when the threes stopped dropping in the playoffs, they were out of options.

This pains me as a Bucks fan to say this, but the Jazz don’t have the same issue as Milwaukee did.

Giannis cannot shoot consistently from beyond the three-point line or even from mid-range. Utah’s star Donovan Mitchell can fill it up on any given night from outside the arc and create his own mid-range shots. This takes a lot of stress off a team because when the role-player’s threes aren’t dropping, you can get the ball to your star and let him go and get a basket. With Giannis, he is only dominant from the inside, so teams would wall him off from the lane, and when his jumper wasn’t falling, and his teammates weren’t hitting shots, the Bucks did not have another outlet.

A team being reliant on threes is only a problem when that team’s star is not a shooter. The Golden State Warriors have won three of the past six NBA championships behind Stephen Curry and Klay Thompson’s shooting. The argument that Shaq makes on TNT night in and night out that three-pointers won’t win you a title is tired and just blatantly not true.

Although Rudy Gobert is technically the second star on the Jazz, he is not expected to shoot, and that is just fine to have one guy on the court who isn’t a threat to shoot. What little shooting Draymond Green brings to the Warriors in comparison the Gobert’s lack of shooting is more than made up in Gobert’s ability to roll to the basket and catch lobs and finish in the restricted area at a high rate.

The NBA title landscape is as stacked as it has been in recent years. The Jazz would have a tough road to get to the Finals, having to potentially take on the Lakers, Clippers, Suns, and Nuggets just to get there, and if they were able to survive that gauntlet, they would likely have to beat the star-studded Nets, the Bucks or the new-look 76ers. It will by no means be easy, but if the Jazz continue to play beautiful, complimentary team basketball, nothing is stopping them from making a run deep into the playoffs.