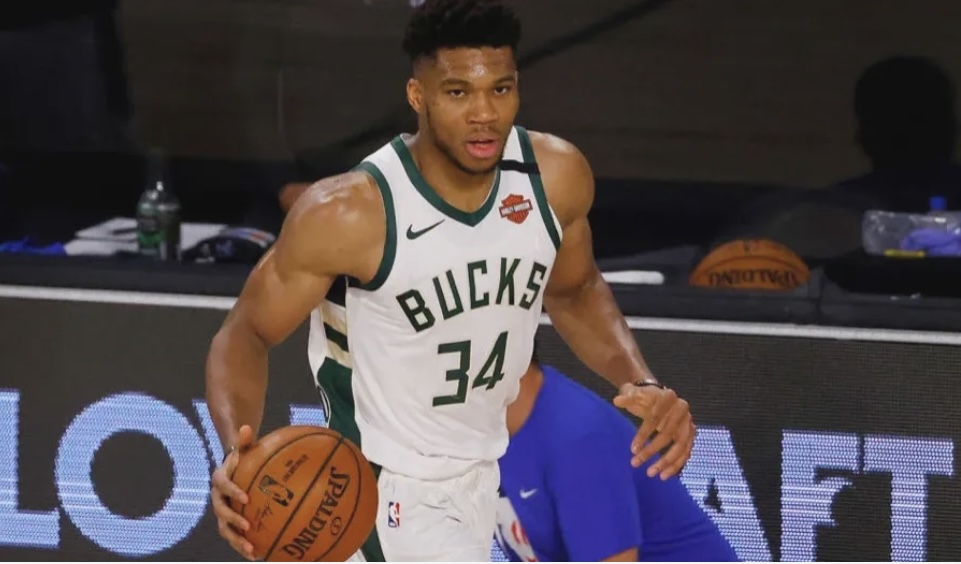 The coolest thing to do on NBA Twitter in 2020 was to photoshop a picture of Giannis in your team’s jersey and crop him in a picture with other players from the team and post in with the eyeballs emoji and just let the retweets come piling in. Giannis was set to be a free agent after this season and is such a polarizing star that even a year in advance, teams were trying to recruit the Greek star.

I am from Wisconsin and a big Milwaukee Bucks fan, so seeing these tweets were certainly frustrating and annoying, so the feeling when Giannis signed a five-year contract extension worth $228 million was one of immense relief. Now Giannis and the Bucks can just focus on winning, and not have to worry about Giannis’s decision in the offseason.

In the past couple of season’s the Bucks have been absolutely dominant in the regular season, but come up short in the playoffs to the Raptors in the Eastern Conference finals in 2019, who eventually won the title, and the Miami Heat in 2020, who were able to take the Lakers to six games in the Finals.

This season the Bucks are off to a slow start when comparing it to their past couple of seasons, but they are still second in the Eastern Conference with a record of 13-8. The big moves they made in the offense were trading for Jrue Holiday and signing Bobby Portis, DJ Augustine, Bryn Forbes, and Torey Craig in free agency. Jrue Holiday has been an upgrade at the point guard position, but the Bucks lost key defensive pieces in the offseason like Eric Bledsoe, Robin Lopez, and Marvin Williams. Last year the Bucks had a historically good defense, but have taken a step back this season in defensive rating. There is not much to worry about here for Bucks fans, as it seems night after night teams are hitting twenty-plus threes at a high percentage. Even though the Bucks are the best offensive team in the league this year, it is tough for even the best teams to overcome teams who shoot the lights out.

The stat that makes me take a deep breath and realize that Milwaukee will be able to string together a couple of wins is that we currently give up the 20th most points per game in the league, but at the same time have the 10th best defensive efficiency and also the best net rating in the league. This just proves that teams are having unbelievable games, such as a game last week where the Pelicans tallied 21 three pointers including seven from Eric Bledsoe, who never hit that many threes in a game in his time in Milwaukee. Teams will begin to cool down, and I would not be surprised to see the Bucks overtake the Sixers atop the conference soon.

However, the 2-time MVP did not resign with the Bucks to be a good regular season team and nothing else, he resigned to bring the city that drafted him a championship. The Bucks have not won a title since 1971, and the Milwaukee Brewers have never won a World Series, so the city is hungry to have another title and hopefully within the next five years.

The Bucks window to win the title is wide open for the next couple of years, as Khris Middleton is under contract until 2024 and Jrue Holiday is locked in for the next two years. It has been proven time and time again that the Bucks can win games in the regular season and even the first rounds of the playoffs, but when the intensity gets turned up, they have been unable to come out of games with wins.

The common thought is that it becomes easy to stop Giannis in the playoffs as he doesn’t shoot the ball at a high percentage from three but even more importantly, the free throw line. When these games come down to cruch time, Giannis sometimes shys away from being aggressive as he doesn’t want to go to the line.

As much as this is a problem that Giannis has to work on, it doesn’t solely fall on Giannis’s shoulders to score in cruch time at the end of games. Eric Bledsoe rarely showed up in the playoffs, and swapping him for Jrue Holiday will allow the Bucks to have another guy outside of Khris Middleton who can go and get a bucket for themself in crunch time. Giannis also has the ability to draw in three to four defenders any time he takes a dribble towards the basket, so in the playoffs, Milwaukee will need their role players to step up and make shots. Guys like Donte DiVencenzo, Pat Connaughton and DJ Augustine will have to step up and make shots.

Another problem not just in the playoffs, but the regular season also is Brook Lopez and his three point shooting. He shoots a fine percentage, but he has become too reliant on that three point shot being the main staple of his game. When he was in Brooklyn, he was one of the best back to the basket players in the league, and was even able to nab and all-star game appearance based on his performance in 2013. All props to him for adding that element to his game, but when the Bucks need someone to go and get a basket late in the game, Brook is almost invisible standing in the corner waiting for a kickout, when he could at least be in the lane for an offensive rebound chance. The proof of this is from the 2019 eastern conference finals, where in game one he scored 29 points on 12 made shots, 8 of them being from inside the three point line. He was able to single handly take over that game and usher the Bucks to a victory, while Giannis was struggling.

Giannis’s free throw shooting is at an all-time low this season, and you can tell that it is getting in his head, as he takes almost the entirety of his 15 allotted seconds looking at the ball and pounding it against the ground. His release is the problem as sometimes he doesn’t snap his wrist on his free throws, and almost every time he does that he misses the free throw. It is all a mental thing, as you know that he is money in practice, but for some reason when the lights turn on, he can’t tap into his muscle memory.

The Bucks made the right decision by giving Giannis the supermax he deserves after giving the city hope. Giannis’s entire career has been about exceeding expectations.

Coming into the NBA no one knew who this skinny kid from Greece was, but he came to America, hardly knowing any English and put his head down and worked his way to becoming the Most Improved player. From there, people were’t sure how he could take his game to the next level, but he has put on absurd amounts of muscle and become one of the most dominant paint scorers in NBA history. The past two seasons, the Bucks have had lofty expectations put on them. This season isn’t the same, as everyone expects either the Lakers or the Nets to win the title, but this puts Giannis in a position where he can once again exceed expectations.

Along with help from Jrue Holiday and Khris Middleton, the Bucks can be a championship team, and if the rest of Giannis’s career is an indicator playoff success in the next 5 years, I wouldn’t be surprised to see the Bucks as champions soon.