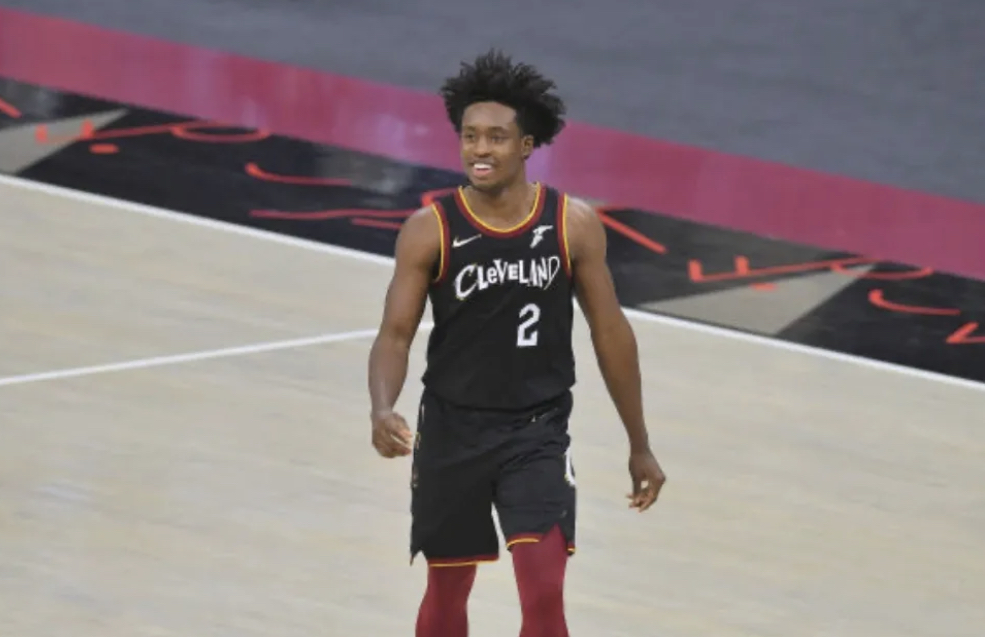 Anyone who has followed the high school basketball scene in the past five or so years knows just who Collin Sexton is due to his passionate style of play that led to wickedly entertaining highlight tapes(and also his nickname, Young Bull). Sexton would not back down to anyone and let any of his naysayers hear it when he started doing going off in games, whether that be opposing coaches, players, or even fans. The young guard played one lone season at Alabama and led the school known for football to an at-large bid in the NCAA tournament where they won their first-round game, but were then knocked off by the eventual champions, Villanova.

Sexton was taken 8th overall by the Clevland Cavaliers in the 2018 NBA draft where he still plays. In his rookie season, he played all 82 games and averaged 16.7 points. That season proved that he still had that competitive edge in him as it would have been easy to mail it in and sit out games to save himself for the future. But that is not how the young guard is wired. It is evident when he is on the court that the only thing he loves more than basketball, is competing. He plays with intensity on both ends of the court and never backs down from a challenge. He also has that ultra-focused look in his eyes at all times on the court, which is exactly what you want from a young player who a franchise is building around.

Last season, Sexton as an individual took a step forward in his game, but the Cavaliers continued to struggle altogether. In the 2019 Draft, Darius Garland was taken 5th overall by the Cavs, which left many people scratching their heads, as in two consecutive drafts they drafted undersized point guards, which in the era of the NBA where long versatile forwards like Giannis, Kawhi, and LeBron dominate the game, seems like they are going against the way that the league is evolving. This season it is starting to make sense what the Cavaliers front office was planning. They are trying to build the next CJ McCollum, Damian Lillard backcourt, that has proven in the past five years that a team can be successful with it’s scoring production coming from two undersized backcourt players.

This season Sexton has the Cavaliers sitting at a 9-9 record which puts them at 6th in the Eastern Conference, ahead of teams like the Hawks, Raptors, and Heat. This was a surprise to everyone as they came into the season at seven to one odds to just make the playoffs. This surprise start has been led by Sexton, but the rest of the team has stepped up as well, as the Cavs have seven players averaging more than ten points.

Not only have more players on that roster stepped up in terms of putting the ball in the basket, but they are also playing better team defense. Head Coach JB Bickerstaff is known for his defensive prowess. The Cavs rank 10th in the league in defensive rating and that is in large part due to the active hands of Andre Drummond and Larry Nance who seem to deflect every other pass that is thrown. That has led the Cavaliers to rank second in the entire league in steals, which leads to transition which is where Sexton thrives.

Sexton is deadly when he gets out and runs, but this year he has taken a more methodical approach in the half-court offense, specifically in the pick and roll. He is taking what the defense is giving him and showing unbelievable patience. His favorite move is to get a defender on his back and then slowly maneuver to his spot, 10-12 feet from the basket, and then put up his deadly floater that seems to always bounce off of the front of the rim, then softly hit the backboard and fall into the basket.

On the 27th, the Cavaliers beat the Detroit Pistons by a convincing 15 points. But the game was much closer than that up until the middle of the third quarter. And for those asking, yes I did watch the entirety of a Cavaliers-Pistons game, and yes I am still here to talk about it. In the middle of the third quarter on two consecutive possessions, Mason Plumlee of the Pistons kicked Sexton’s teammate Dylan Windler in the midsection, and then shoved him after the whistle and was not called for either of the fouls. Both of these incidents occurred right in front of Sexton who was taking a breather at that point in the game. This brought up Sexton’s intensity when he checked back into the game at around the four-minute mark in the third. He scored 12 points the rest of the game, bringing his total to 28.

When the stakes are the highest, and the game gets the most competitive, that is when Sexton plays his best basketball. When he came back into the game, the Cavs were only up by one, but Sexton got that look in his eye because the foolish Miles Plumlee wanted to take a few cheap shots on Dylan Windler. This should be a lesson to the entire NBA to not poke the Young Bull. Yes, I know the saying is “bear” but I couldn’t miss out on this opportunity.

Back to the “Sexton plays his best when the stakes are the highest” narrative. In high school, Sexton played in a playoff game just a few weeks after suffering a concussion. He would not be denied in this game, which just happened to be against one of their biggest rivals. He scored 43 points and punctuated his performance with a game-saving steal and one of the most emotional dunks I have ever seen in a basketball game on the other end.

This season, the biggest storyline in the NBA has been the Brooklyn Nets trading for James Harden and forming the most scoring-dense big three of all time. However, their first two games as a unit happened to be against the Cavaliers. On paper, the Nets should have blown out the Cavaliers and most of America thought so as well, as sportsbooks reported up to 70% of the bets were placed on the Nets. Sexton came out that night and had the game of his career, scoring 42 points, including four threes in double overtime including the difficult stepback three over the much taller and longer Jeff Green to ice the game.

But the play in that game that best summed up Collin Sexton and his will to win came in the second quarter on what looked to be a free runout dunk for seven-footer Kevin Durant. Sexton came sprinting in from the other side of the court and was able to swipe the ball out of the former MVP’s hand and then save the ball to a teammate. An effort like that is why he is called Young Bull. He could have easily packed it up and given up and no one would have blamed him at all. But that isn’t how Sexton plays the game. He is 100% effort 100% of the time and that makes him one of the easiest players in the NBA to root for.

Two nights later, the Cavs once again took on the Nets, and once again had the same result, a 12 point victory led by a 25 point performance from Sexton. The highest level of competition brings out the best in him, and when he gets that competitive edge, his teammates feed off of it and that is very promising for Clevland fans, who since LeBron left, haven’t had much to cheer for. If the Cavs front office commits to putting a solid supporting cast around Collin Sexton for years to come, there is no guessing what the ceiling to this team is with the fiery leadership of the Young Bull.