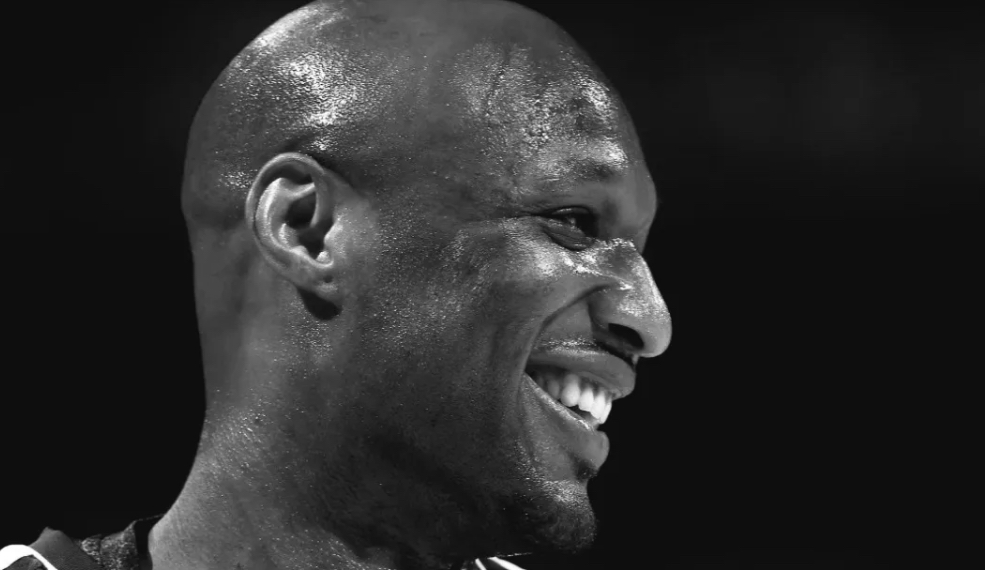 First let’s try and frame these LA times. The Clippers were dismal prior to Lamar’s arrival; they were in the middle of a malaise that would see them average just 25 wins in 4 non-lockout years from 1994-98. Those years were dominated by the likes of the Rockets, Bulls, and Spurs. The Lake Show down Western Ave was on the verge of greatness, with Shaq and Kobe about to lead them to a Three-Peat.

The Ships were going in the opposite direction of the Lakers in the lockout-shortened season of 1998-1999. They had drafted Michael Olowokandi out of the University of the Pacific with the #1 pick, which is was not the biggest reach ever in the draft as he did average 8.3 PPG and 6.8 RB over 10 season in the league, but when you look back at the rest of the ’98 draft you find Vince Carter, Dirk Nowitzki, Paul Pierce, and Antawn Jamison inside the first 10 picks. Once the season got started on February 5th, 1999, the Clippers would go 9-41, rank last in the league in attendance during their final year at the Sports Arena, and be led in scoring by Maurice Taylor’s 16.8 per.

Stepping into this void was Lamar Odom, who was taken with the 4th pick in the 1999 NBA Draft, which was three picks behind #1 pick Elton Brand and twelve picks before Metta World Peace. Lamar, Elton, and Metta, along with Erick Barkley were part of one of the all-time great, highly decorated, and most furiously recruited AAU teams of all-time; the 1996 Riverside Church NYC Hawks. These ballers never lost; ok, they did lose one game during their 69-1 season, and that was to “Team California” with Baron Davis and Jason and Jarron Collins, but that was it.

After the Riverside Hawks, Odom split time his senior year of high school at Redemption Christian Academy in Troy, NY and St. Thomas Aquinas in New Britain, Connecticut. St. Thomas. He was named Parade Player of the Year, USA Today First Team, and Parade All-American First Team for that senior year. Things got very messy from there. He was back-and-forth about jumping to the NBA, committed to UNLV, allegedly solicited a prostitute and received illicit payments from boosters. Goodbye Vegas; hello one tumultuous season with University of Rhode Island. He played well when finally on the court with a 17.6/9.4/3.8 slash line. His game felt a little throwback, like Paul Pressey with a splash of Micheal Ray Richardson, only with height. He was definitely ready for the NBA.

Announcing his arrival with a bang, Lamar lit up his NBA debut with 30 points, 12 rebounds, 3 assists, 2 steals, and 2 blocks versus Gary Payton, Vernon “Mad Max” Maxwell, and the Seattle Supersonics in a 104-92 loss. That would not be the Clippers’ last loss of the year, as they finished Odom’s rookie year with a dismal 15-67 record. Lamar started the season with 19 straight double-digit scoring games. The first triple-double of his career followed on December 30, 1999 in a 122-100 loss to the Houston Rockets. Lamar logged 10/13/10 on only 2-13 shooting. Stevie Francis, who was selected #2 in ’99, had 19 points on 8-12 shooting and added 11 assists.  Lamar would add two more triple-doubles and an All-Rookie first team honor in the Clippers’ first year at Staples, but it was an all-around terrible year for the Red and Blue, while the Lakers ended the year hoisting the O’Brien Trophy.

Alvin Gentry took over as HC for the 2000-01 Season and the Clippers looked a lot like the previous season’s version. They went a rough 13-33 thru January, including losing 9-in-a-row to close out that month. Lamar, however, enjoyed one of the best seasons of his career, leading his team in scoring. His slash line was 17.2/7.8/5.2 with a steal and 1.2 blocks a game. With his help, the team started to look buoyant around the All-Star Break. They ended the season at 31-51 and were 18-18 during the final 3-months of the season and Lamar put up 3 triple-doubles in 6 games during a March stretch, and all 3 games were wins for the Clippers.

The Triple-Double was not the ho-hum achievement it is today back in the early 2000’s, and Odom had 7 of them in his first 2 years with LAC. It was a major event and Lamar was early to that party. His game was made for stuffing the stat sheet. He had point guard vision, slasher movement, and big-guy board skills. He also could block shots and was a ball-hawk on D. Rare ability indeed. Even when LeBron soared on the scene, he did not notch a triple-double until his 116th game of his career. Both he and Russell Westbrook now do the triple -dip regularly, but in some cases, their teams should get some of the credit. It was very hard work in the dawning of the 21st Century.

At the beginning of the 2001-02 NBA Season, the Clippers and Lamar had reason for optimism with the Clips with the way they finished the past season  and also when they acquired Lamar’s former AAU running mate, Elton Brand in a trade with the Bulls during the previous summer. That optimism was quickly dashed for Lamar on November 6, 2001, when he was suspended for a 2nd time in career for drugs, most likely weed.

He ended up playing only 29 games due to the suspension, injuries, and a weird series of events where he went missing. The Clippers would have their best year of Lamar’s time with them, logging a 39-43 record, and finished just 5 games behind the eight-seed Jazz. Lamar was not in a good place and had definitely taken a step back as Elton Brand was stepping up.

In Odom’s last year with the club, injuries plagued him again, as he played in just 49 games. The club struggled with him, going just 27-55. Gone were high-flying Darius Miles and glue-guard Jeff McInnis and Clippers were not going to re-sign Lamar, as he was becoming a liability for the team with all the injuries and suspensions. Over his free agent summer, Odom lost his grandmother, who had raised him since his mother’s death when Lamar was 12. He was out of LA at 23 with the whole world on his shoulders.

The rest of Lamar’s story has been played out on the front page of newspapers and websites around the world. Oh, and not to mention TVs. He found success with the Kobe’s Lakers, which included 2 back-to-back NBA Championships and a Sixth Man of the Year award in 2010-11. He married Khole Kardarsian and yikes, bonkers. He recently in an interview shared that he was a “sex addict” and also slept with upwards of 2000 women. His struggles with drugs have been well documented, but as far as his NBA career goes, that has to be labeled as an overall success.

The question lingers; were the Clippers any good while Lamar Odom was steering the ship? That would probably be a soft “no”. The best year was in 2001-02, but that year Lamar struggled the most in his time with the team, playing only 29 games. They were definitely solid after the All-Star Break in 2000-01 with a 15-17 and Odom produced those 3 triple-doubles in 6 games(all 3 wins). Time may not look fondly on Lamar’s time with the LAC but his was the only true point-forward in the league during those years when a triple-double meant a little more.