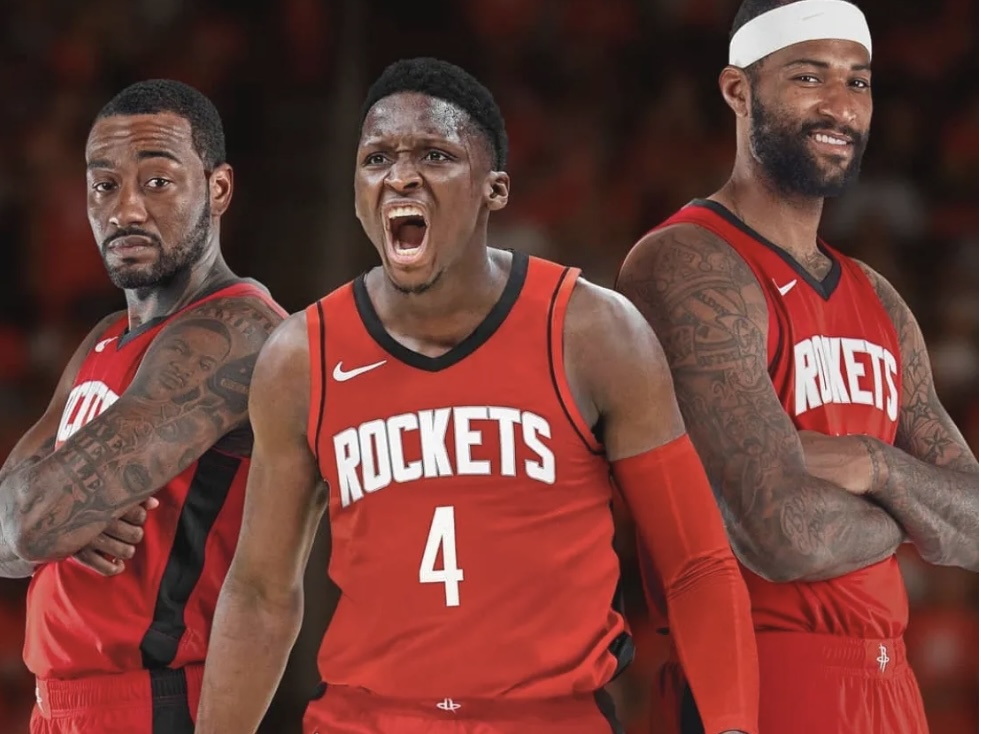 “We’re just not good enough, I love this city” are the words coming out of James Harden’s mouth following an embarrassing loss to the Los Angeles Lakers. This was just the icing on the cake for the James Harden trade who at the time had just gave up on the Houston Rockets and both his play back’s up this argument, James Harden is one of the greatest scores of this generation and even considered the greatest one on one player of all-time according to hall of famer Charles Barkley so when basketball fans observe that James Harden has scored less than 20 points in four straight games is simply ludicrous.

January 13, 2021 the Houston Rockets traded James Harden to the Brooklyn Nets in a blockbuster four-team trade that also involved the Indiana Pacers and the Cleveland Cavaliers, those trades were just music to James Harden’s ears as we sent the unhappy superstar to Brooklyn forming a superteam in the eastern conference.On the other hand the Houston Rockets received draft picks in the 2022-27 NBA drafts then,the Houston Rockets also acquired help in the backcourt with the addition former all-star Victor Oladipo and Kevin Porter.

The Houston Rockets right now are 11th best in the Western Conference with a record of six wins and nine losses, despite what their record say’s this is a very intriguing basketball team at full strength this Rockets team now consists of perimeter shooting along with swift slashers to the basket and lockdown defenders. As previously mentioned this new look Rockets team will actually play team ball now as opposed to James Harden’s ball dominate system which was brought on by Mike D’Antoni, in which James Harden would dribble the basketball to about 5 seconds or less and then decided whether to pass the basketball or shoot the basketball, that’s neither fun to play with or winning basketball as we would see as the Rockets would either get bounced in the first or second round of the playoffs.

John Wall benefits the most from the James Harden trade, because when you take a closer look at his playing style his game is very similar to a Russell Westbrook both are steady attacking the basket and have averaged around 7 assist when healthy but the key for John wall is if he can knock down that three ball at a consistent rate along with staying healthy then there’s no question that he’ll make major contributions to this Houston Rockets. For example Demarcus Cousins along with Christian Wood are excellent passing big men especially when being double teamed combine that with John Wall’s speed and Victor Oladipo shot making ability then you have a very interesting backcourt in the NBA.

Victor Oladipo well help the Rockets tremendously because he can do both slash along with create for himself as we seen when playing for the Indiana Pacers, then not to mention that his debut game he scored 32 points and dished out 9 assist, on the season Oladipo is averaging about 20 points per game, 5 assist a night he needs to improve his three point percentage because right now he’s shooting at a 35 percent clip but as he gets more comfortable those numbers will increase.Victor Oladipo ceiling is really high not only is this a contact year for him but this is a fresh start for him as well, because if we’re being honest the Pacers are in the process of becoming more of Domantas Sabonis and Malcolm Brogdon team which unfortunately left Oladipo as the odd man out.

Christian Wood, a player whose name the media needs to pay attention to because I’m here to tell ya this is the most improved player this season. Christian Wood is a major upgrade over Clint Capela unlike Capela, Wood can shoot the three ball, catch the unexpected pass, something in my opinion Capela could never accomplish. This season Wood is averaging a career best in points rebounds along with assist now Wood does need to get stronger something he’s came out and said but the reason why Wood is a steal, we can build the team around him because he’s only 25 years old, a solid 6’10 and has great feet, then something that doesn’t get enough media attention is just how durable this young man is, so Rocket fans keep a close eye out for Christian Wood because he’s going to take the league by storm.

Stephen Silas the new head coach for the Houston Rockets who just so happens to become the fourteenth head coach in Rockets franchise history, Silas brings a win mentality to the Rockets. Stephen Silas has expressed confidence in his ability to bring a championship to the city and really wants to help the next iteration of the Rockets, another thing I must add in is the hiring of John Lucas who serves as a player development role and with Lucas he brings championship pedigree because he spent time as the head coach for the San Antonio Spurs, Philadelphia 76ers, and Cleveland Cavaliers .

As far as the draft picks are considered I would move them as quickly as possible because those picks can be used as a package deal to acquire a superstar player such as Ben Simmons. A player who the Rockets have been eying since news broke that James Harden would rather be traded to either Philadelphia or Brooklyn, with Simmons can he shoot? Absolutely not but he does everything else actually well, Simmons was second in the running for defensive player of the year and that’s amazing considering that he’s a six foot ten inch point guard in the NBA. For example you can run your offense through Ben Simmons because he will make everyone on the court he’s playing with exceptionally better, and any offense would become better with this player on their team.

Kevin Porter Jr is interesting as well he was someone the Rockets acquired after the Harden trade but this kid’s upside is through the roof, Porter is a natural scorer who’s going to fit in with the new look Rockets team faster than expected. Porter excels in the mid-range area of the floor combine that with his catch and shoot ability from the three point line and he’s a legit 6’4 and is very shifty with his ball handling. John Lucas is going to play a great role in the development of Kevin Porter Jr and I’m super excited that the Houston Rockets traded a second round pick for him because the kid is really talented.

When looking back at The Rockets considered it good business to do what Harden wanted to keep a historically elite player happy. But when Harden tried to rush the Rockets to trade him in recent weeks despite the lack of an offer that they considered fair value, it wasn’t the annual ultimatum for improvement. It was something more. By leaving the Rockets twisting in the wind while camp opened with little communication, Harden made his absence the focus of rookie head coach Stephen Silas’ first day of practice. And by blowing off the NBA’s COVID-19 protocols, partying maskless during the pandemic and boasting about it on Instagram, Harden revealed what could come if he doesn’t get his way.

Another thing I must add is that Houston hasn’t accomplished its ultimate goal during its run with Harden, advancing to the Western Conference finals twice but never past that point. But the brilliance of Harden, the 2017-18 MVP and a top-three finisher in the balloting four other times over the past six years, provided Houston realistic hope of contending that only a handful of teams have each season. He’s also one of the sport’s most durable stars, routinely ranking among the league leaders in minutes and often playing through injuries such as sprained ankles and shoulder bruises that would cause other players to rest. All these things made it easy for the Rockets to look the other way when it came to Harden’s hard-living lifestyle.