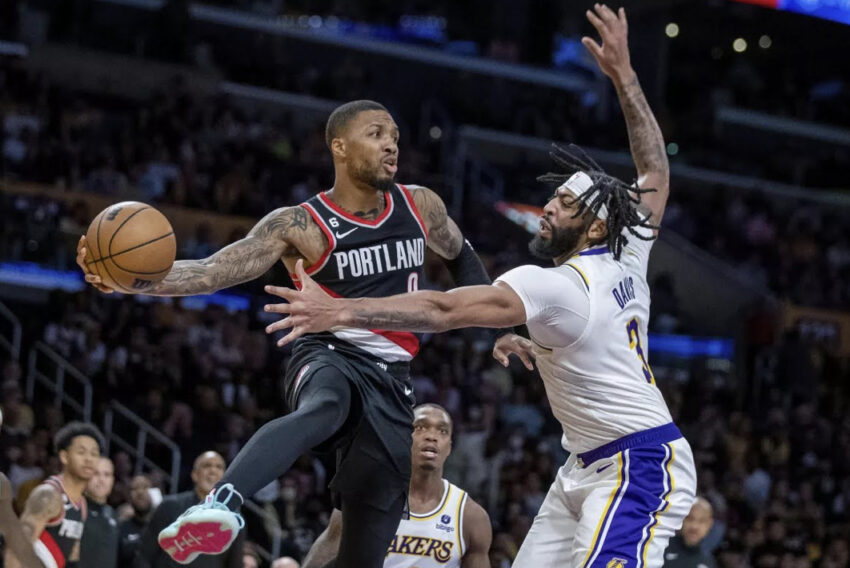 Jerami Grant made a driving layup with three seconds left to give the Portland Trail Blazers a 106-104 win over the Los Angeles Lakers. LeBron James missed a fadeaway jumper at the buzzer for the Lakers, who are 0-3 for the second time since James arrived in Los Angeles before the 2018-19 season.

Damian Lillard scored 41 points and Grant had 16 for Portland in which they are 3-0 for the first time since 2011. James had 31 points, eight rebounds and eight assists, Anthony Davis had 22 points and 10 rebounds and Lonnie Walker IV scored 15 points for the Lakers.

The Lakers missed 15 – 16 attempts from beyond the arc in the first half. The Lakers made 5 – 13 from deep in the third quarter, helping them outscore the Trail Blazers 35-23 and take an 83-78 lead entering the fourth. Patrick Beverley made a three pointer in transition, just the second three in the first 19 attempts for the Lakers, to tie score 59-59 with 8:37 left in the third quarter.

Lillard sank a three and then converted a three-point play on consecutive possessions to move Portland back ahead 72-66 with 5:13 left in the third. Austin Reaves hit a three in transition to give Los Angeles a 77-74 lead, and James sank 3s on back-to-back possessions to stretch the advantage to 83-76 with 30.4 seconds left in the quarter. A 15-0 run by the Trail Blazers allowed them to take their first lead and expand it to 24-16 with 2:30 left in the first quarter.

The Trail Blazers protected the lead throughout the second quarter, even as the Lakers got as close as three on a basket by James with 3:21 left. Portland eventually stretched the lead back to 55-48 at the break.