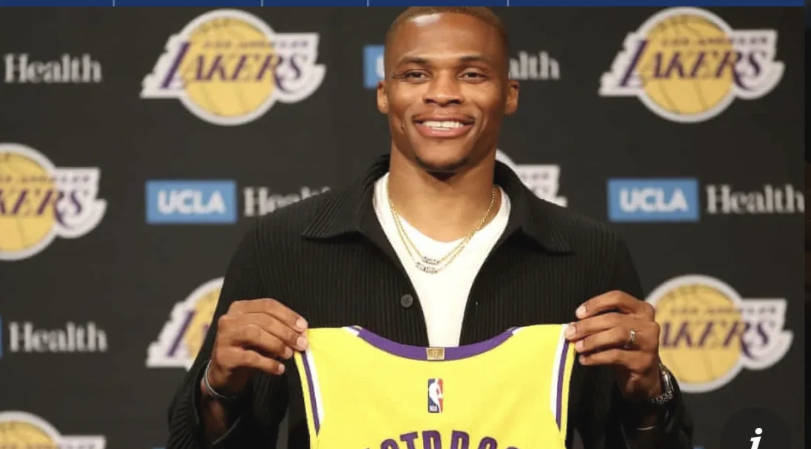 If you haven’t heard the news by now then, you’ve really been sleeping under a rock. Once again the Los Angeles Lakers have acquired another top free agent, but this one is a little different. Happily I mean this in a good way because this free agent is unlike any other on the market Russell Westbrook is different in so my ways Russell Westbrook gives you speed,dynamic, leadership and most of all someone who is going to give you everything in their tank, and then extra.

Furthermore with context this move is more beneficial because Russell Westbrook playing means not as many miles are going to wear on Lebron James body, that’s something NBA fans around the world don’t wanna see as Lebron James has had two major injuries in the last three seasons.

Another plus to having Russell Westbrook is Anthony Davis’ game is bound to elevate because truth be told that’s who this experiment all boils down to. How? Well quite simply with Russell Westbrook constantly driving into the paint putting pressure on defenses this is going to give Anthony Davis more opportunities to knock down a twenty foot mid-range jumper that Anthony Davis has in the arsenal bag of tricks of his.

Ultimately Russell Westbrook jumpshot will determine how well this Los Angeles Lakers team can perform as the season carries into the postseason.Teams are going to place more of an emphasis on protecting the pain and stopping at any thing to make sure that points in the paint are hard to come by what this means is that Russell Westbrook is going to get tons of open looks from behind the arc so improving a thirty-one percentage shooting from a year ago should be Russell Westbrook’s number one priority.

The Los Angeles Lakers have made serious moves this off-season to bring Lebron James some much needed shooting along the perimeter adding players such as Carmelo Anthony, Wayne Ellington, Malik Monk, and Trevor Ariza and a defensive presence in Dwight Howard. The moves that the Lakers have made will also make the addition of Russell Westbrook look amazing as in his high uptempo playing style will force the defensive to collapse giving these shooters wide open looks.

Now I’ll explain that I wasn’t a fan of this move when I first heard the news, Russell Westbrook inability to knock down jump shots consistently, along with his sometimes out of control playing style paired with one of the greatest sports minds in the history of the, one of the greatest players of all time as well. Then with all the new moves that Los Angeles has made their going to be one of the oldest teams in the NBA, so will this team have the stamina to compete and to challenge a team as the Brooklyn Nets if these two did meet in the NBA finals.

I wanna see this experiment work, which is why I’m rooting for them to make it to the NBA finals but it’s just hard to see someone beating the Brooklyn Nets when a healthy team consists of shooting and players who can create their own shot. Russell Westbrook is going to be in for an incredible season and I can’t wait to see how it all plays out.