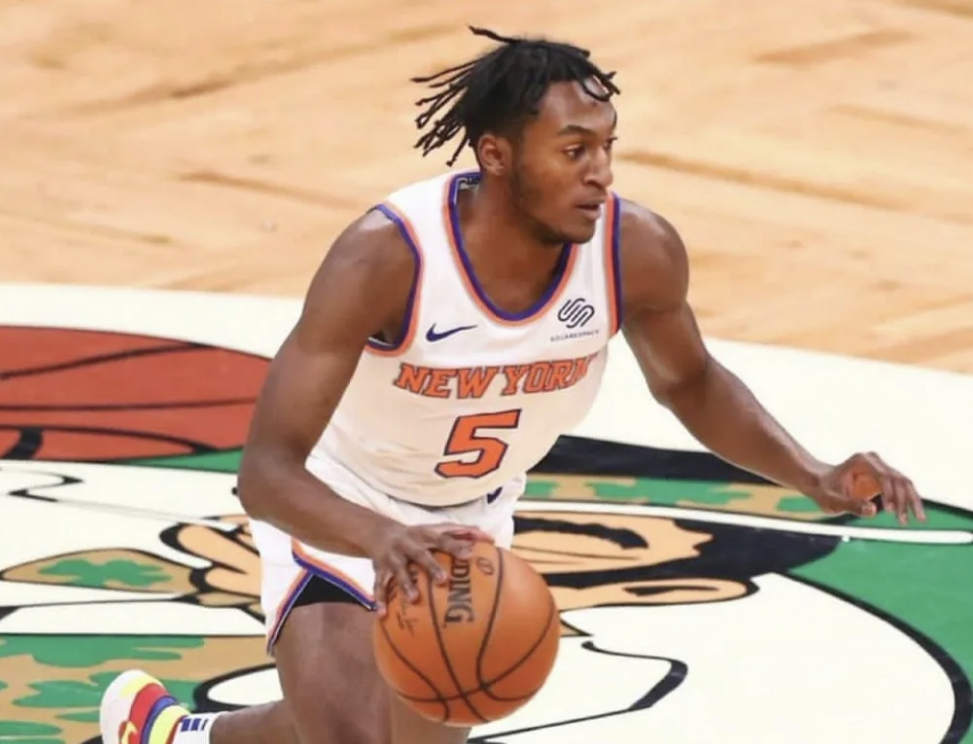 It is no secret that the City of New York is painfully loyal to their sports teams. And that especially goes for the Knicks. Since 2002, they have only made the playoffs four times, and have not advanced past the second round since 1999.

Yet Madison Square Garden remains one of the best venues in all of sports if the Knicks are a competitive team. That is why this season is bittersweet for New Yorkers. The Knicks are competitive this year and this feels like it would be the season where MSG would be packed and give the team an edge in close games. COVID has stripped the loyal fanbase of that opportunity, but when fans are allowed back in, they will be wrapped around 7th Avenue to see this young, gritty and exciting team play.

What seems to be the glaring change within the Knicks organization is the hiring of veteran coach Tom Thibodeau, who was with the team from 1996-2004 as an assistant coach. After stints with the Bulls, and then Timberwolves, Thibodeau returns to New York with playoff aspirations. The new head man of the team seems to have gotten the team to buy into team defense as they rank in the top five of defensive rating this year and are giving up the fewest amount of points per game in the league thus far.

Not only has Thibodeau stepped up and gotten his guys to buy in, but there are also few players who have emerged as important contributors. Julius Randle is averaging the most points of his career and has almost doubled his assists per game number this year, from 3.1 to 6.1. This is evident on the court, as he doesn’t get tunnel vision going to the basket as much as he used to in Los Angeles and New Orleans, and the offense seems to be playing well around him. Although RJ Barrett is shooting poorly from three, he has improved in every other aspect of his game. The Knicks may have lost out on the Zion Williamson, Ja Morant sweepstakes in last year’s draft, but RJ as a consolation prize seems to be very fair to the organization.

In the past few years, the Knicks have been banking on stars coming their way in free agency and getting lucky in the draft lottery. They have struck out on both fronts recently and the front office seems to have had some time to reflect and make the smart decision. The Knicks are still the most valuable franchise in the league, and the front office thought that alone would be enough to attract the Kevin Durant’s and Giannis Antetokounmpo’s of the world. That was where they were wrong. Teams actually have to show flashes of potential to be attractive destinations to superstars, it’s not ALL about the market, even though that plays a big part. A perfect example of this is that the Suns were able to land Chris Paul this offseason in part because of the flashes that they showed last year in the bubble and the promise of that young core led by Devin Booker. So the Knicks made the smart choice by hiring a coach that knows how to win in this league, so hopefully, in the next couple of offseasons, the Knicks will become a primetime free agency destination for stars.

They seem to be well on their way to that with very young players such as Mitchell Robinson, Obi Toppin, and the potential steal of the draft this season, and already Knicks fan favorite, Immanuel Quickley. Robinson has established himself as one of, if not the best, young rim protector in the league with his freakish length and athleticism. He also has the ability to catch lobs and rebound at insane rates on the offensive end. Toppin was the 8th pick in the draft this year, and has missed most of this season with an injury, but has shown flashes of being a good roll man, and is very active on the glass.

Immanuel Quickley is maybe the most interesting player on this Knicks roster currently. He was taken with the 25th pick of the first round in this years draft out of Kentucky, and not much was expected of the six-foot three point guard coming into the season. But he has exceeded all expectations this season when he has seen time on the court. His ability to slice through defenses and get his floater seemingly whenever he wants is crucial for the Knicks as outside of Julius Randle and RJ, they lack a third creator who can get a shot whenever he wants. He has also shown great chemistry with the big men on this team and is a threat to throw a lob at any point.

The only thing that might be holding Quickley back is that he is still coming off of the bench and Elfrid Payton is in the starting lineup. Payton is a solid defender but struggles on the offensive end of the court. Although Quickley is not as stout of an on-ball defender as Payton, he remains active and is able to get deflections in the forms of steals and even blocks. Inserting Quickley into the starting lineup and letting Payton be a defensive specialist coming off the bench could be the spark that the Knicks offense needs to get going. In four of the five games where Quickley has logged more than 20 minutes, he has scored at least 15 points, including efforts of 23 points against Clevland, and a career-high 31 points on Sunday against the Trail Blazers.

The question mark for this Knicks team is what they do with their other young players who they have either drafted or traded for. I am specifically speaking on Frank Ntilikina, Kevin Knox, and Dennis Smith Jr. All of these players have shown flashes, but have never really put it all together. Knicks fans are split among what to do with Frank especially as he has the potential to be a great three and D player in this league, but it is also now his fourth season in the league and maybe time for a change of scenery.

I think what the Knicks should do here is try to package Frank and Dennis Smith Jr. together and trade for either Evan Fournier of the Magic, or a deal with the Thunder that would ship New York George Hill, Mike Muscala, and also try to pry away one of the numerous draft picks the Thunder have acquired. Both of these trades would allow Frank and DSJ to have the chance to revive their career’s on teams that will be looking to sell at the trade deadline and commit to building around young talent. The Knicks lineup would get some much-needed offensive firepower with either option and in recent years with the Bucks and now the Thunder, George Hill has shown himself to be one of the most efficient three-point shooters in the league. Muscala would bring shooting to the Knicks frontcourt who severely lacks range. Fournier has also been a borderline all-star for most of his career, and his contract is expiring after this year, so the Knicks will either have the chance to try to sign him on a discount to try to convince free agents to come their way come to the offseason.

There are also some things that numbers can’t measure with this team. In the past couple of years, it seemed as if they played with no fire and just went through the motions on the court. But that has changed this season, as Thibodeau has ignited the team and gotten them to fully buy into team defense, and hustling for loose balls to capture extra possessions.

The Knicks are currently the 8th seed in the East prior to tonight’s matchup with the Utah Jazz. This season there is a play-in tournament for the 7th and 8th seeds in both conferences, so as long as the Knicks place within the top 10, they will have a chance to make it back to the playoffs for the first time since Carmelo Anthony was leading the team.

New York comes in as 11.5 point underdogs tonight, and coming into the season they had six to one odds of making the play-in tournament. But this season looks to be the one where the Knicks finally turn it around. So in terms of teams you want to bet against, the Knicks have proven early in this season that they are not one of those teams. The front office bet on the future of the Knicks by hiring Thibodeau, and it seems to be paying off, and hopefully come next year, we get to see MSG packed with screaming Knicks fans excited for what is to come.