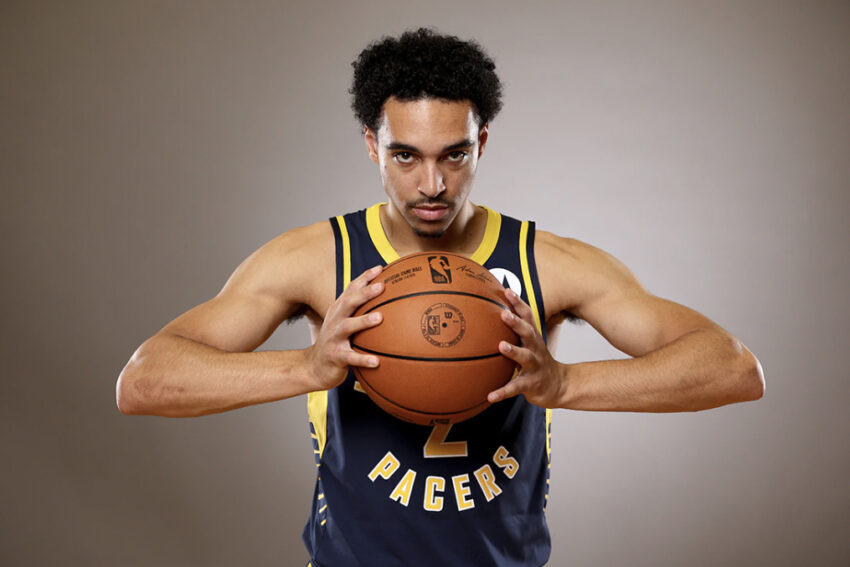 This week 8 in the NBA some young talents have stood out. Let’s go through the NBA Top 5 rookies of the week with Andrew Nembhard, Paolo Banchero, Keegan Murray, Jabari Smith, and Tari Eason. All of those players had a huge impact on their team during this week’s games.

3. Keegan Murray (Sacramento Kings) – At the end of this week, the Sacramento Kings have a 14 wins and 11 losses record. They finished the week at the 5th seed of the Western Conference. The Kings rookie, Keegan Murray, the No. 4 overall pick of the 2022 NBA Draft, has shown his efficiency on the court. However, this week, the Kings finished on a win and 2 losses record. What is different for Murray is that his impact is most of the time done without the ball in his hands. Cutting to the basket is his specialty. On Wednesday, December 7 the Kings lost 126-113 to the Milwaukee Bucks, and the 6-foot-8 small forward played 27 minutes and shot 60% from the field with 15 points and 4 rebounds. Then, on Friday, December 9 the Kings won 106-95 to the Cleveland Cavaliers and Murray played 30 minutes and went for 18 points while shooting 75% from the field. Finally, in the last Kings game of the week, despite the 112-99 loss to the New York Knicks, the No. 4 2022 NBA Draft pick played 35 minutes and went for 18 points and 7 rebounds while shooting 40% from the field. The Kings rookie really stood up from all of the other rookies by his capacity to cut to the basket and make important plays for his teammates.

5. Tari Eason (Houston Rockets) – Another Houston Rockets rookie is in this Top five NBA rookies of the week 8. It’s Tari Eason, the No. 17 overall pick in the 2022 NBA Draft. When he is on the court, Eason shows his efficiency, exactly as he did this week. The 6-foot-8 forward is now number seven on the NBA rookie ladder. On Monday, December 5 the Rockets won 126-113 to the Philadelphia Sixes in overtime, and Eason played 21 minutes and went for 18 points and 6 rebounds while shooting 63.6% from the field. Despite a tough game on Sunday, December 11, playing 13 minutes without scoring, the No. 17 overall pick in the 2022 NBA Draft showed his toughness and competitiveness. It will be interesting to see how Eason will evolve during this year in the NBA.