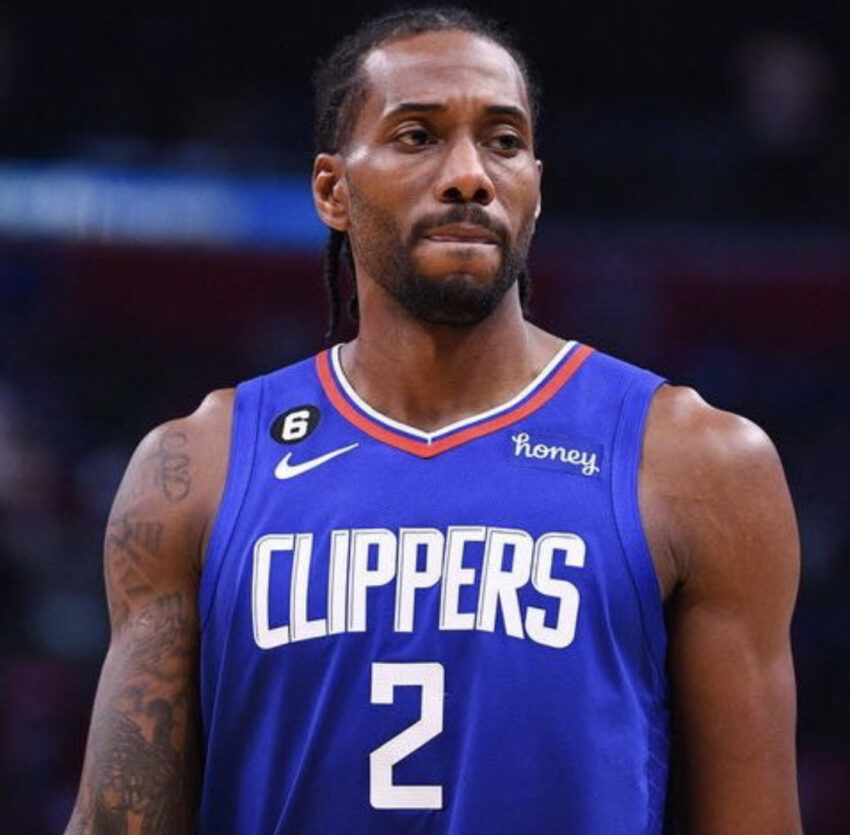 Kawhi Leonard signed a three-year $103 million maximum contract with the Los Angeles Clippers in 2019 right after winning his second NBA Championship and Finals MVP Award with the Toronto Raptors. Since the season began on October 20, Leonard has only played two NBA games with the Los Angeles Clippers. He then stated: “ It feels great. I’ve put in a lot of work to be the player I’ve become today. And not playing and being young is kind of devastating. But I’m back now. So I’m very happy.” However, the LA Clippers continue the management of one of their star and still didn’t give a date for Leonard’s return. It has been a long time now since the 2-time NBA Champion with the San Antonio Spurs back in 2014 and with the Toronto Raptors in 2019, has made his healthy and full return to a basketball court. Let’s take a look back at why Leonard is in this situation.

The two-time champion suffered a partially torn ACL in his right knee during Game 4 of the Western Conference Semifinals Playoffs on June 14, 2021. He missed the entire 2021-22 season trying to prepare for the 2022-2023 one. Every fan thought that Kawhi was partially back during Opening Night on October 20 in a 103-97 Clippers win over the Los Angeles Lakers. The 31-year-old came off the bench and spent 21 minutes on the court. He went for 14 points, 7 rebounds, and 2 assists. However, the Clippers were just seeing how Leonard’s injury was going in an official game. The Clippers’ head coach Tyronn Lue told to the reporters during an after-game press conference: “It’s gonna take a few more opportunities to get that in and then kinda reassess and see how he’s feeling after we go to medical, and just kinda see if we check all the boxes.”

Lue is very confident regarding Leonard’s return since he recently stated that the work that his player is able to do is very encouraging. “He played five-on-five this morning [on Friday, November 11] with some of our guys, some of the players, and some of the coaches. [It was] the first time he was able to get on the court and play five-on-five, and he looked pretty good. He still has a ways to go, but that was the first sign of positivity in him getting on the court and playing five-on-five.” He also stated on November 6 before a game against the Utah Jazz that the Clippers would carefully listen and do what the medical staff advises. The team is saying that his missed games are officially due to “injury management.”

What is now known is that the two-time Defensive Player of the Year back in 2015 and 2016 is suffering from tightness in his surgically repaired knee which is frequent for a player who has torn his ACL. In consequence, Leonard’s return to the court is a day-to-day decision, and any date of the Clippers’ star forward’s return has been communicated. Not only all of the Clippers and basketball fans are waiting for his comeback but also the players in the league.
After the Brooklyn Nets won against the Los Angeles Clippers on Saturday, November 12, during the after-game press conference Kevin Durant told ClutchPoints about Kawhi Leonard’s situation: “He’s an all-time great. “He’s been through injuries before. He knows how to deal with his body. He knows his body better than anybody. The league is better though when Kawhi Leonard is playing. Definitely helped, it was easier not having him on the floor tonight as far as we need wins, but would love to see him back soon.”

Regarding the next Clippers game against the Brooklyn Nets on Monday, November 14, Kawhi Leonard will not play and will continue his rehabilitation for his comeback. The 2- time NBA Champion said that he is “frustrated” to not be able to help his teammates on the court and hopes to come back as soon as possible.