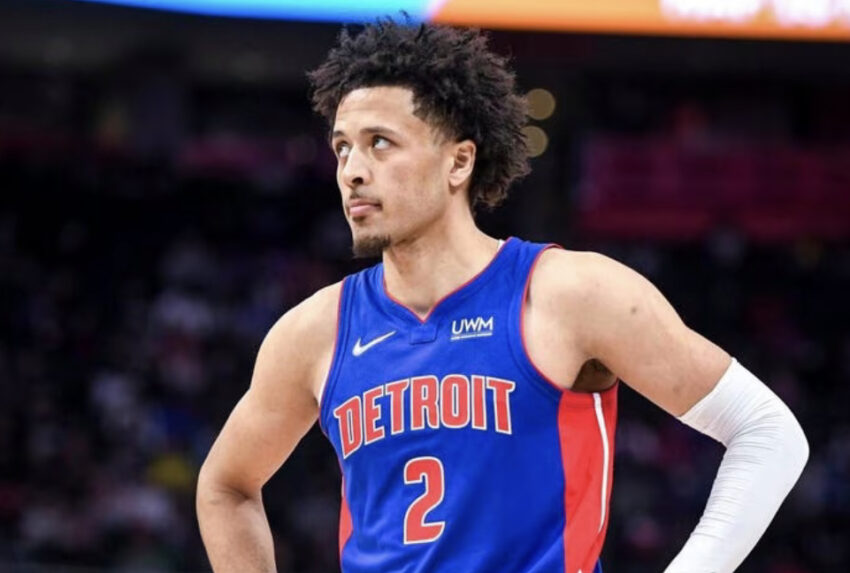 With the #1 Pick in the 2021 NBA draft, the Detroit Pistons drafted Cade Cunningham as the franchise player in their rebuilding years. Cade averaged 17.8 points per game while shooting 41.6% from the field, participated in the Rising Stars game at All-Star Weekend, and was selected to the All-Rookie Team in his rookie campaign.

After adding 10 pounds to his weight in the 2022 offseason. Cade was looking to make a big jump in year 2 and possibly be selected as an NBA All-Star. Cunningham had high hopes for the team coming into this season.

“We can turn the corner,” Cunningham said. “We’ve got a lot of talent here, a lot of depth. We’re coming together more and more each day. We’re figuring each other out more. It’s an exciting time for us. But the league is tough. The league ain’t easy. So, we’re just taking it day by day and trying to get better each day.

“If we do that, then playoffs are our goal. We’re trying to get into the playoffs and really just see where we can go.”

Cunningham has averaged 19.9 points, 6.2 rebounds and 6 assists in 12 games this season before he was sidelined on November 9th, with an injury to his left shin. Cunningham wanted to test different rest and rehabilitation methods to alleviate the injury however, a decision to have surgery was announced ending his 2022-2023 season.

With the Detroit Pistons sitting at 7-22, they’ll have to look forward to a full recovery for Cade Cunningham next season.