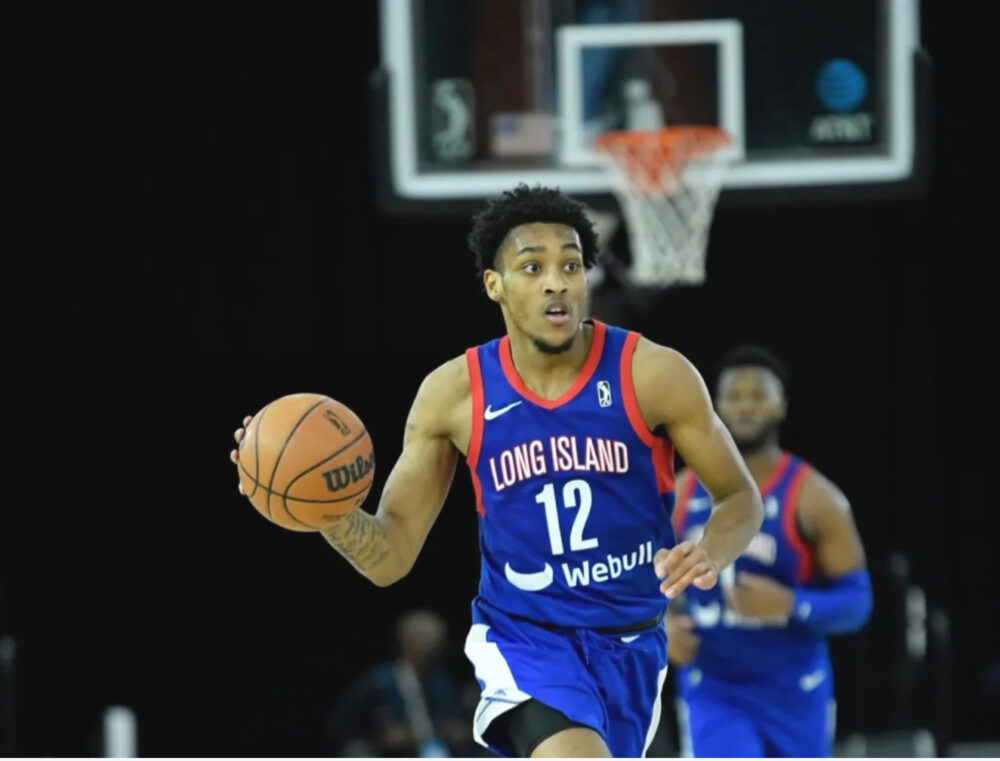 The G-League had the season get paused since the number of covid cases in the NBA started to rise and the league had to allow teams to sign G-Leauge players to 10-day Hardship deals. Which was great for the players in the G-League giving them an opportunity to get real NBA minutes. Since the season resumed on January 5th players have been performing exceptionally well. With that Anthony Forrester, gives you his top 10 performers since the season resumed.

1) Craig Randall II (Long Island Nets) – When the G-League season resumed Craig came out hot scoring 40 points vs College Park and 44 vs the Greensboro Swarm. From January 5th-9th Craig was named player of the week averaging 35.3 points, 5 assists, and 4.7 rebounds. Craig has been scoring in bunches this month and as of late scored 34 points vs Maine Celtics while hitting 6 threes. He followed that performance with a 35 point outing vs Fort Wayne Mad Ants where he hit 7 threes. Craig is showing his scoring ability and looks to keep it up.

2) Carlik Jones (Texas Legends) – Carlik set a career-high in points with 42 and assists with 10 against the Santa Cruz Warriors. Carlik had a terrific week from January 10th-16th and won Player of the week honors. During that week Carlik averaged 32.5 points, 10 assists, 5 rebounds, and 1.5 steals. Carlik has been doing it all for his team but his ability to distribute the basketball is huge. Carlik has been a thief on the defensive end racking in steals in every game.

3) Moses Moody (Santa Cruz Warriors) – He has only played in three games since the G-League Season resumed but he made the most out of them. Moses goes back and forth between Santa Cruz and Golden State. With the Santa Cruz Warriors, he scored 30+ points in three straight games. Moses has always been a shooter since his days at Arkansas. When Moses is not with Golden State he is one of the best players in the G-League.

4) Cat Barber (College Park Skyhawks) – Cat has been a leader for the Skyhawks on the offensive end scoring at a high clip while dishing out assists to his teammates. His ability to do both makes him versatile for his team and gives them a chance to be in games. Early in the restart Cat had back-to-back games where he dropped 30+ vs the Lakeland Magic. In a matchup vs Motor City Cruise, he went off and dropped 40 points, 6 assist, and 1 steal. When Cat is on the court the Skyhawks are in good hands.

5) Trevelin Queen (Rio Grande Vipers) – Trevelin Queen is a swiss army knife. He makes an impact every time he touches the floor. Trevelin can literally do it all on both ends of the floor. In a matchup vs Agua Caliente Clippers, he put up 28 points, 6 rebounds, 4 assists, 5 steals, and 2 blocks. In his next game vs the Austin Spurs, he put up 31 points, 5 rebounds, 2 assists, and 7 steals. Trevelin is dominating when he plays in the G-League. The young stud is a problem.

6) Mason Jones (South Bay Lakers) – Mason has been on a complete tear since the G-League season resumed. He started off with a 17 point, 11 rebound, 1 assist, 2 blocks, and 5 steal outing vs the Rio Grande. He followed that up with a 44 point explosion while adding 16 rebounds, 4 assists, and 2 steals against the Salt Lake City Stars. Mason is one of the leaders for the Lakers and he leads by example when you look at him. He recently put up another great offensive performance vs the Sioux Falls Skyforce where he put up 30 points, 10 rebounds, 6 assists, 4 steals, and 2 blocks. He impacts the game in so many ways with his versatility.

7) Terry Taylor (Fort Wayne Mad Ants) – Terry has been a double-double machine since the restart. Terry has done a lot for the Mad Ants in the scoring column and on the glass. Terry has the ability to stretch the floor with his ability to hit the 3 ball at a decent clip. Terry also has shown his passing ability as well. Terry plays through contact and is a beast on the glass. Terry looks to keep his double-double streak alive as the season progresses.

8) Daishen Nix (Rio Grande Vipers) – Daishen is an efficient scorer and a very solid PG. He does a little bit of everything on the court he can score from all three levels while getting boards and dropping dimes to his teammates. In Daishen last three games, he has scored 27, 29, and 34 points. This is Daishen second year in the G-League after debuting with the Ignite last year. Daishen looks to keep up his high scoring as the season progresses.

9) Justin James (Cleveland Charge) – In the 4 games, the Charge has played since the restart Justin has been really good. He is averaging 29.8 points, 7 rebounds, 3 assists, 2 steals. Justin James at his 6’7” frame is a nice player. Justin comes in the game and gets right to it no if and or buts about it. Justin will look to keep it up for the Charge as he continues to grow from the stellar performances he has had this season.

10) Kevon Harris (Raptors 905) – Kevon is a real solid player for the raptors. He plays the game with so much poise and is really a key piece for the 905. He doesnt average over 20+ but he does play on both ends of the floor. He can defend at a high level, he has active hands that allows him to get blocks and steals. He isnt afraid to bang down low to get boards. Kevon is a guy you want on your team.