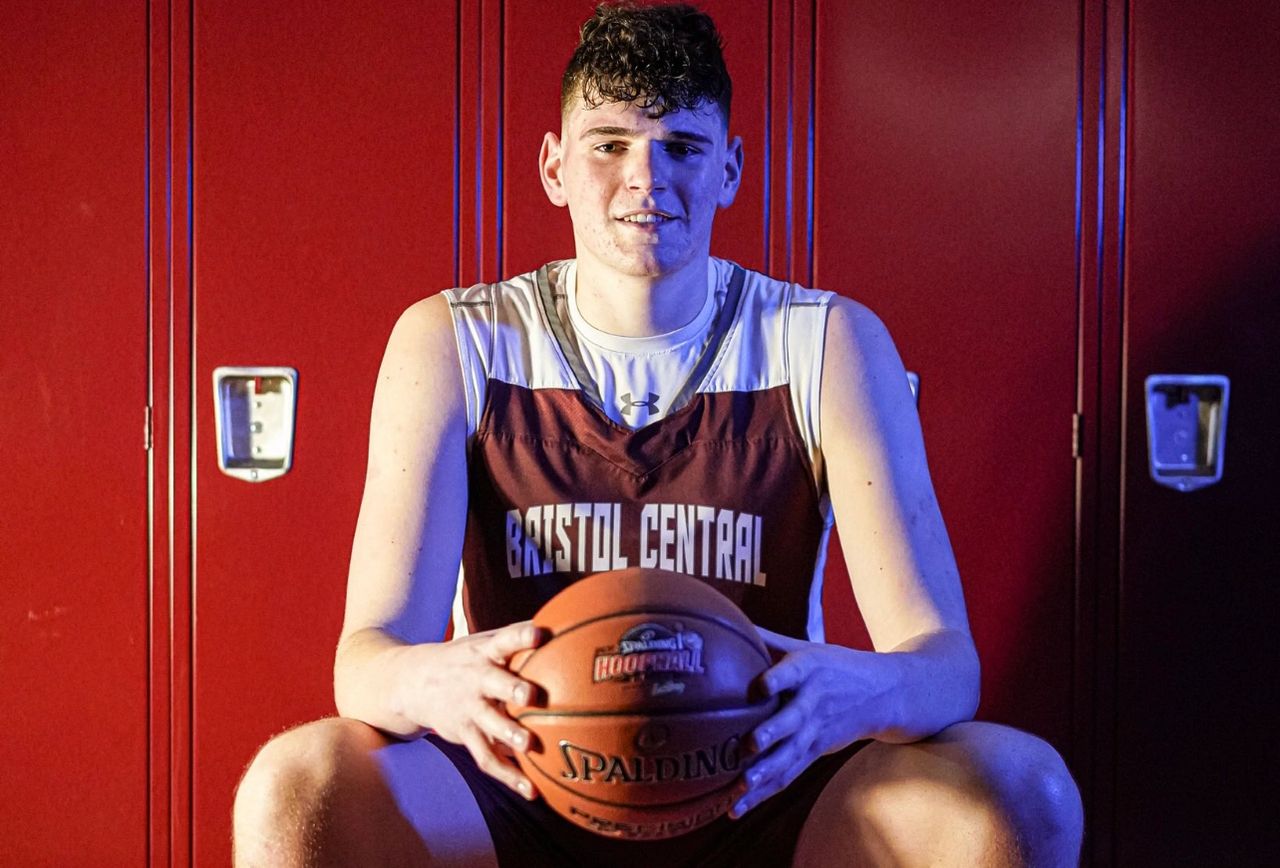 The Hoop Hall Classic at Springfield has had the #1 pick in the last 11 NBA drafts that came through this showcase. With the talent this year the tradition looks like it will continue. So many great players were at this showcase and played well with their squads. With that, Anthony Forrester will give you his top ten performers in this year’s HoopHall Classic.

1) Donovan Clingan (Bristol Central High School)- The 7’1” bigman out of Bristol Central High School made a statement in his matchup vs Springfield Central High School with a triple double. Clingan dominated in this game scoring 24 points on 10 of 19 from the field. Not only was Donovan unstoppable on the offensive end but he did a great job protecting the paint, ending the game with 10 Blocks. Donovan finished the game with 16 rebounds with 8 coming on both ends of the floor. While sprinkling in 3 assists and 2 Steals he had an overall great performance by the UCONN commit.

2) Kyle Filipowski (Wilbraham and Monson Academy)- The 6’11” Duke Commit dominated vs Life Christian Academy. Kyle put up 28 points in a blowout victory while adding 10 boards. Kyle impacted the game from start to finish. He is always active around the glass and quick on his feet. Kyle takes pride in his defense and finished up with 5 blocks and 2 Steals. Kyle has good court vision and is always looking up to pass for easy transition buckets he finished with 4 assists.

3) Jalen Hood-Schfino (Montverde Academy)- The #22 player in the class of 2022 has such an amazing feel for the game. In his matchup vs DeMatha he put up a triple double with 12 points, 13 assists, and 11 rebounds. He has a great handle which allows him to get in the lane and create for others at will. In his matchup vs IMG he put up 19 points, 8 rebounds, 5 assists, and 3 steals. Jalen is a player that makes an impact all over the court as a true floor general.

4) Dereck Lively (Westtown School)- The #2 ranked player in the class of 2022 and Duke commit didn’t get a win at the HoopHall but he showed his skill set at this tournament. In his Battle vs Mikey Williams and Vertical Academy he was very active on the glass with put backs and boards in that game. His vision and motor was on display always having his eyes on the ball and finding holes in the defense. He finished with 22 points, 20 rebounds, 4 assists and 6 blocks vs Vertical Academy. Duke is getting a very talented player.

5) Ian Jackson (Cardinal Hayes High School)- The 6’5” sophomore looked incredible in a win vs De La Salle. Ian displayed his tough shot making ability from deep as well as playing through contact in the paint. Ian is a fearless competitor and brings excitement to his squad with his athleticism and energy. Ian scored 30 points, while adding in 4 assists and 4 rebounds. He has a nice frame and will only continue to get better.

6) Mark Mitchell (Sunrise Christian School)- Mark played well in his two games at the HoopHall Summit. In his first game vs Combine Academy he put up 23 points, 8 rebounds, 3 assists, and 1 block. He followed that performance up with 27 points, 12 rebounds, and 2 assists in a win vs Wasatch. Mark is very active around the paint area and has the ability to stretch the floor from the 3 point line. He is aggressive in the paint when it comes to rebounding and defending. Mark is a big reason why Sunrise Christian School is #1 in the country.

7) Marvel Allen (Calvary Christian)- Marvel showed out in a win vs Camden the #2 team in the nation. Marvel is a dynamic guard that can score in the paint, midrange, and 3 point range. Marvel displayed his ability to create his own shot and blow by his defenders with his quickness. Marvel put up 22 points, 4 boards, 3 assists, and 2 steals. Marvel showed his ability to perform on the big stage. The 2023 LSU commit is just getting started.

8) Mikey Williams (Vertical Academy)- The #11 player in the class of 2023 lead his team in a victory over Westtown School. Mikey put up 22 points, 5 rebounds, 4 assists, and 6 steals. Mikey left his print all over this game. Mikey showed his range as well as his ability to hit contested 3’s. Mikey is known for his highlight dunks and shooting ability but he is an underrated passer and really gets his teammates involved. Mikey isn’t afraid to play defense and is really active on that side of the floor. He put on a show vs Dereck Lively the #2 commit in the class of 2022.

9) Taylor Hendricks (Calvary Christian)- The UCF commit came to play in a upset victory over Camden the #2 team in the country. Taylor was efficient in this matchup shooting 7-12 from the field, while shooting 2-2 from 3 point range and 2-2 from the freethrow line. Taylor finished with 18 points, 12 rebounds, 4 assists, 2 steals, and 4 blocks. Taylor displayed his ball handling ability by taking his defenders off the dribble and getting into the paint. He is very athletic around the rim as well as having a soft touch. Johnny Dawkins is getting a very good player in Taylor Hendricks.

10) Joe Griffin Jr (Springfield Central High School)- Joe played well in the HoopHall Classic. In his first game vs Putnam he put up 14 points, 15 rebounds, and 1 steal. In his second game vs Bristol Central he put up 20 points, 13 rebounds, and 3 steals. Joe is a double double machine.