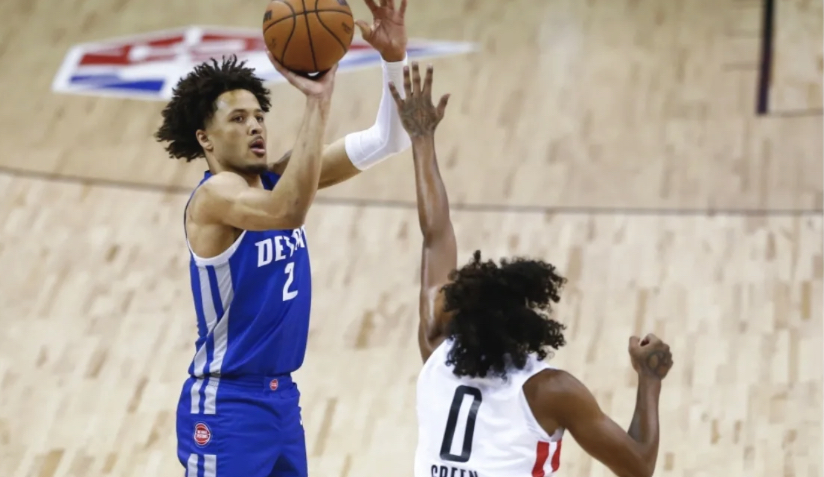 The NBA Summer League gave a preview of what to do expect from the NBA Draft class of 2021. There were great showings from the top draft picks and even some undrafted players who raised their stock value to the talent scouts looking to sign them. Though the upcoming NBA season doesn’t start until October, there is a buzz about these particular talents who could hold win some honors before it is all said and done. Here’s a look at the top five candidates that could be Rookie of the Year for the 2021-22 season.

1. Cade Cunningham: It would be natural to select the number one pick to be a shoe-in for Rookie of the Year honors, though in some cases, said number one pick isn’t always a sure thing to win. Cade Cunningham is the former than the latter. The Oklahoma State product was one of the prime standouts from the NBA Summer League, averaging 17.4 points and 6.2 rebounds per game. The Detroit Pistons will lean heavily on Cunningham for the upcoming season, which is all the motivation needed to strive in the rookie race.

Cunningham has been known to be a proven scorer from his time with Oklahoma State and the Pistons were in need of one. As far as putting up scoring percentages, Cunningham will find himself jockeying for position with Jalen Suggs, Jalen Green, to name a few. Whether or not Cunningham finds himself in the same company as previous number one picks to win Rookie of the Year honors like Allen Iverson and LeBron James remains to be seen.

2. Jalen Suggs: Speaking of Jalen Suggs, the Gonzaga combo guard could be seen as a possible contender to win Rookie of the Year honors. Suggs had an impressive showing in the summer league, averaging 15.3 points, 6.3 rebounds, and 2.3 assists per game. The Orlando Magic, like the Pistons, needed another scorer that will help out Cole Anthony, Markelle Fultz, Terrence Ross, and Mo Bamba, and with Suggs, that could pay off nicely.

If the Magic are to find some success heading into the upcoming season, Suggs must be their top priority. During his time with Gonzaga, Suggs averaged 14.4 points, 5.3 rebounds, and 4.5 assists. Suggs is capable of making big plays and big shots, which is what Orlando will be looking for, while establishing their guard depth. Suggs can be first Orlando Magic rookie since Mike Miller to win the award, and can lead the team into the right direction.

3. Jalen Green: From one Jalen to another, Jalen Green is another prime candidate that many should consider. The G-League Ignite stand out caught the attention of many scouts and fans during the G-League bubble as a future breakout star. Green’s offensive arsenal is clearly what the Houston Rockets need to spark their rebuilding phase.

4. Scottie Barnes: There were some people who had their doubts about Scottie Barnes when the Toronto Raptors drafted him. The Florida State product had much to prove if he were to be a force for the Raptors faithful. In the Summer League, he did just that.

Barnes was the top player for the Raptors summer league team in points, rebounds, assists, blocks, and steals. If Barnes’ production in the summer league is anything to go by, he could be someone that’s looking to prove everyone wrong and put those naysayers in silence. Barnes may have the odds stacked against him, but with a team riding the shoulders of Pascal Siakam, the need to become a star will be sooner than later.

5. Davion Mitchell: The Sacramento Kings needed another piece like they needed an all-star. Davion Mitchell has all the potential to be not only a Rookie of the Year steal, but also the future of the Kings. However, that process will take time.

Mitchell led the Kings summer league team in assists, but only third in scoring. Davion may develop into being a floor general that Sacramento has been lacking, but it will take a lot of touches and plays set up for the Baylor point guard to go on a scoring tear like his older brother, Donovan Mitchell. Time will tell if Davion Mitchell will reach those heights.