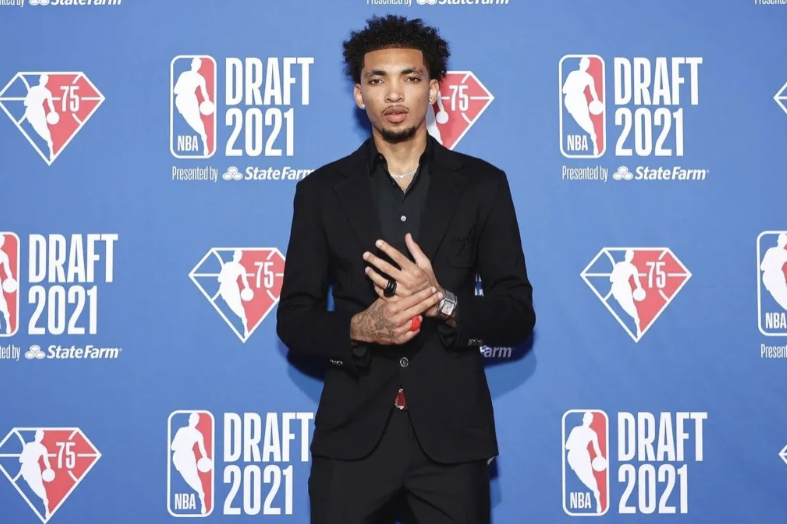 During every NBA draft the first ten selections take up a majority of the time of the draft show, but the draft is won and lost in the fifty picks remaining after the top ten. Late first and second round picks can fill in holes that teams have if they have done their scouting homework, and are the building blocks for championship teams. With that being said, here are some players that I think were incredible value at the position in which they were drafted. Guessing players’ success before they have even gotten to their NBA camps is like blindly throwing darts, but from the scouting I have done, here are my opinions.

James Bouknight: Going into the draft, I thought that the top seven was set in stone. That being, Cade, Mobley, Green, Kuminga, Suggs, Barnes and Bouknight in some order. I was shocked to see Josh Giddey selected at the sixth overall pick by the Thunder. That allowed the Warriors to grab Kuminga at seven, but somehow Bouknight fell to 11th to the Hornets. Bouknight provides potential elite scoring to go alongside LaMelo Ball in the backcourt. He also adds even more athleticism to the Hornets squad who will be a favorite to watch by all NBA fans next season.

Cameron Thomas: Last year when Kyrie went down in the playoffs and Harden was playing injured, the Nets but the entire offense on KD’s shoulders and that got them to a game seven with the eventual NBA champions. But if something like that happens again (it might, their big three is very injury prone) they need some backup options for scoring the ball. Joe Harris went ice-cold in the playoffs, so the Nets grabbing Thomas at 27 is a steal in my mind. He can isolate and score, but also showed great off-ball movement on offense and the ability to catch and shoot coming off of screens. He should be able to play next to the stars, or provide scoring relief if one of them wants to take a night off, or take an extended rest on the bench.

Shariffe Cooper: Anyone who scrolls YouTube watching high school mixtapes knows all about Cooper and his game. I was shocked that he fell to the second round, and once it got to the second he kept falling, all the way to 48 where the Atlanta Hawkjs happily selected Trae Young’s backup. In the playoffs we saw the Hawks struggle with secondary playmaking when Trae was on the bench, or after he got injured, so getting a true playmaking point guard like Cooper who can come in and manage the offense through high pick and rolls for stretches at a time will be vital for keeping Trae Young in shape for the entire season. His jumpshot is lacking currently, which is why he fell as far as he did, but we have seen pass-first point guards make out succesful careers for themselves in the past, like Andre Miller.

Kai Jones: I think that the Hornets “won” the draft with their first two picks of Bouknight and Kai Jones. That is not even including their two second round picks, who I also love in JT Thor and Scottie Lewis, who will hopefully provide strong defensive minutes next season. Jones provides one piece of what the Hornets were missing last season. A big man who is a vertical  spacer as well as a strong rim protector on defense. The Hornets had sevicable big men last season in Cody Zeller and Bismack Byombo, but both of them lacked that vertical explosiveness that would allow them to be a lob threat with the ever creative LaMelo Ball in the pick and roll. Jones also showed flashes of becoming an off the dribble scorer with very clean moves going to the rim for a player his size. He showed some shooting ability, but in his first season probably won’t be asked to do so, so that will give him time to grow in that area at practice to hopefully add that element to his game in the future.

Juhann Begarin: My last sleeper here might be a bit of a reach, as Begarin is a bit of an unknown, but the Celtics are playoff contenders now, and he is a player with enormous scoring upside who could take some stress off of Brown and Tatum in the future. Right now he is kind of like Lonnie Walker with less feel for the game, but after a few season’s studying in the Celtics system, he could be a piece for a contending team. Plus at 45th overall, it doesn’t hurt to take a flyer on a high upside foreign guy with scoring potential.