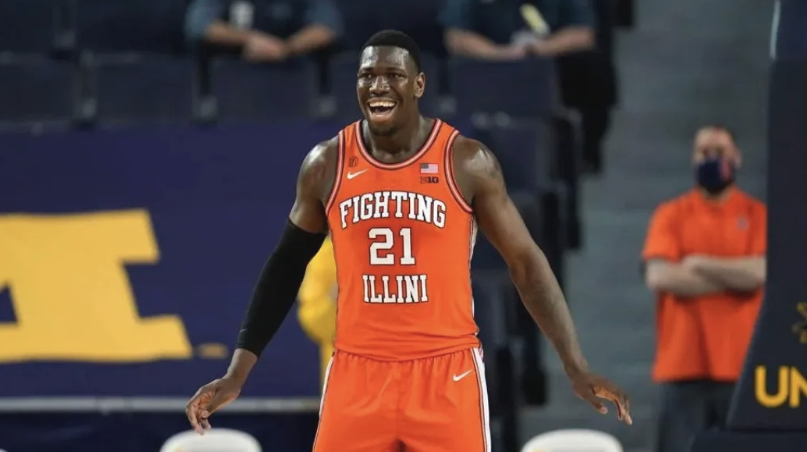 During the draft process, a lot of college basketball prospects entered their name in the NBA draft, and after the draft combine players got feedback on their draft stock. After testing the water some prospects believed it would be better if they returned to college and worked on things they received feedback on. With that, Anthony Forrester takes a look at the top prospects returning to college.

Isaiah Mobley (6’10”, Forward, USC) -Isaiah led the Trojans with 16 points and 6.5 rebounds during march madness on their memorable run to the Elite 8. Isaiah caught a lot of hype after March Madness but after going through some of the draft process Isaiah decided to return to college which is huge for USC after losing Isaiah brother Evan this NBA draft. Look for Isaiah to be a factor for USC as they look to return to March Madness and get past the Elite 8. With some returning starters in Drew Peterson and Isaiah White, and added a transfer point guard in Memphis’ Boogie Ellis.

Johnny Juzang (6’6” Shooting Guard, UCLA) -Johnny ended last season in one of the biggest games of the year. Gonzaga vs UCLA in the Final Four. With Johnny hitting a layup to tie the game and Jalen Suggs hitting a half court buzzer beater to end the game. Johnny tested the NBA waters after a magical run in March Madness but decided to return to UCLA where he will look to use last season’s result as motivation coming into this season. During the tournament Johnny averaged 22.8 points and shot 50.9% from the field. Johnny will look to dominate next season as he leads the Bruins back to the tournament.

Julian Champagne (6’8”, Guard, St. Johns) -Julian is the returning leading scorer in the Big East and St. Johns has a lot of hype coming into next season. Jullian will be looking to give St. Johns its first NCAA tournament win since 2000. Champagnie averaged 19.8 points, 7.4 rebounds, 1.4 steals and one block last year. Look for Julian to turn his level up a notch next season as St. John looks to make noise in the Big East.

Marcus Bagley (6’8” Forward, Arizona State) -Last season Arizona State star Marcus Bagley in 11 games started averaged 10.8 points and 6.2 rebounds. Those were his stats next to former teammate Josh Christopher. Look for Bagley to step up more next year in Josh’s absence. Bagley showed an ability to score in a 21 point game against Houston Baptist. Look for Bagley to take a leap in his game next season as the forward returns to ASU.

Kofi Cockburn (7’0” Center, Illinois) – Cockburn averaged 17.7 points and 9.5 rebounds while leading Illinois to a 24-7 overall record. Last season Illinois possessed a No.1 seed in the NCAA Tournament. Kofi will be returning to a Illinois team with high expectations for himself. Kofi will be a preseason candidate for awards in his conference and will be in draft talks next season. Kofi will just need to do what he does best this upcoming season and the results will show.

Max Abmas (6’1”, Guard, Oral Roberts) -The Nation’s leading scorer is returning to Oral Roberts. After a surprising March Madness run Max looks to take the college basketball world by storm again as he returns to college. Abmas led the nation in scoring with a 24.5 point per game. Abmas look to repeat and improve on those stats this upcoming season. Kevin Obanor will be leaving Oral Roberts after entering the transfer portal which is a big loss for the team and will put more weight on Max shoulders as he returns to a team with a target on their back within their conference and non conference opponents this upcoming season.

Scotty Pippen Jr. (6’3”, Guard, Vanderbilt) -Pippen set Vanderbilt’s single-season sophomore scoring record in 2021 with 20.8 points per game and was named to the All-SEC first team. Scotty had a great season in 2021 and it was only right he tested the NBA waters. Scotty’s style of play fits the NBA game and he will be in the NBA one day but as Scotty continues to develop he will continue to catch the eye of NBA scouts. Last season He shot 42.8% from the field, 35.8% from three and 85% on free throws with 4.9 assists per game. Scotty has shown that he isn’t just Scottie Pippen’s son but his own player with his own style of play. Scotty looks to lead Vanderbilt next season as it can be his last if he intends to enter next year’s NBA draft after this upcoming season might be his best season yet.