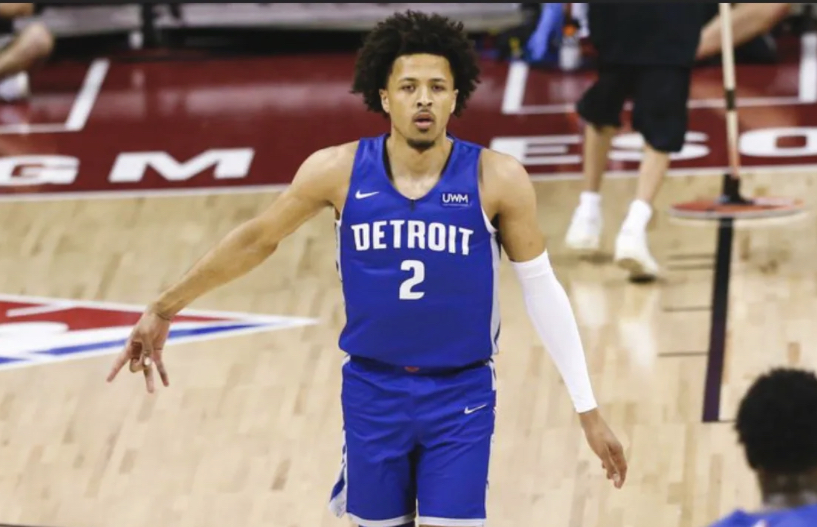 The NBA Summer League in Las Vegas is coming to a close after making its return from a one-year hiatus caused by the coronavirus pandemic. Fans were allowed to attend games at both the Thomas & Mack Center, located on the University of Las Vegas campus, as well as the Cox Pavilion — not that far away. All of these spectators were genuinely excited to watch the games at Summer League, even if they were played amongst lesser talent on an exhibition level.

This was, in large part, due to the opportunity of seeing young fenoms and potential All-Stars in the making play their first games in a NBA jersey (sort of); an opportunity that not many NBA fans could pass up.

With all of this being said, most — if not the overwhelming majority of eyes — were fixated on the top talents of this year’s recent NBA draft; players such as the likes of Jalen Green, Evan Mobely, Scottie Barnes and Jalen Suggs all took the court for the first time in their affiliated team’s jersey. However, the one player who was unrivaled when it came to attention from those in attendance was none other than Cade Cunningham — the No. 1 overall selection of the Detroit Pistons in this year’s draft.

Cunningham appeared in four of the Pistons’ five Summer League games, and had a clear showing of the type of player he is and the skillset he can provide for a young, up-and-coming Pistons team. In those four games, Cunningham averaged roughly 19 points a contest with good percentages across the board. He also displayed an ability to find and create opportunities for others, making numerous high-level reads both in the half-court and on the break.

Cunningham’s play on the court clearly displayed the potential he has to be a dominating force on the offensive side of the ball; however, in saying this, there were elements of Cunningham’s performance over the span of four contests that lacked the full impact you would like to see out of your lead player. This was evident in several of Cunningham’s four games played, some more so than others, and was often a result of losing interest in guarding a particular man; or not putting in enough effort in general in a given possession.

After the Pistons played Houston Rockets, and the No. 2 overall selection in Jalen Green, Cunningham had this to say, “I think I could’ve been a lot better defensively. I think I fell asleep a couple of times.” Being able to acknowledge this is one thing, but being able to understand your weaknesses and improve upon them is a completely different task; one that can only be determined in future competition.

Nevertheless, Cunningham was overall impactful on the game, and showed off maybe his most admirable skill — particularly at his young age of 19 — of them all: his leadership.

Whether it was on the court running the offense, communicating with his teammates in dead-ball situations or hyping his team up while resting on the bench, Cunningham displayed the qualities of a natural-born leader; and one who can certainly elevate his team by doing so.

This is not a trait that has gone unnoticed. Many across the league would agree that, without question, Cunningham has the ability to elevate others around him through his leadership qualities and traits; both on and off the basketball court. Only time will tell if these winning characteristics and plays will produce like results in the standings; and as for the fans, all they can do is watch.