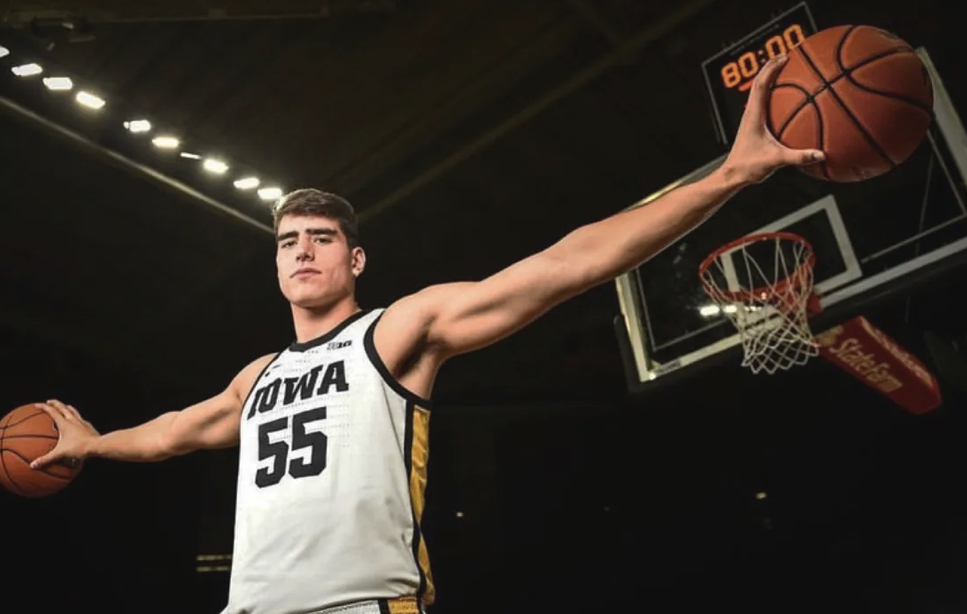 This year’s NBA draft is filled with a couple of promising young players and hidden gems. With that, Anthony Forrester takes a look at the top steals in this year’s 2021 NBA Draft.

Luka Garza, Iowa – Luka Garza had a historic career with the Hawkeyes and looks forward to his next chapter of playing in the NBA. Luka’s playstyle can translate at the next level with his ability to rebound at a high level and finish at an efficient rate in the paint. Not too many Mock Drafts have Luka being a top pick but let us not forget what he showed us at Iowa. Luka has potential at the next level but what team will take a chance on the Iowa legend.

Davion Mitchell, Baylor – Davion Mitchell had a Dewayne Wade type run in the NCAA tournament but Davion capped his run off with a title as he led the Baylor Bears to their first title in school history. Davion has that “X-factor” about him that makes him an impact player from his ability to defend at a high level and create his own offense. Davion can be a plug-and-play guy day one for whatever team takes a chance on him.

Tre Mann, Florida – Tre did not live up to expectations in his freshmen year at Florida but he returned for a sophomore year and showed why he was a McDonald’s All American coming out of high school. Tre has a high basketball IQ that will help him with his transition to the next level. Tre has the ability to hit the three at a high-efficiency rate in the NBA as he did in college. Tre has the potential to be a starting point guard at the next level.

Jonathan Kuminga, G-League Ignite – Jonathan at times in the G-League bubble looked better than Jalen Green. He has the ability to be the best player in this draft with his raw ability and limitless potential. Jonathan has the typical build for today’s NBA with his height and wingspan. He showed in the bubble that he can compete at that level and look to do the same in the league.

Cameron Thomas, LSU – Cameron is a pure scorer and his scoring ability can translate at the next level. He led freshmen in scoring in the SEC in his lone season at LSU. Cameron’s ability to knock down jumpers at a consistent clip will help him a lot in the League with the NBA being all about getting to the rim and shooting 3’s. Looking back at this draft Cameron can be the best scorer coming out of this draft.

Isaiah Todd, G-League Ignite – Isaiah was a little inconsistent early in the G-League bubble but as the season went on he showed spurts of his potential. Isaiah has the typical build for today’s modern NBA as a stretch big. Isaiah can be viewed as a project with a lot of upside. Isaiah might not get drafted in the lottery but he is a lottery-type talent with his ability to be a force on both sides of the floor.

Josh Christopher, Arizona State –Josh has the ability to be one of the best guards to come out of this draft. Josh has swagger and confidence in his game. Josh was an exciting guard at Arizona State and has the potential to bring that excitement to the league. Josh is a two-way player that takes pride when playing on both sides of the ball. Josh is an interesting prospect that can really make a splash wherever he lands.

Johnny Juzang, UCLA – Johnny’s draft stock has probably skyrocketed after his performances during march madness where UCLA came up short in the Final Four vs Gonzaga. Johnny showed his ability to be a leader and the toughness he possesses. His ability to play make and create his own shot makes him a dangerous prospect. Johnny can contribute to a team from day 1 and will continue to show his value when given an opportunity.

Ziaire Williams, Stanford – Ziaire showed flashes of his potential at Stanford as a freshmen. Ziaire has the typical NBA body frame he just has to fill his body out and get stronger. He has the ability to score from all three levels. Not only can he score the basketball but his defensive potential is intriguing at the next level. At the guard spot coming out of this draft, Ziaire is underrated but will bless whatever team selects him.

Brandon Boston JR., Kentucky – Even though Kentucky underachieved this season Brandon showed that he has a solid skill set and will be an NBA player one day. He showed his ability to be a real threat on the offensive side while showing flashes of being a good defender at the next level with his ability to get steals and create offense off of those turnovers. Brandon is another Kentucky guard that has a chance to have a good NBA career.