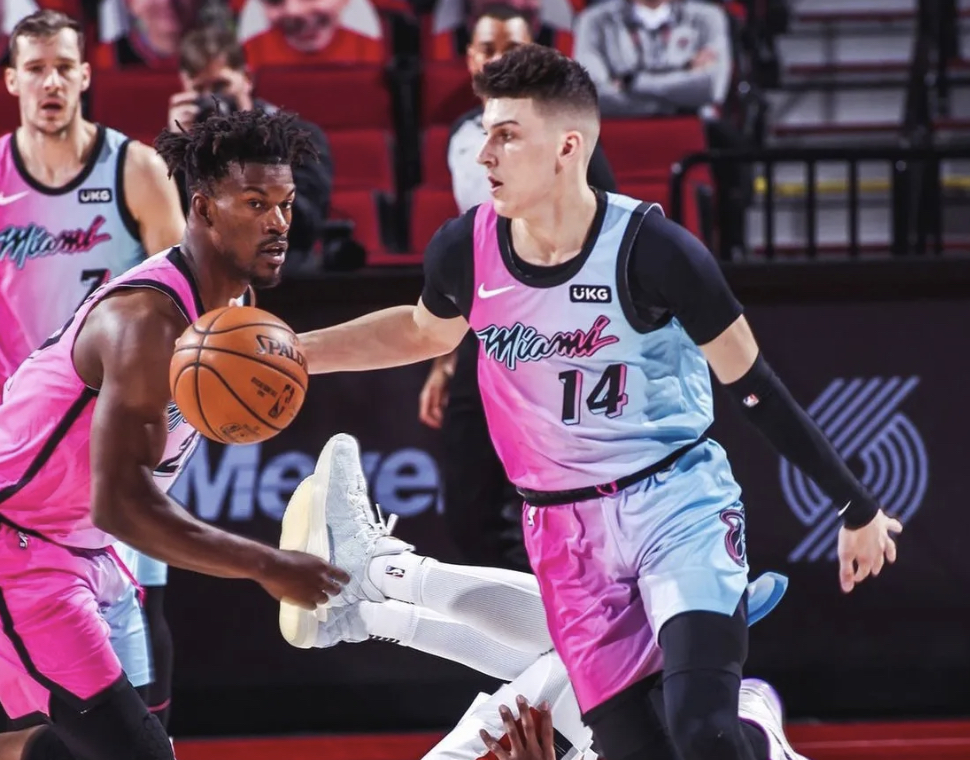 Last year in the bubble, the Miami Heat came out of nowhere to shock the Eastern Conference and go on one of the most historic playoffs runs ever to make it to the NBA Finals. As a four-seed last year, they swept the Pacers in the first round and then dropped only one game to the Milwaukee Bucks, who garnered the best regular-season record in 2019-2020. In the Conference Finals, they battled with the Celtics and ultimately defeated them in six games. They came up short in the Finals but were able to steal two games away from the heavily favored Lakers, all while being riddled with injuries to Bam Adebayo and Goran Dragic.

The Heat returned the same team to this NBA season minus veteran three and d wing Jae Crowder. However, they came out of the gates slow, starting the season off 7-14. That slow start was highly correlated to their star, Jimmy Butler contracting COVID, and missing significant time at the beginning of the season. But since that time, they have gone 23-14 and clawed their way up to the 7th seed in the east. They will hope to climb past the Knicks and snatch up the 6th seed. That way, they can avoid the play-in tournament and solidify themselves a position in the playoffs without having to earn it through extra games.

The Heat made some moves at the trade deadline to strengthen their roster even more. They traded Meyers Leonard and a second-round pick to the Thunder in return for veteran forward Trevor Ariza. They were not done there, as they then went and got Victor Oladipo from the Houston Rockets in exchange for Avery Bradley, Kelly Olynyk, and a low first-round pick. Oladipo has been affected by injuries since his arrival in South Beach. This team will be scary once Oladipo finds his place alongside the others. Ariza adds veteran leadership and depth to their frontcourt that was lacking before the trade deadline.

The success of this team lies in Jimmy Butler’s performance. We saw last year in the playoffs that Butler can take over games with his ability to get to the free-throw line and slow down the game for both teams. This year he is 5th in the NBA in fouls drawn per game, averaging six fouls drawn per contest, and frequently cashes in his attempts, as he shoots 85% from the line. But at the same time, the Heat have been good this year DESPITE Jimmy Butler. This year in the clutch (4th quarter, 5 point game, under 5 minutes left), he has played terribly. In 22 games that he has played in that fit this criterion, he is shooting just 35% from the field and……. 14.3% from three. FOURTEEN percent.

However, watching the Heat play, you can tell that Butler recognizes that he hasn’t been the best in these situations and focuses more on putting his teammates in better positions to succeed and get Miami wins. The teammate that has most notably stepped up has been Bam Adebayo. Bam has elevated his game to another level yet again this year. He is becoming much more comfortable shooting his mid-range jump shot, and this has made the other parts of his game that he was already advanced in even better. He is averaging career highs in assists and points this season and was a snub from the all-star game this year.

Last year, the Heat’s breakout star was their rookie Tyler Herro. The young man from Wisconsin looked like a veteran playing on the biggest stage last season. This season the stories we hear are about his decreased shooting numbers. I think that this is just a fluke and will correct itself as the sample size increases. But the good thing is that Herro has recognized that his shooting has been down, and has taken a more prominent role facilitating, and can initiate the offense for the bench unit if necessary.

Goran Dragic and Andre Iguodala are steady veteran presences who can both come off the bench and knock down shots and calm down young guys like Herro, who may try to bite off more than they can chew at times they are on the court. Dragic provides more on the offensive end, while Iggy still proves to be a great defender of other team’s star players, even at 37.

Kendrick Nunn and Precious Achiuwa are the two other young contributors on the Heat who play their roles well every night and have the ability to step up and do more if injuries cause them to be a higher priority for veteran coaches Erik Spoelstra.

The Heat have been overlooked this season, but if the NBA doesn’t start taking notice of this bunch, we could see another run from a group of guys led by two of the best leaders in the league, Jimmy Butler and Erik Spoelstra.